Randy Cameron Kelly (born August 2,1950) is an American politician and the former mayor of Saint Paul,Minnesota. He is a member of the Democratic-Farmer-Labor Party (DFL).

Born in the small town of Rolette,North Dakota,Kelly and his family later moved to Saint Paul,where he graduated from Harding High School,and the University of Minnesota.

Service in the Minnesota Legislature

Kelly served in the Minnesota Senate from 1991 to 2002,representing District 67 (covering most of Saint Paul's East Side),and in the Minnesota House of Representatives from 1983 to 1991,representing districts 66B and,after redistricting,67A. While in the legislature,he worked to reform Minnesota's criminal justice system,including creating a statewide criminal gang strike force,developing a four-year law enforcement degree,authoring many of the existing crime-victim and witness laws,and worked towards requiring sexual offender registration and community notification.

Kelly was the mayor of Saint Paul,Minnesota from January,2002 through January,2006. He won the office in 2001 by just 403 votes in a tight race with Jay Benanav,a city councilman. As mayor,he was noted for his efforts to increase the minimum wage and create and retain high-paying jobs. [ citation needed ]

During Kelly's term in office,his political views and several appointments generated controversy. In 2004,he rankled fellow Democrats by endorsing and campaigning for President George W. Bush's re-election. [1] According to critics,his conservative views,which may have been intended to garner support from Republicans and independents,undermined his constituent base in the Democratic Party. An unsuccessful grassroots campaign to recall him was launched shortly after his announcement in support of Bush's re-election effort.

In 2005,one of Kelly's appointees,Sia Lo,head of the criminal division of the city attorney's office,was reported to be at the center of an investigation into alleged corruption in a city development deal which focused on a new Hmong funeral home on the city's West Side. Lo was never charged.

Kelly sought reelection in 2005 and narrowly avoided being dropped from the ballot in the September primary. Fellow DFLer Chris Coleman finished in first place with 52% of the vote,Kelly at 27%,and the Green Party candidate,Elizabeth Dickinson,at 20%. The top two finishers went on to the November general election,in which Coleman defeated Kelly 69% to 31%. This was only the third loss by an incumbent Saint Paul mayor,as well as the greatest percentage loss on record for an incumbent mayor in the city's history.

In the aftermath of the election,it was suggested that Kelly's endorsement of President Bush the previous fall was a factor in his loss to Coleman. [2]

In late 2006,Kelly was named Deputy Associate Administrator for Intergovernmental Relations for the Environmental Protection Agency by President Bush. At the EPA,his duties included managing relations with governors,state legislators,mayors,county executives and other state and local officials,as well as working with the national associations representing these officials. In the position,he also served as the liaison to the White House Office of Intergovernmental Affairs. [3] He remained in this position until early 2009.

He continues to reside on Saint Paul's East Side with his wife and family. Kelly's youngest son,Reed Kelly,competed on season 29 of Survivor on CBS with his boyfriend Josh Canfield. [4]

Norman Bertram Coleman Jr. is an American politician, attorney, and lobbyist. From 2003 to 2009, he served as a United States Senator for Minnesota. From 1994 to 2002, he was mayor of Saint Paul, Minnesota. First elected as a member of the Democratic–Farmer–Labor Party (DFL), Coleman became a Republican in 1996. Elected to the Senate in 2002, he was narrowly defeated in his 2008 reelection bid. As of 2022, he is the most recent Republican to have represented Minnesota in the U.S. Senate.

The 2002 United States Senate elections featured a series of fiercely contested elections that resulted in a victory for the Republican Party, which gained two seats and thus a narrow majority from the Democratic Party in the United States Senate. The Senate seats up for election, known as class 2 Senate seats, were last up for regular election in 1996. The election was held on November 5, 2002, almost fourteen months after the September 11, 2001 attacks. 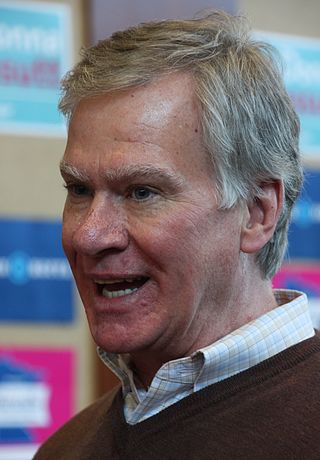 The 2005 United States elections were held on Tuesday, November 8. During this off-year election, the only seats up for election in the United States Congress were special elections held throughout the year. None of these congressional seats changed party hands. There were also two gubernatorial races, state legislative elections in two states, numerous citizen initiatives, mayoral races in several major cities, and a variety of local offices on the ballot.

Matthew "Matt" Keating Entenza is a Minnesota lawyer and former politician who served six terms in the Minnesota House of Representatives. He served as House Minority Leader from 2003 to 2006. After leaving the legislature, he was an unsuccessful candidate for various statewide offices, including governor, attorney general, and most recently state auditor. 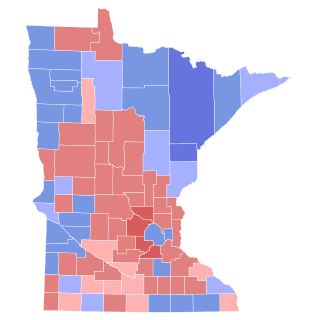 The 2002 United States Senate election in Minnesota took place on November 5, 2002. Incumbent Democratic U.S. Senator Paul Wellstone was running for reelection to a third term, but died in a plane crash eleven days before the election. The Democratic–Farmer–Labor Party (DFL) chose former Vice President and 1984 Presidential nominee Walter Mondale to replace Wellstone on the ballot. Mondale had previously held the seat from 1964 to 1976, resigning to take office as Vice President. He narrowly lost to Republican Norm Coleman, the former Mayor of Saint Paul. The day before the election, Governor Jesse Ventura appointed the 1996 Independence Party candidate, Dean Barkley, to serve the remainder of Wellstone's term.

The 2008 Minnesota U.S. House of Representatives elections took place on November 4, 2008. All 8 congressional seats that make up the state's delegation were contested. Representatives were elected for two-year terms; those elected served in the 111th United States Congress from January 4, 2009 until January 3, 2011.

Irish in Saint Paul, Minnesota have played an integral part in the founding and the growth of the city. The first Irish to settle in Saint Paul were three demobilised soldiers from Fort Snelling who were natives of Ireland. They became the first settlers in the area of downtown Saint Paul. Helped by Archbishop John Ireland, thousands of Irish emigrated from Ireland and Eastern cities in the United States to Minnesota; and especially large number settled in Saint Paul. 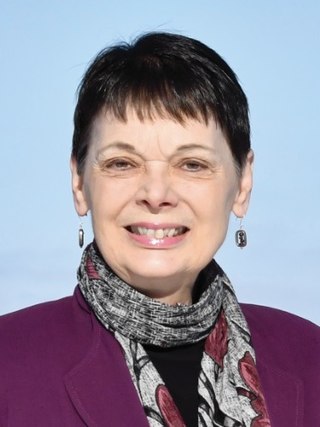 Sandra L. "Sandy" Pappas is a Minnesota politician and former President of the Minnesota Senate. A member of the Minnesota Democratic–Farmer–Labor Party (DFL), she represents District 65, which includes portions of Saint Paul in Ramsey County in the Twin Cities metropolitan area.

Andrew J. Dawkins is an American politician and attorney from Minnesota. Dawkins is a former member of the Minnesota House of Representatives from Saint Paul. Running as a Democrat, Dawkins was first elected in 1986 to represent District 65A, and was reelected every two years until opting not to seek reelection in 2002. In 1993, he ran an unsuccessful campaign for mayor of Saint Paul against Norm Coleman. He married Ellen Anderson, a Minnesota state senator from St. Paul, in 1995; they divorced in 2018. He was the Green Party of Minnesota nominee for Minnesota Attorney General in the 2014 election, earning 1.5% of the vote and restoring the party's minor-party status.

Randy L. Demmer is a Minnesota politician and a former member of the Minnesota House of Representatives who represented District 29A, which includes portions of Dodge and Olmsted counties in the southeastern part of the state. A Republican, he is also a local business owner, manager, and consultant. 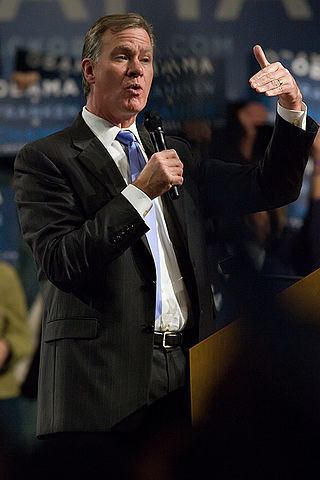 The 2013 Saint Paul mayoral election was held on November 5, 2013 to elect the Mayor of Saint Paul, Minnesota for a four-year term. Incumbent Chris Coleman won re-election for a third term in the first round with 78.23% of the vote.