Hetet was born in Oparure, King Country, New Zealand on 24 May 1892, the daughter of Charles Wilson Hursthouse and Mere Te Rongopamamao Aubrey. [1] Through her father she was a niece of Richmond Hursthouse and Henry Robert Richmond. As her father was generally away for survey work, she grew up amongst Ngati Kinohaku, a hapū (sub-tribe) of Ngati Maniapoto. In 1899, her father instructed for her to live with a European family at Paemako near Piopio, where she started her schooling. She was unhappy with the arrangements and a year later, she moved to live with an older half-sister in Kāwhia. After breaking her arm aged nine, she returned to live with her mother, and attended Te Kuiti Native School and then Oparure Native School. [1] She was taught the art of weaving korowai (dressed flax cloaks) by her mother. [1]

On 16 February 1911, she married the carpenter Tuheka Taonui Hetet at Oparure. He was descended from a French whaler. They had two children before he went to fight in World War I, and another three after his return. He was affected by gas poisoning and died suddenly in 1938. [1]

In the 1950s Hetet escalated her weaving efforts as a result of encouragement received from the Māori Women's Welfare League. From that time onward she began to regularly produce cloaks and other items. She passed her knowledge on to and helped train her daughter Diggeress Te Kanawa in the art of weaving. [2] Hetet passed on her detailed knowledge of the different types of flax and other plants that provide the material to be weaved as well as how to produce and fix dyes to the fibres in preparation for weaving. [3]

Otorohanga is a north King Country town in the Waikato region in the North Island of New Zealand. It is located 53 kilometres (33 mi) south of Hamilton and 18 kilometres (11 mi) north of Te Kuiti, on the Waipa River. It is a service town for the surrounding dairy-farming district. It is recognised as the "gateway" to the Waitomo Caves and as the "Kiwiana Town" of New Zealand. Until 2007, Otorohanga held a yearly 'Kiwiana Festival.' 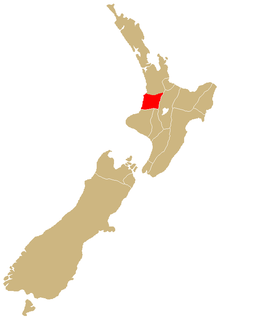 Ngāti Maniapoto is an iwi (tribe) based in the King Country region of New Zealand's North Island. It is part of the Tainui confederation, the members of which trace their whakapapa (genealogy) back to people who arrived in Aotearoa on the waka (canoe) Tainui. The 2006 New Zealand census shows the iwi to have a membership of 33,627, making it the 7th biggest iwi in New Zealand. 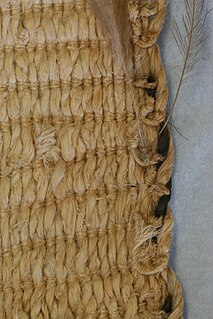 Tāniko is a traditional weaving technique of the Māori of New Zealand related to "twining". It may also refer to the resulting bands of weaving, or to the traditional designs.

There are at least four different people called Te Kanawa.

Erenora Puketapu-Hetet was a noted New Zealand weaver and author. She was a key figure in the Māori cultural renaissance and helped lift Māori weaving from a craft to an art.

Ngāti Te Wehi or Ngāti Te Weehi is a Māori iwi (tribe) based in Kawhia on the west coast of New Zealand's North Island. 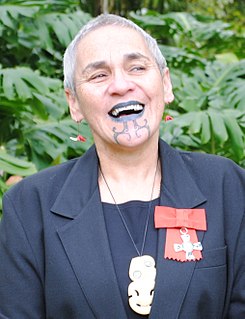 Dr. Maureen Lander was born in 1942 in Rawene, New Zealand. She is a weaver, multimedia installation artist and academic of Ngāpuhi, Te Hikitu, Irish, Scottish and English (Yorkshire) descent. Lander is a well-respected and significant Māori artist who since 1986 has exhibited, photographed, written and taught Māori art. She continues to produce and exhibit work as well as attend residencies and symposia both nationally and internationally. 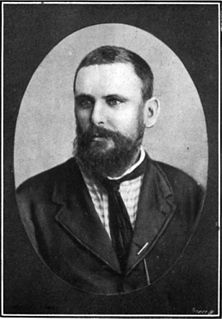 Charles Wilson Hursthouse, also known by his Māori name Wirihana, was an English-born New Zealand surveyor, public servant, politician, and soldier. He laid out part of the North Island Main Trunk railway through the King Country. 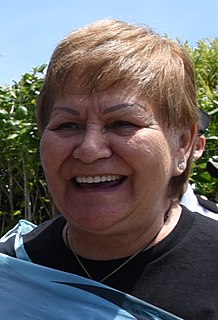 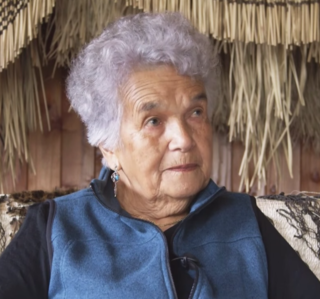 Matekino Lawless is a New Zealand master weaver from Ngāti Maniapoto and Ngāti Whawhakia iwi. Her work is held at marae, in private collections, in the collections of New Zealand and international museums, and at the Headquarters of the United Nations. 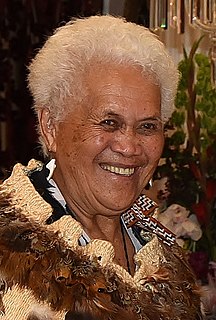 Pareaute Polly Nathan is a New Zealand Māori educator and weaver; she is a member of the Tainui and Te Rarawa tribes. In the 2016 Queen's Birthday Honours, she was awarded the Queen's Service Medal, for services to Māori and education.