In Euclidean plane geometry, a rectangle is a quadrilateral with four right angles. It can also be defined as an equiangular quadrilateral, since equiangular means that all of its angles are equal (360°/4 = 90°). It can also be defined as a parallelogram containing a right angle. A rectangle with four sides of equal length is a square. The term oblong is occasionally used to refer to a non-square rectangle. [1] [2] [3] A rectangle with vertices ABCD would be denoted as  ABCD.

The word rectangle comes from the Latin rectangulus, which is a combination of rectus (as an adjective, right, proper) and angulus (angle).

A crossed rectangle is a crossed (self-intersecting) quadrilateral which consists of two opposite sides of a rectangle along with the two diagonals. [4] It is a special case of an antiparallelogram, and its angles are not right angles. Other geometries, such as spherical, elliptic, and hyperbolic, have so-called rectangles with opposite sides equal in length and equal angles that are not right angles.

Rectangles are involved in many tiling problems, such as tiling the plane by rectangles or tiling a rectangle by polygons.

A convex quadrilateral is a rectangle if and only if it is any one of the following: [5] [6]

A rectangle is a special case of a parallelogram in which each pair of adjacent sides is perpendicular.

A parallelogram is a special case of a trapezium (known as a trapezoid in North America) in which both pairs of opposite sides are parallel and equal in length.

A trapezium is a convex quadrilateral which has at least one pair of parallel opposite sides.

A convex quadrilateral is

A rectangle is cyclic: all corners lie on a single circle.

It is equiangular: all its corner angles are equal (each of 90 degrees).

It is isogonal or vertex-transitive: all corners lie within the same symmetry orbit.

The dual polygon of a rectangle is a rhombus, as shown in the table below. [10]

A rectangle is rectilinear: its sides meet at right angles.

A rectangle in the plane can be defined by five independent degrees of freedom consisting, for example, of three for position (comprising two of translation and one of rotation), one for shape (aspect ratio), and one for overall size (area).

Two rectangles, neither of which will fit inside the other, are said to be incomparable.

If a rectangle has length

The isoperimetric theorem for rectangles states that among all rectangles of a given perimeter, the square has the largest area.

The midpoints of the sides of any quadrilateral with perpendicular diagonals form a rectangle.

A parallelogram with equal diagonals is a rectangle.

The British flag theorem states that with vertices denoted A, B, C, and D, for any point P on the same plane of a rectangle: [12]

For every convex body C in the plane, we can inscribe a rectangle r in C such that a homothetic copy R of r is circumscribed about C and the positive homothety ratio is at most 2 and

A crossed quadrilateral is sometimes likened to a bow tie or butterfly. A three-dimensional rectangular wire frame that is twisted can take the shape of a bow tie. A crossed rectangle is sometimes called an "angular eight".

The interior of a crossed rectangle can have a polygon density of ±1 in each triangle, dependent upon the winding orientation as clockwise or counterclockwise.

A crossed rectangle is not equiangular. The sum of its interior angles (two acute and two reflex), as with any crossed quadrilateral, is 720°. [14]

A rectangle and a crossed rectangle are quadrilaterals with the following properties in common:

In spherical geometry, a spherical rectangle is a figure whose four edges are great circle arcs which meet at equal angles greater than 90°. Opposite arcs are equal in length. The surface of a sphere in Euclidean solid geometry is a non-Euclidean surface in the sense of elliptic geometry. Spherical geometry is the simplest form of elliptic geometry.

In elliptic geometry, an elliptic rectangle is a figure in the elliptic plane whose four edges are elliptic arcs which meet at equal angles greater than 90°. Opposite arcs are equal in length.

In hyperbolic geometry, a hyperbolic rectangle is a figure in the hyperbolic plane whose four edges are hyperbolic arcs which meet at equal angles less than 90°. Opposite arcs are equal in length.

The rectangle is used in many periodic tessellation patterns, in brickwork, for example, these tilings:

Squared, perfect, and other tiled rectangles

A rectangle has commensurable sides if and only if it is tileable by a finite number of unequal squares. [15] [17] The same is true if the tiles are unequal isosceles right triangles.

The tilings of rectangles by other tiles which have attracted the most attention are those by congruent non-rectangular polyominoes, allowing all rotations and reflections. There are also tilings by congruent polyaboloes. 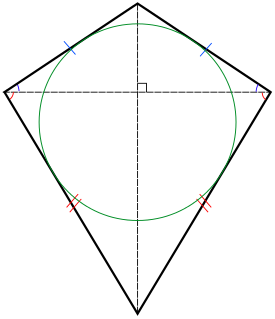 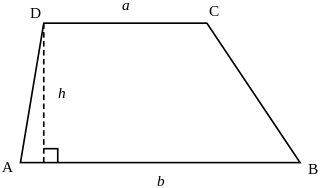 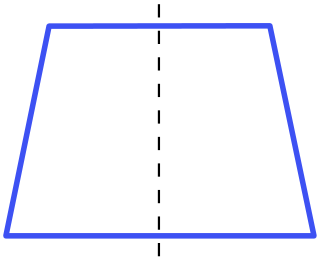 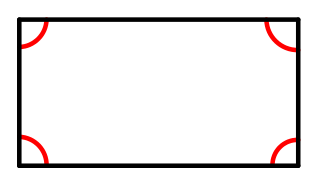 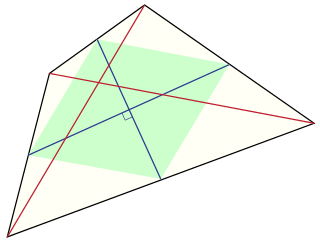