Reginald Roy Grundy AC , OBE (4 August 1923 – 6 May 2016) was an Australian entrepreneur and media mogul, best known for his numerous television productions. He was the producer of various Australian game shows, such as Blankety Blanks (based on a Mark Goodson–Bill Todman production, Match Game ) and Wheel of Fortune (based on the US Merv Griffin production of the same name), before later diversifying into soap operas and serials including Prisoner , The Young Doctors , Sons and Daughters and Neighbours , the latter of which was inducted into the Logie Hall of Fame in 2005.

Reginald Roy Grundy was born on 4 August 1923 in Sydney, New South Wales, to Roy Grundy and Lillian Lees. [1] [2] Grundy served in the Australian Army during World War II as a Sergeant stationed in Sydney in the 1 Motor Division Signals. He enlisted in December 1941 and was discharged in August 1946. [3]

Grundy started his media career as a boxing and general sports commentator for the Sydney radio station 2SM in 1947. [4] While he was working at 2CH Sydney in 1957, Grundy conceived and hosted the Wheel of Fortune game show on radio, which moved to Channel Nine two years later. [1] He founded his own production company Reg Grundy Enterprises in 1960, and began producing game shows for the Australian and overseas market, before eventually branching out into drama in 1973. In 1977, he co-produced ABBA: The Movie . [5]

The company produced several successful television soap operas and drama series, including Class of '74 , The Restless Years , The Young Doctors , Prisoner , Glenview High , Sons and Daughters and Neighbours . [2] Grundy was the first person to sell an Australian drama to America (Prisoner) and the first to sell an Australian quiz show to the UK ( Going for Gold ). [2] He subsequently started the US-based company Reg Grundy Productions, which produced the 1980s NBC daytime game shows Sale of the Century and Scrabble , as well as Time Machine for NBC, Bruce Forsyth's Hot Streak for ABC, and Scattergories (also for NBC). [2]

The Grundy Organisation was ultimately owned by Grundy Worldwide Ltd, based in the tax haven of Bermuda. [6] In 1995, he sold the Grundy Organisation to the media and publishing company Pearson PLC, now Fremantle, for $386 million. [7] Grundy owned the private media investment company RG Capital, which had shares in several FM radio stations. [7] Grundy also had shares in WAM Capital, Austereo, Argus Solutions and Photon Group. [8]

Grundy had a lifelong passion for wildlife photography. He published a book of photographs in 2005, The Wildlife of Reg Grundy. [9] In June 2009, an exhibition of photographs of Bermuda Longtail birds by Grundy, "Longtails: The Bermuda Dream", opened in The Rick Faries Gallery at the Masterworks Museum of Bermuda Art. [10] [11]

Grundy married Patricia Lola Powell in 1954 and they had a daughter, Kim. [12] After Grundy and Powell divorced, he married the actress and author Joy Chambers in 1971. [12] The couple met at a television audition in the 1960s. Chambers was 18 and Grundy was in his forties. [8] They renewed their vows several times. [8] Grundy and Chambers moved to Bermuda in 1982. [13]

Grundy died on 6 May 2016 at his Bermuda home, with his family by his side. No cause was given. [13] [1] After his death was announced, many tributes were paid to Grundy. [18] Presenter Andrew Denton commented, "I'm sure the record will show that more Australians have watched more hours of Reg Grundy television than that of any other individual." [18] While actress Jackie Woodburne, who worked on Grundy productions Neighbours, Prisoner and The Young Doctors, stated that "Reg was a true groundbreaker in Australian television in the [']70s and [']80s, and beyond[,] in light entertainment and drama." [18]

Tracy Grimshaw, who interviewed Grundy in 2010, said: "RG was a pioneer in game shows, in drama, in soapies. He was a star maker. But he totally rejected the limelight. He only gave one television interview in his life, and I was privileged and fascinated to be the one who spoke with him." [18] Grimshaw's interview with Grundy was rebroadcast during the 9 May edition of A Current Affair . [1] Ian Hogg, whose company bought Grundy Organisation, announced that FremantleMedia were thinking of a permanent way to honour Grundy. [18]

Grundy was appointed an Officer of the Order of the British Empire in the New Years Honours of 1983. [19] He was appointed a Companion of the Order of Australia in the Queen's Birthday Honours of 2008. [20] [21] He received the International Emmy Founders Award in 1996 and the AFI Raymond Longford Award in 2010. [22] In July 2004, he was awarded an Honorary Doctorate of Philosophy by the University of Queensland. [23]

BBC UKTV is an Australian pay television channel in Australia and New Zealand, screening British entertainment programming, sourced mainly from the archives of the BBC, RTL Group and ITV plc. The channel was originally a joint venture with Foxtel, the RTL Group and BBC Worldwide. It is now owned solely by BBC Studios. It is the home of the channel's flagship programme The Graham Norton Show.

Fremantle is a British-American multinational television production and distribution company based in London. The original Fremantle was founded in 1952 as Fremantle International, and was independent until 1995. The former company was renamed FremantleMedia on August 20, 2001, following the 2000 merger of Pearson Television and Bertelsmann's CLT-UFA to form the RTL Group. Since 1995, Fremantle has been famously involved in the distribution of American game shows in the United States and internationally.

Joy Chambers is an Australian actress, author, and businesswoman.

Reg Grundy Productions was an Australian television production company founded in 1959 by businessman Reg Grundy. It later branched out into Europe and the United States. The company first produced game shows, then branched into soap operas in 1973. In 1995 Reg Grundy sold the company to Pearson Television, which has since become known as Fremantle and is part of the RTL Group. In 2006 FremantleMedia merged Grundy Television and Crackerjack Productions to form Fremantle Australia. Until 2013 the Grundy name still existed in Germany as Grundy Light Entertainment and in Italy as Grundy Productions Italy.

Shane Connor is an Australian actor, who has had extensive experience in both stage, television and film productions, both locally and internationally

Richmond Hill is an Australian television soap opera made in 1988 by the Reg Grundy Organisation for the Ten Network. It was devised by Reg Watson who also created Neighbours. It debuted on 27 January 1988 as a two-hour premiere telemovie episode on Network 10 at 7.30pm. The series was only moderately successful and was cancelled on 22 June 1988. A total of 91 episodes were produced.

Until Tomorrow is an Australian television soap opera created by Reg Watson. The series was produced in colour by the Reg Grundy Organisation for the Seven Network in 1975. It was the second soap opera made by the Reg Grundy Organisation, the first having been Class of '74. It is notable for having been made in Brisbane as opposed to Sydney or Melbourne, and was one of the few Australian soap operas produced for a daytime slot. 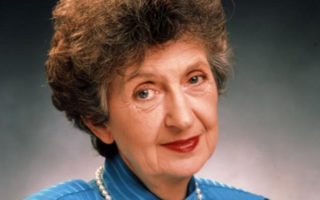 Jean Vivra Gray, known professionally as Vivean Gray, was an English-born Australian television and film actress. She appeared in the film Picnic at Hanging Rock, but her best-known roles were in TV soap operas, including: Ida Jessup in The Sullivans, Edna Pearson in Prisoner and Nell Mangel in Neighbours. She retired in 1988, moving back to her native England to Shoreham-by-Sea, West Sussex, where she lived a quiet and private life. 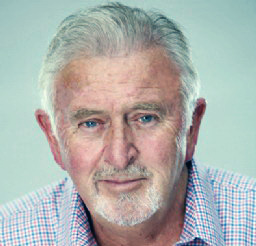 Fiona Corke is an Australian actress best known for her role as Gail Robinson on the Australian soap opera Neighbours.

Neighbours is an Australian television soap opera that was first broadcast on the Seven Network on 18 March 1985. It was created by TV executive Reg Watson, who proposed the idea of making a show that focused on realistic stories and portrayed adults and teenagers who talk openly and solve their problems together. Seven decided to commission the show following the success of Watson's earlier soap Sons and Daughters, which aired on the network. Although successful in Melbourne, Neighbours underperformed in the Sydney market and struggled for months before Seven cancelled it. The show was immediately bought by rival network Ten. After taking over production of the show, the new network had to build replica sets because Seven destroyed the originals to prevent its rival from obtaining them. Ten began screening Neighbours on 20 January 1986, beginning where the previous series left off and commencing with episode 171. Neighbours has since become the longest-running drama series in Australian television and in 2005, it was inducted collectively into the Logie Hall of Fame.

Peter Norman Pinne is an Australian-born writer and composer, he has worked frequently in America and Britain.

Donald Gordon Battye was an Australian composer, writer and television producer, best known for his work with Crawford Productions and Reg Grundy Organisation.

Fremantle Australia is the Australian arm of global British production and entertainment company Fremantle. It was formed in 2006 by the merger of market leader Grundy Television and comedy specialists Crackerjack Productions, which had both been acquired previously by Fremantle.

Jan Russ is an Australian casting director and actor best known for her work on the soap opera Neighbours from the show's beginning in 1985 to her departure in 2009. Russ was also the casting director on Prisoner until the show's cancellation. In 2009, Russ made a guest appearance in City Homicide, the first time she had acted since 1982.

This article is a summary of 1979 in Australian television.