France is divided into eighteen administrative regions (French : régions, singular région [ʁeʒjɔ̃] ), of which thirteen are located in metropolitan France (in Europe), while the other five are overseas regions (not to be confused with the overseas collectivities, which have a semi-autonomous status). [1]

Further information: Territorial evolution of France and Decentralisation in France

The term région was officially created by the Law of Decentralisation (2 March 1982), which also gave regions their legal status. The first direct elections for regional representatives took place on 16 March 1986. [2]

Between 1982 and 2015, there were 22 regions in Metropolitan France. Before 2011, there were four overseas regions (French Guiana, Guadeloupe, Martinique, and Réunion); in 2011 Mayotte became the fifth.

Reform and mergers of regions

The law gave interim names for most of the new regions by combining the names of the former regions, e.g. the region composed of Aquitaine, Poitou-Charentes and Limousin was temporarily called Aquitaine-Limousin-Poitou-Charentes. However, the combined region of Upper and Lower Normandy is simply called "Normandy" (Normandie). Permanent names were proposed by the new regional councils by 1 July 2016 and new names confirmed by the Conseil d'État by 30 September 2016. [6] [7] The legislation defining the new regions also allowed the Centre region to officially change its name to "Centre-Val de Loire" with effect from January 2015. [8] Two regions, Auvergne-Rhône-Alpes and Bourgogne-Franche-Comté, opted to retain their interim names. [9] [10]

Given below is a table of former regions and which new region they became part of.

Regions lack separate legislative authority and therefore cannot write their own statutory law. They levy their own taxes and, in return, receive a decreasing part of their budget from the central government, which gives them a portion of the taxes it levies. They also have considerable budgets managed by a regional council (conseil régional) made up of representatives voted into office in regional elections.

A region's primary responsibility is to build and furnish high schools. In March 2004, the French central government unveiled a controversial plan to transfer regulation of certain categories of non-teaching school staff to the regional authorities. Critics of this plan contended that tax revenue was insufficient to pay for the resulting costs, and that such measures would increase regional inequalities.

In addition, regions have considerable discretionary power over infrastructural spending, e.g., education, public transit, universities and research, and assistance to business owners. This has meant that the heads of wealthy regions such as Île-de-France or Rhône-Alpes can be high-profile positions.

Proposals to give regions limited legislative autonomy have met with considerable resistance; others propose transferring certain powers from the departments to their respective regions, leaving the former with limited authority.

Number of regions controlled by each coalition since 1986.

Overseas region (French : Région d'outre-mer) is a recent designation, given to the overseas departments that have similar powers to those of the regions of metropolitan France. As integral parts of the French Republic, they are represented in the National Assembly, Senate and Economic and Social Council, elect a Member of the European Parliament (MEP) and use the euro as their currency.

Although these territories have had these political powers since 1982, when France's decentralisation policy dictated that they be given elected regional councils along with other regional powers, the designation overseas regions dates only to the 2003 constitutional change; indeed, the new wording of the constitution aims to give no precedence to either appellation overseas department or overseas region, although the second is still virtually unused by French media.

The following have overseas region status:

^ Saint Pierre and Miquelon (off Canada, in North America), once an overseas department, was demoted to a territorial collectivity in 1985.

A territorial collectivity is a chartered subdivision of France, with recognized governing authority. It is the generic name for any subdivision with an elective form of local government and local regulatory authority. The nature of a French territorial collectivity is set forth in Article 72 of the French Constitution of 1958, which provides for local autonomy within limits prescribed by law.

La Première is a French network of radio and television stations operating in France's overseas departments and collectivities around the world.

The following are ranked lists of French regions. 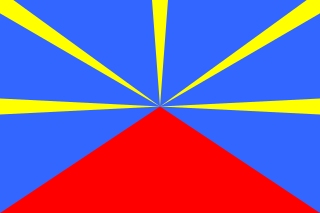 The Réunion national football team is the regional team of the French overseas department and region of Réunion and is controlled by the Réunionese Football League, local branch of the French Football Federation. Réunion is not a member of FIFA and is only an associate member of CAF, and is therefore not eligible to enter either the World Cup or the Africa Cup of Nations. However, it has played numerous matches, most of them against the island nations of Madagascar, Mauritius, and the Seychelles.

The French overseas collectivities, are first-order administrative divisions of France, like the French regions, but have a semi-autonomous status. The COMs include some former French overseas colonies and other French overseas entities with a particular status, all of which became COMs by constitutional reform on 28 March 2003. The COMs differ from overseas regions and overseas departments, which have the same status as metropolitan France but are located outside Europe. As integral parts of France, overseas collectivities are represented in the National Assembly, Senate and Economic and Social Council and can vote to elect members of the European Parliament (MEPs). The Pacific COMs use the CFP franc, a currency pegged to the euro, whereas the Atlantic COMs use the euro itself. As of 31 March 2011, there were five COMs:

A regional council is the elected assembly of a region of France. 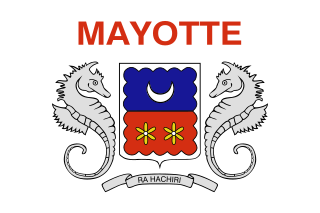 In the NUTS codes of France (FR), the three levels are:

Overseas France consists of thirteen French-administered territories outside Europe, mostly the remains of the French colonial empire that chose to remain a part of the French state under various statuses after decolonization. They are part of the European Union. This collective name is used in everyday life in France but is not an administrative designation in its own right. Indeed, the five overseas regions have exactly the same administrative status as the metropolitan regions while the five overseas collectivities are semi-autonomous and New Caledonia is an autonomous territory. Overseas France includes island territories in the Atlantic, Pacific and Indian Oceans, French Guiana on the South American continent, and several peri-Antarctic islands as well as a claim in Antarctica. Excluding the district of Adélie Land, where French sovereignty is effective de jure by French law, but where the French exclusive claim on this part of Antarctica is frozen by the Antarctic Treaty, overseas France covers a land area of 119,396 km2 (46,099 sq mi) and accounts for 18.0% of the French Republic's land territory. Its exclusive economic zone (EEZ) of 9,825,538 km2 (3,793,661 sq mi) accounts for 96.7% of the EEZ of the French Republic. 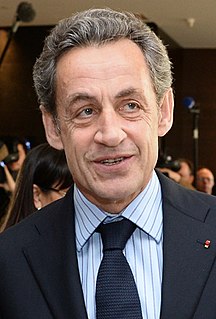 Regional elections were held in France on 6 and 13 December 2015. At stake were the regional councils in metropolitan and overseas France including the Corsican Assembly and inaugural seats in the Assembly of French Guiana and Assembly of Martinique, all for a six-year term. The Departmental Council of Mayotte, which also exercises the powers of a region, was the only region not participating in this election, having already been renewed on 2 April 2015. There were 18 regional presidencies at stake, with 13 in mainland France and Corsica, as well as 5 overseas. Though they do not have legislative autonomy, these territorial collectivities manage sizable budgets. Moreover, regional elections are often taken as a mid-term opinion poll. 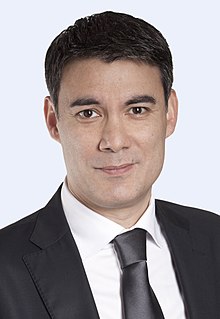 Regional elections were held in France on 20 June and 27 June 2021. At stake were the regional councils in metropolitan and overseas France including the Corsican Assembly, Assembly of French Guiana and Assembly of Martinique, all for a six-year term. The Departmental Council of Mayotte, which also exercises the powers of a region, also participated in this election, because the departmental elections were held at the same time. Eighteen regional presidencies were at stake, with thirteen in mainland France and Corsica, as well as five overseas. Though they do not have legislative autonomy, these territorial collectivities manage sizable budgets. Moreover, regional elections are often perceived as a mid-term opinion poll. Due to the COVID-19 pandemic, the regional and departmental elections were postponed, first to 13 and 20 June 2021 and then to 20 and 27 June 2021.

This is a list of countries showing past and future population density, ranging from 1950 to 2100, as estimated by the 2017 revision of the World Population Prospects database by the United Nations Population Division. The population density equals the number of human inhabitants per square kilometer of land area.