Kvammen was a prominent member of the Norwegian bronze-medal winning team in the 1936 Olympics, and also played in the World Cup two years later. At club level, he scored 202 goals, [3] which to this date is still a Viking club record. [4]

After his career as player, Kvammen had spells as coach at Molde, [5] Bryne and Viking.

Kristian Valen is a comedian, actor, singer and songwriter originally from Stavanger, Norway. Known for comedic impressions, Valen has also pursued a serious music career; his pop music album Listen When Alone was released internationally in Europe and Asia. Valen was asked by Katherine Jackson to perform his song "Still Here" at the Jackson Family Foundation's Forever Michael: A Celebration of an Icon, the one year Michael Jackson memorial show held in 2010 at Beverly Hilton Hotel the home of the Golden Globes in Los Angeles.

Leopold "Poldi" Kielholz was a Swiss football striker. He participated in the 1934 FIFA World Cup, scoring 3 goals, and also in the 1938 FIFA World Cup. Historically, he was the first Swiss international to score a goal for his country in a World Cup tournament. He was wearing glasses during games.

André Saltvold Danielsen is a Norwegian former footballer who played as a defensive midfielder or right-back.

William Danielsen was a Norwegian footballer. He played for Viking. He scored 180 goals in 370 games for Viking from 1931-1952. 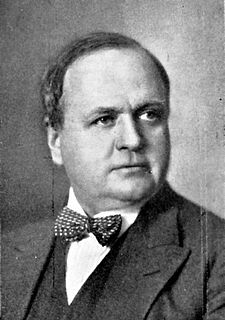 Johan Clausen Haanes was a Norwegian tennis player, ski jumper, bandy player and track and field athlete. He was among Norway's best tennis players of all time.

Kenneth Sola is a Norwegian footballer who plays as a defender for Sandnes Ulf.

Jens Olaf Gjerløw was a Norwegian newspaper editor. He was editor for the newspaper Morgenbladet from 1920 until his death in 1949, except for a period in German prisons during World War II.

Idrettslaget Viking was a Norwegian multi-sports club from Stavanger, Rogaland.

Christian Anker-Larsen was a Norwegian athlete and newspaper editor.

The 2021 Eliteserien will be the 77th season of top-tier football in Norway.