Lunde may refer to:

Asbjørn Reidar Jordahl is a Norwegian journalist and a politician for the Labour Party. Jordahl worked for the newspaper Tidens Krav in Kristiansund from 1959 to 1967. He represented Møre og Romsdal in the Norwegian Parliament 1977–81, and served as Minister of Transport and Communications 1978–1979. In 1981 he became editor-in-chief of Tidens Krav. 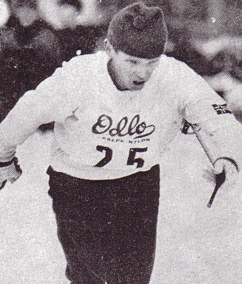 Hardball is a Norwegian investment company founded in 2004 to finance player transfers for the association football team SK Brann from Bergen, Norway. Former news editor at Norwegian TV 2 and managing director of software company Vizrt, Bjarne Berg, fronted Hardball and was one of several members of the investors group until his death in 2010.

Reidar Andreas Hirsti was a Norwegian newspaper editor and politician for the Labour Party.

The National Institute for Consumer Research is a consumer affairs research institute based in Oslo, Norway. It has researchers in both social and natural sciences.

Reidar Rye Haugan was an American newspaper editor and publisher. 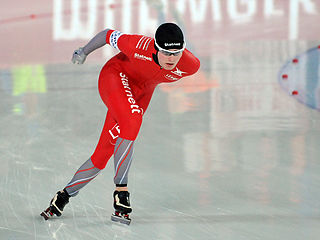 Sverre Lunde Pedersen is a Norwegian speed skater. He is the son of former speed-skater Jarle Pedersen.

Terje Torberg Vevik Bratberg is a Norwegian historian and encyclopedist. He got his cand.philol. degree with his thesis on Jens Bjelke in 1990. Bratberg is the editor of the Norwegian language-encyclopedia on the city Trondheim, named Trondheim byleksikon.

Haraldsen is a Norwegian surname. Notable people with the surname include:

Reidar Sundby was a Norwegian footballer.

Trollfossen is a Norwegian film from 1948. It was directed by Alf Scott-Hansen and featured Ola Isene and Wenche Foss in the lead roles.

5 år – som vi så dem is a Norwegian documentary from 1947, directed by Per G. Jonson and Bredo Lind.