Ren Han was born in 1984 in Tianjin,China. He graduated from the Oil Painting Department of the Tianjin Academy of Fine Arts in 2006,then he graduated from the Villa Arson(Ecole Nationale Supérieure d’Art in Nice) in 2011 and obtained the DNSEP (National Superior Diploma of Expression of Plastic Arts). In the same year,he was selected for the Jeune Creation in France. In 2017 Ren Han won the Rock Award from Wang Shikuo Art Foundation and Today Art Museum. In 2019 he was selected for the Salon de Montrouge and received the fellowship from the French Ministry of Culture,Department of Hauts-de-Seine and city of Montrouge. Ren Han's work can be regarded as a series of systematic researches on artistic creation,image,and visual experience,which are deeply rooted in the context of visual cultural consumption in the post-network era. His works include drawings,installations,and site-specific works. He reproduces and processes ready-made objects/images. The strange and primitive relationship between human beings and nature is the theme often discussed by Ren Han. He questions the meaning of human beings’continuous construction and destruction driven by desire. The duality presented in his works not only denote the eternal co-existence of binary oppositions of self and other,but also the philosophical relationships of mind and matter,mind and body,as well as man and nature. In addition to his work as an artist,He is also the co-founder of the Space Regeneration Projects. [2]

Zhang Dali is an artist based in Beijing.

Sui Jianguo,professor and ex-chairman of the Department of Sculpture in Central Academy of Fine Arts in Beijing,is a contemporary Chinese artist. 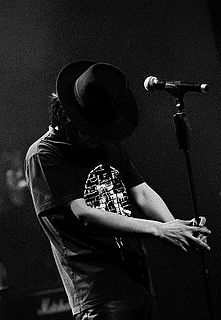 Liu Bolin is a contemporary concealment artist born in China's Shandong province. He earned his Bachelor of Fine Arts from the Shandong College of Arts in 1995 and his Master of Fine Arts from the Central Academy of Fine Arts in Beijing in 2001. His work has been exhibited in museums around the world. Also known as "the invisible man",Liu's most popular works are from his "Hiding in the City" series,photographic works that began as performance art in 2005 in response to the artists' village in which he worked in Beijing being demolished in preparation for the 2008 Beijing Olympics.

Liu Kuo-sung is a Chinese artist based in Taipei,Taiwan. Liu is widely regarded as one of the earliest and most important advocates and practitioners of modernist Chinese painting. He is also a writer on contemporary Chinese art.

Wang Yan Cheng is a Chinese painter born January 9,1960,in Guangdong province,living and working in France.

Hadrien de Montferrand is a French dealer in Chinese contemporary art. He has worked as marketing director for Artcurial,the largest French auction house,and for the UCCA Center for Contemporary Art in Beijing. He has headed the development of the gallery in Beijing since 2009.

Takesada Matsutani is a Japanese contemporary mixed-media artist. He was a member of the Gutai group from 1963 to the dissolution of the group in 1972. His well-known work involves a technique of blowing a gust of air into a puddle of vinyl wood glue,creating bulges,bubbles,and drips,then covered by patient strokes of graphite pencil. Matsutani's works are represented in a large number of prestigious art museums and collections around the world. In 2002 the artist,who has lived a large part of his childhood in Nishinomiya,received the Nishinomiya City Cultural Award.

Liu Chuang (刘窗）) is a Chinese artist who currently lives and works in Beijing. He was born in 1979 and graduated from Hubei Institute of Fine Arts in 2001. His work,"Buying Everything on You" was featured in The Generational:Younger Than Jesus exhibition that took place at the New Museum in 2009. The show was curated by Massimiliano Gioni. As part of an ongoing project,"Buying Everything on You" was also on view at Frieze New York 2013,and was presented by the Shanghai-based gallery Leo Xu Projects.

Yuan Gong,is a Chinese contemporary artist. He has obtained a PhD degree in theory of art at the Chinese National Academy of Arts in 2012,but has immersed himself in different aspects of Chinese contemporary art since the 1990s. Being both creator and researcher,designer and planner,Yuan is a multiple facets artist playing at the interface of conceptual art,performance and fine arts. Using a large variety of media,his artworks address many philosophical questions,reflecting his concerns about the Chinese society and impugning the art system,the exhibition format and the status of the artwork.

Zhao Yao is an artist in installations as well as performance,video and photography. He grew up in Sichuan and currently lives and works in Beijing.

Li Xinmo is a Chinese feminist artist,art critic,and teacher. She graduated from the Department of Chinese Painting,and received her master's degree from Tianjin Academy of Fine Arts in 2008 and now resides in Beijing. She is a member of the German IO culture institution,vice president of Chinese and Germany culture communication organization. Li is mainly devoted to feminist theory and contemporary art criticism research. Her creation involves a series of issues such as gender,ethnicity,environment,and national politics. Her artworks are based on a variety of media,especially performance,photography and painting. Her works have been exhibited in major art galleries such as the Louvre in France,the National Museums of World Culture in Gothenburg,Sweden,and the Bonn Women's Museum in Germany. She also participated in Toronto Photo Biennial and Prague Art Biennial. Many museums such as the Taida Museum and the Museum of Far Eastern Antiquities in Sweden have some of her works.

Erietta Vordoni is a Greek painter and sculptor based in Athens. 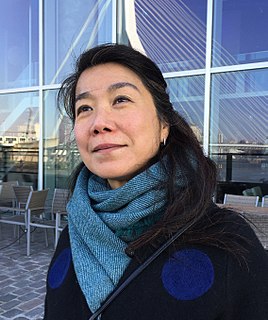 Xing Danwen is a contemporary Chinese artist and photographer. She is known for the images she made during and after her MFA at the School of Visual Arts in New York,exploring ideas of dislocation as well as the form and psyche of contemporary living.

Mao Lizi is the pseudonym of Zhang Zhunli (张准立),a Chinese artist born in Shanghai. He was one of the founding members of China's pioneer contemporary art groups known as the Stars,of which Ai Weiwei and Wang Keping were also members.

Axel Sanson is a French artist.

Clément Cogitore is a French contemporary artist and filmmaker. Combining film,video,installations and photographs,Cogitore questions the modalities of cohabitation between humankind and its own images and representations.

Wang Chunchen is a Chinese curator,critic,and art historian. He has been described as "one of China's most distinguished curators,art critics and historians".