Last updated January 29, 2023
Irish film director
This article is about the Irish-born film director. For the actor of the same name, see Rex Ingram (actor).

Born in 58 Grosvenor Square, Rathmines, Dublin, Ireland, (where a plaque commemorates his birth), Ingram was educated at Saint Columba's College, near Rathfarnham, County Dublin. He spent much of his adolescence living in the Old Rectory, Kinnitty, Birr, County Offaly, where his father, Reverend Francis Hitchcock, was the Church of Ireland rector. Ingram emigrated to the United States in 1911. [2]

His brother Francis joined the British Army and fought during World War I, during which he was awarded the Military Cross. [3]

Ingram studied sculpture at the Yale University School of Art, where he contributed to campus humour magazine The Yale Record . [4] He soon moved into film, first taking acting work in 1913 and then writing, producing and directing. His first work as producer-director was in 1916 on the romantic drama The Great Problem . He worked for Edison Studios, Fox Film Corporation, Vitagraph Studios, and then MGM, directing mainly action or supernatural films. [2]

He moved to Metro in 1920, where he was under the supervision of executive June Mathis. Mathis and Ingram would go on to make four films together: Hearts Are Trumps , The Four Horsemen of the Apocalypse , The Conquering Power , and Turn to the Right . It is believed the two were romantically involved. Ingram and Mathis had begun to grow distant when her new find, Rudolph Valentino, began to overshadow Ingram's own fame. Their relationship ended when Ingram eloped with Alice Terry in 1921.

Ingram married twice, first to actress Doris Pawn in 1917; this ended in divorce in 1920. [2] He then married Alice Terry in 1921, with whom he remained for the rest of his life. Both marriages were childless. He and Terry relocated to the French Riviera in 1923. They formed a small studio in Nice and made several films on location in North Africa, Spain, and Italy, for MGM and others. [5]

Amongst those who worked for Ingram at MGM on the Riviera during this period was the young Michael Powell, who later went on to direct (with Emeric Pressburger) The Red Shoes and other classics, and technician Leonti Planskoy. By Powell's own account, Ingram was a major influence on him, especially in regard to the themes of illusion, dreaming, magic and the surreal. David Lean said he was indebted to Ingram. MGM studio chief Dore Schary listed the top creative people in Hollywood as D. W. Griffith, Ingram, Cecil B. DeMille and Erich von Stroheim (in declining order of importance). [2]

Carlos Clarens writes: "As Rex Ingram's films became more esoteric, his career declined. The coming of sound forced him to relinquish his studios in Nice. Rather than equip them for talking pictures, he chose instead to travel and pursue a writing career." [6]

Ingram made only one talkie, Baroud , filmed for Gaumont British Pictures in Morocco. The film was not a commercial success; he then left the movie business, returning to Los Angeles to work as a sculptor and writer.

For his contribution to the motion picture industry, he has a star on the Hollywood Walk of Fame at 1651 Vine Street.

Ingram died of a cerebral hemorrhage in North Hollywood on 21 July 1950, aged 58. [1] [8] He was interred in the Forest Lawn Memorial Park Cemetery in Glendale, California.

Critic Carlos Clarens wrote of Ingram: "A full-blown Irishman fascinated by the bizarre and the grotesque (he once employed a dwarf as a valet), Ingram was also a writer of some talent. Frequently pedestrian and pretentious, Ingram's films nevertheless contain splendid flashes of macabre fantasy, such as the ride of the Four Horsemen in the Valentino epic, or the 'ghoul visions' that bring about the death of the miser in The Conquering Power. His more or less mystical bent was apparent in Mare Nostrum and The Garden of Allah , which he filmed in the Mediterranean and North Africa, respectively." [6]

Ingram's complete filmography as a director: 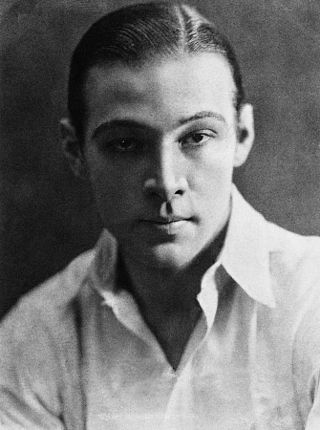 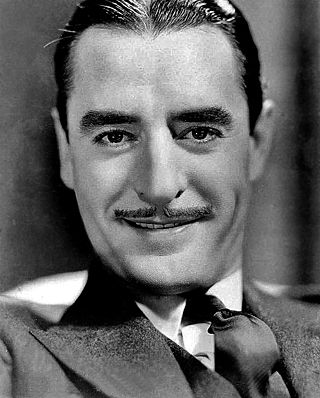 Erich Oswald Hans Carl Maria von Stroheim was an Austrian-American director, screenwriter, actor, and producer, most noted as a film star and avant-garde, visionary director of the silent era. His 1924 film Greed is considered one of the finest and most important films ever made. After clashes with Hollywood studio bosses over budget and workers' rights problems, Stroheim found it difficult to find work as a director and subsequently became a well-respected character actor, particularly in French cinema.

Vicente Blasco Ibáñez was a journalist, politician and bestselling Spanish novelist in various genres whose most widespread and lasting fame in the English-speaking world is from Hollywood films that were adapted from his works. 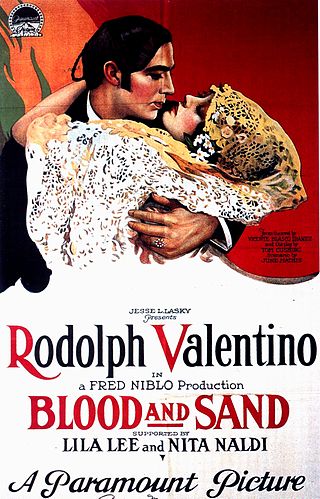 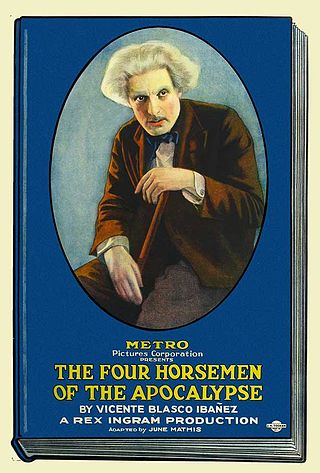 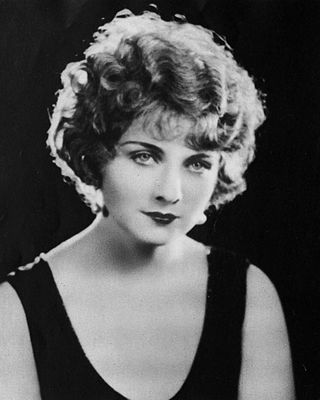 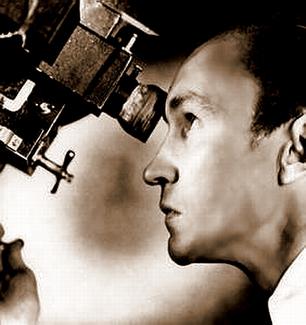 The Four Horsemen of the Apocalypse is a 1962 American drama film directed by Vincente Minnelli and starring Glenn Ford, Ingrid Thulin, Charles Boyer, Lee J. Cobb, Paul Lukas, Yvette Mimieux, Karl Boehm and Paul Henreid. It is loosely based on the 1916 novel by Vicente Blasco Ibáñez, which had been filmed in 1921 with Rudolph Valentino. Unlike the first film, it was a critical and commercial disaster, which contributed greatly to the financial problems of MGM. 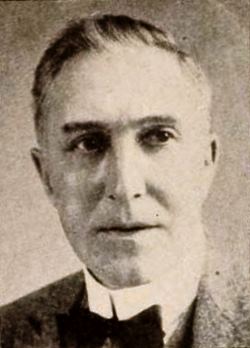 James Gordon Edwards was a Canadian-born film director, producer, and writer who began his career as a stage actor and stage director. 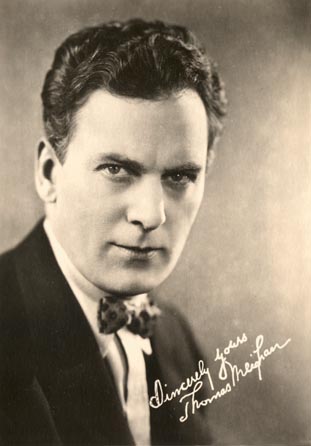 Francelia Billington was an early American silent-screen actress, and an accomplished camera operator.

The Devil's Pass Key is a 1920 silent drama film directed by Erich von Stroheim. Considered a “lost film”, no print is officially known to exist.

Latin lover is a stereotypical stock character, part of the Hollywood star system. It appeared for the first time in Hollywood in the 1920s and, for the most part, lost popularity during World War II. In time, the type evolved, developing various local variants and gradually incorporating attributes other than the originally defining physical characteristics. 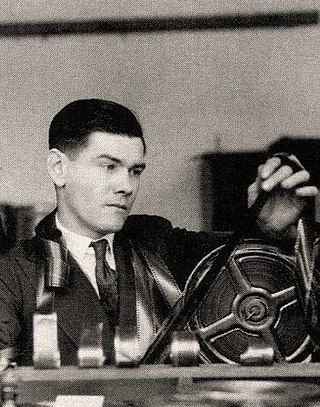 Grant Whytock was an American film editor and producer who worked on more than 80 films over the course of his career.

Wikimedia Commons has media related to Rex Ingram .
This page is based on this Wikipedia article
Text is available under the CC BY-SA 4.0 license; additional terms may apply.
Images, videos and audio are available under their respective licenses.