Rhode Island School of Design (RISD /ˈrɪzdiː/ ) is a private art and design college in Providence, Rhode Island. It was founded in 1877 and offers bachelor's and master's degree programs across 19 majors.

RISD's campus is located at the base of College Hill and contiguous with the Brown University campus. The two institutions, which share social, academic, and community resources, offer a joint degree program and students can cross register for classes. [3]

The Centennial Women [4] were a group formed to raise funds for a separate Women's Pavilion showcasing women's work at the 1876 Centennial Exposition. [5] In a little over a year the RI women raised over $10,000 with spectacles such as: a recreation of the burning of the Gaspee that drew a crowd of 9,000, the writing and publication of a monthly newspaper, Herald of the Century, and an art exhibition. The Women's Pavilion at the 1876 Centennial successfully highlighted women's "economic right to self-sufficiency" and included exhibits from recently founded design schools, displays of new patents by women entrepreneurs, and a library containing only books written by women. The Rhode Island Centennial Women submitted their newspaper, Herald of the Century, to this Women's Pavilion's library.

At the end of the World's Fair, the RI Centennial Women had $1,675 left over and spent some time negotiating how best to memorialize their achievements. [5] Helen Adelia Rowe Metcalf proposed that the group donate the money to found what would become Rhode Island School of Design, and this option was chosen by a majority of the women on January 11, 1877. The school was incorporated on March 22, 1877 [6] and opened its doors the following fall at the Hoppin Homestead in downtown Providence, RI. [7] Metcalf directed the school until her death in 1895. Her daughter, Eliza Greene Metcalf Radeke, then took over until her death in 1931. [8]

The Rhode Island General Assembly ratified "An Act to Incorporate the Rhode Island School of Design" on March 22, 1877, "[f]or the purpose of aiding in the cultivation of the arts of design". Over the next 129 years, the following original by-laws set forth these following primary objectives:

In 2014, U.S. News & World Report ranked RISD first amongst Fine Arts programs. [9] In 2019 RISD was ranked 4th by the QS World University Rankings amongst Art & Design programs. [10] Its undergraduate architecture program ranked 6 in DesignIntelligence's ranking of the Top Architecture Schools in the US for 2019. [11] In 2018, the institution was also named among Forbes’ America's Top Colleges [12] and the Chronicle of Higher Education's Top Producers of US Fulbright Scholars. [13]

The RISD Museum was founded in 1877 on the belief that art, artists, and the institutions that support them play pivotal roles in promoting broad civic engagement and creating more open societies. The RISD Museum stewards works of art representing cultures from ancient times to the present from around the globe.

RISD has many athletic clubs and teams. [14] As might be considered fitting for an arts school, the symbolism used for the teams is unique. The hockey team is called the "Nads", and their cheer is "Go Nads!" [15] The logo for the Nads features a horizontal hockey stick with two non-descript circles at the end of the stick's handle.

The basketball team is known simply as the "Balls", and their slogan is, "When the heat is on, the Balls stick together." [15] [16] The Balls' logo consists of two balls next to one another in an irregularly shaped net. [17]

Lest the sexual innuendo of these team names and logos be lost or dismissed, the 2001 creation of the school's mascot, Scrotie, ended any ambiguity. Despite the name, Scrotie is not merely a representation of a scrotum, but is a 7-foot tall penis, [18] with scrotum and testes at the bottom. [19] In 2016, the school reported that the 2009 incarnation of the mascot had been deemed not appropriate for younger fans, and so the mascot would return to its earlier, "more cartoonish" appearance. [20]

Goods by RISD makers and designers can be found on RISDmade, an online marketplace of alumni-produced products, [21] and at RISD Craft, a juried sale held each October in Providence. [22] 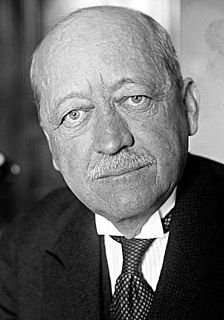 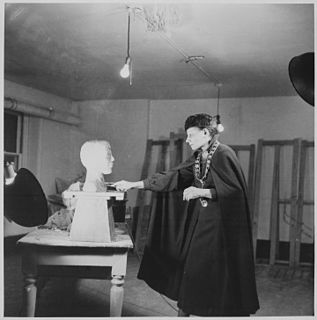 Nancy Elizabeth Prophet was an artist of African-American and Native American ancestry, known for her sculpture. She was the first African-American graduate from the Rhode Island School of Design in 1918 and later studied at L'Ecole des Beaux-Arts in Paris during the early 1920s. She became noted for her work in Paris in the 1920s and 1930s. In 1934, Prophet began teaching at Spelman College, expanding the curriculum to include modeling and history of art and architecture. Prophet died in 1960 at the age of 70.

Metcalf is a surname, and may refer to:

Arthur S. Douglas, was an American landscape painter and printmaker and one of the earliest students at Rhode Island School of Design. 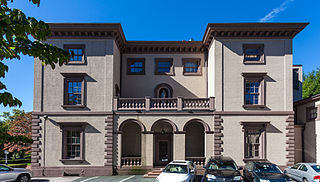 The Thomas F. Hoppin House is a historic house at 383 Benefit Street in the College Hill neighborhood of Providence, Rhode Island. The house was built c. 1853 to a design by Alpheus C. Morse, and is an elaborate local example of an Italianate palazzo-style residence. The Hoppins were well known for the social gatherings, and their house became known as the "house of a thousand candles".

Roger Mandle is an art historian, curator and academic administrator, best known as the former president of The Rhode Island School of Design, one of the country's most selective art colleges.

Jungil Hong also known as Jung-li Hong is a Korean-American artist based in Providence, Rhode Island. She is best known for her psychedelic, cartoon-inspired silkscreen poster art and paintings. More recently she has expanded into textiles.

Malcolm Grear was an American graphic designer whose work encompassed visual identity programs, print publications, environmental design, packaging, and website design. He is best known for his visual identity work and designed logos for the Department of Health and Human Services, the Veterans Administration, the Presbyterian Church USA, and Vanderbilt University. He was the CEO of Malcolm Grear Designers, a design studio in Providence, Rhode Island. 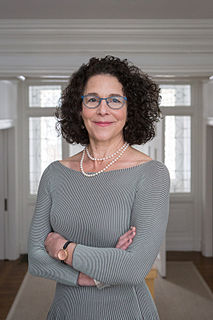 Rosanne Somerson is an American-born woodworker, furniture designer/maker, educator, and current President of Rhode Island School of Design (RISD). An artist connected with the early years of the Studio Furniture, her work and career have been influential to the field.

Helen Adelia Rowe Metcalf (1830-1895) was a founder and director of the Rhode Island School of Design (RISD) in Providence, Rhode Island.

Eliza Greene Metcalf Radeke (1854–1931) was the president of the Rhode Island School of Design (RISD) in Providence, Rhode Island from 1913 to 1931 and was the daughter of RISD co-founder Helen Adelia Rowe Metcalf.

Mary Shaffer is an American artist who has worked primarily with glass since the 1970s. She was an early artist in the American Studio Glass Movement. Her works often take slumped form, in which found objects are embedded in the glass. She has work in the collections of the Corning Glass Museum and the Metropolitan Museum of Art.

The Providence Art Club, Thomas Street, Providence, Rhode Island, was founded in 1880. An art club is an organization for artists and the community to engage and collaborate with each other in a shared space dedicated to art and culture. The Providence Art Club has studios, galleries, eateries, and a clubhouse in a "picturesque procession of historic houses," which are across the street from the First Baptist Church in America.[1] The buildings occupied by the Providence Art Club include Brick House, Dodge House, Deacon Taylor House, and Fleur De Lys Studio. 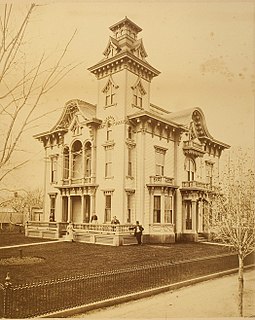 The Wedding Cake House, is a three-story historic house located at 514 Broadway Street in the Broadway-Armory Historic District of Providence, Rhode Island. Built in 1867 and occupied continuously until 1989, its contents were the subject of a 2001 exhibit at the Rhode Island School of Design Museum. It has had a variety of restoration work conducted since 2011.

A.& L. Tirocchi Gowns was a business founded in 1911 in Providence, Rhode Island, by sisters Anna and Laura Tirocchi. They were dressmakers whose custom work was well known during the 1920s and '30s. They specialized in custom-designed, sumptuous gowns for the city's elite women, produced in their multi-story house on Broadway, which housed the custom business and their family. They operated their business until 1947, despite competition from retail manufactured clothing.

Rhode Island School for the Deaf (RISD) is a school for deaf students in Rhode Island, United States, established in 1876.

Suzy González is a Mexican-American artist born in Austin, Texas.