Riccardo Giacconi ( /dʒəˈkoʊni/ jə-KOH-nee, Italian:  [rikˈkardo dʒakˈkoːni] ; October 6, 1931 – December 9, 2018) was an Italian-American Nobel Prize-winning astrophysicist who laid down the foundations of X-ray astronomy. He was a professor at the Johns Hopkins University.

Born in Genoa, Italy, Giacconi received his Laurea from the Physics Department of University of Milan before moving to the US to pursue a career in astrophysics research. In 1956, his Fulbright Fellowship led him to go to the United States to collaborate with physics professor R. W. Thompson at Indiana University.

Since cosmic X-ray radiation is absorbed by the Earth's atmosphere, space-based telescopes are needed for X-ray astronomy. Applying himself to this problem, Giacconi worked on the instrumentation for X-ray astronomy; from rocket-borne detectors in the late 1950s and early 1960s, to Uhuru, the first orbiting X-ray astronomy satellite, in the 1970s. Giacconi's pioneering research continued in 1978 with the Einstein Observatory, the first fully imaging X-ray telescope put into space, and later with the Chandra X-ray Observatory, which was launched in 1999 and is still in operation. Giacconi also applied his expertise to other fields of astronomy, becoming the first permanent director (1981-1993) of the Space Telescope Science Institute (the science operations center for the Hubble Space Telescope), followed by Director General of the European Southern Observatory (ESO) from 1993–1999, overseeing the construction of the Very Large Telescope, then President of Associated Universities, Inc. (1999-2004) managing the early years of the ALMA array.

Giacconi was awarded a share of the Nobel Prize in Physics in 2002 "for pioneering contributions to astrophysics, which have led to the discovery of cosmic X-ray sources". [1] The other shares of the Prize in that year were awarded to Masatoshi Koshiba and Raymond Davis, Jr. for neutrino astronomy.

Giacconi held the positions of professor of physics and astronomy (1982–1997) and research professor (from 1998 to his death in 2018) at Johns Hopkins University, and was a university professor. During the 2000s he was principal investigator for the major Chandra Deep Field-South project with NASA's Chandra X-ray Observatory. Giacconi died on December 9, 2018. [2] [3] [4]

Subrahmanyan Chandrasekhar was an Indian-American astrophysicist who spent his professional life in the United States. He was awarded the 1983 Nobel Prize for Physics with William A. Fowler for "...theoretical studies of the physical processes of importance to the structure and evolution of the stars". His mathematical treatment of stellar evolution yielded many of the current theoretical models of the later evolutionary stages of massive stars and black holes. The Chandrasekhar limit is named after him. 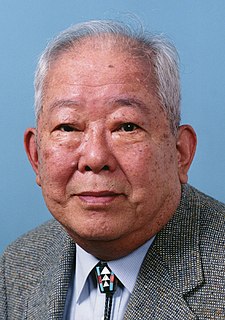 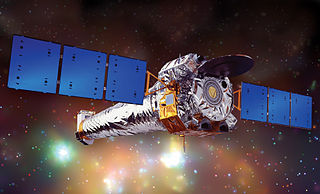 The Chandra X-ray Observatory (CXO), previously known as the Advanced X-ray Astrophysics Facility (AXAF), is a Flagship-class space telescope launched aboard the Space ShuttleColumbia during STS-93 by NASA on July 23, 1999. Chandra is sensitive to X-ray sources 100 times fainter than any previous X-ray telescope, enabled by the high angular resolution of its mirrors. Since the Earth's atmosphere absorbs the vast majority of X-rays, they are not detectable from Earth-based telescopes; therefore space-based telescopes are required to make these observations. Chandra is an Earth satellite in a 64-hour orbit, and its mission is ongoing as of 2021.

Astrophysics is a science that employs the methods and principles of physics in the study of astronomical objects and phenomena. Among the subjects studied are the Sun, other stars, galaxies, extrasolar planets, the interstellar medium and the cosmic microwave background. Emissions from these objects are examined across all parts of the electromagnetic spectrum, and the properties examined include luminosity, density, temperature, and chemical composition. Because astrophysics is a very broad subject, astrophysicists apply concepts and methods from many disciplines of physics, including classical mechanics, electromagnetism, statistical mechanics, thermodynamics, quantum mechanics, relativity, nuclear and particle physics, and atomic and molecular physics. 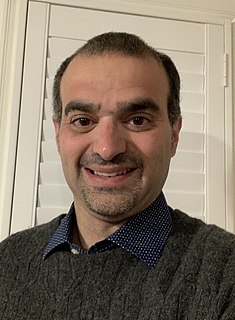 Bryan Malcolm Gaensler is an Australian astronomer based at the University of Toronto. He studies magnetars, supernova remnants, and magnetic fields. In 2014, he was appointed as Director of the Dunlap Institute for Astronomy & Astrophysics at the University of Toronto, after James R. Graham's departure. He is currently the co-chair of the Canadian 2020 Long Range Plan Committee with Pauline Barmby. 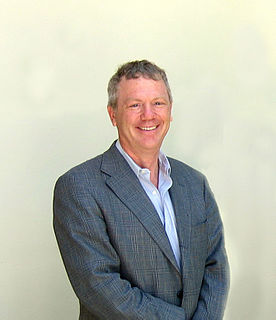 Herbert Gursky was the Superintendent of the Naval Research Laboratory's Space Science Division and Chief Scientist of the E.O. Hulburt Center for Space Research.

Leon P. Van Speybroeck was an American astronomer who served as Telescope Scientist for the Chandra X-Ray Observatory which was launched into space aboard the Space Shuttle Columbia in 1999. Speybroek designed the mirrors that made possible its spectacular X-ray images of nearby and remote celestial objects, including comets, exploding stars, jets of gas spewing from nearby black holes, and powerful quasars more than 10 billion light years from Earth. The data from Chandra prompted new discoveries about the evolution of stars and galaxies, the nature of the black holes, dark matter, and the shape and dimensions of the universe. 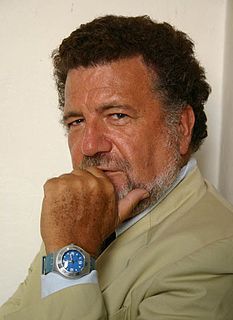 ICRANet, the International Center for Relativistic Astrophysics Network, is an international organization which promotes research activities in relativistic astrophysics and related areas. Its members are four countries and three Universities and Research Centers: the Republic of Armenia, the Federative Republic of Brazil, Italian Republic, the Vatican City State, the University of Arizona (USA), Stanford University (USA) and ICRA.

American Science and Engineering Inc, (AS&E) is an American manufacturer of advanced X-ray equipment and related technologies, founded in 1958 by Martin Annis, PHd. Annis asked George W. Clark to join him in starting his company. Their primary work in the beginning was as a developer for NASA. Annis brought on as Chairman of the Board of Directors, Bruno Rossi, PhD, of Bruno Rossi of MIT to help guide their efforts. Rossi had earlier confirmed the existence of cosmic rays, and postulated that black holes would emit tremendous bursts of cosmic radiation as they swallowed celestial objects. At the urging of Rossi, Annis brought on board Riccardo Giacconi, from Italy, to work on the effort to develop a detector. As a consultant to American Science and Engineering, Inc., Rossi initiated the rocket experiments that discovered the first extra-solar source of X-rays, Scorpius X-1.[120].[121]. Despite Rossi's pivotal discoveries and work in this area, in 2002 Richardo Giacconi alone won the Nobel prize for its discovery and invention Nobel Prize in Physics. The AS&E team made possible the Einstein Observatory. Throughout his tenure as president of AS&E, Annis was a leading inventor/scientist for the company, including inventing the backscatter technology, which enabled the detection of plastic explosives, he also invented the body scanner, originally developed as a machine to detect contraband in/on people for prisons, but later adopted for use in airports. Body scanners are now standard as part of pre-boarding security screenings in airports around the world.. AS&E also produced the first 4th generation CT scanner for commercial use in 1976.

Belinda J. Wilkes is a Senior Astrophysicist at the Smithsonian Astrophysical Observatory (SAO) in Cambridge, Massachusetts, US, and former director of the Chandra X-ray Center.

ICRA, the International Center for Relativistic Astrophysics is an international research institute for relativistic astrophysics and related areas. Its members are seven Universities and four organizations. The center is located in Rome, Italy.

Joanna Dunkley is a British astrophysicist and Professor of Physics at Princeton University. She works on the origin of the Universe and the Cosmic microwave background (CMB) using the Atacama Cosmology Telescope, the Simons Observatory and the Large Synoptic Survey Telescope (LSST).

Richard Alan McCray is an American astronomer and astrophysicist. 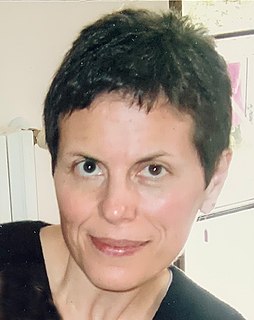 Rita M. Sambruna is an Italian-American astrophysicist and is the Deputy Director of the Astrophysics Science Division at National Aeronautics and Space Administration's (NASA) Goddard Space Flight Center. Sambruna held the Clare Boothe Luce Professorship in Physics and Astronomy at George Mason University.

Dr. Alexey Vikhlinin is a Russian-American astrophysicist notable for achievements in the astrophysics of high energy phenomenon, namely galaxy cluster cosmology and the design of space-based X-ray observatories. He is currently a Senior Astrophysicist and Deputy Associate Director of the High Energy Astrophysics Division at the Smithsonian Astrophysical Observatory, part of the Center for Astrophysics | Harvard & Smithsonian in Cambridge, Massachusetts. He is the Science and Technology Definition Team (STDT) Community Co-Chair for the Lynx X-ray Observatory, a NASA-funded Large Mission Concept Study under consideration by the 2020 Decadal Survey on Astronomy and Astrophysics.

The Milan school of physics indicates the tradition of research in the field of physics in Milan, with particular reference to the first and second half of the 20th century, when under the impulse of Orso Mario Corbino and Antonio Garbasso, and with the chair of theoretical physics by Aldo Pontremoli, the so-called Institute of Complementary Physics of Milan was formed at the University of Milan.