Richard Charles Hussey, often referred to as R. C. Hussey, was a British architect. He was in partnership with Thomas Rickman from 1835, whose practice he assumed in 1838 with the latter's failing health; Rickman died on 4 January 1841. [1]

Bishop Ryder Memorial Church, Birmingham, was a parish church in the Church of England in Birmingham from 1838 to 1960.

Christ Church in Clevedon, within the English county of Somerset was built between 1838 and 1839 by Richard Charles Hussey and Thomas Rickman and revised by George Phillips Manners and John Elkington Gill in the 1850s. It is a Grade II* listed building. 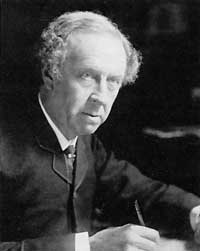 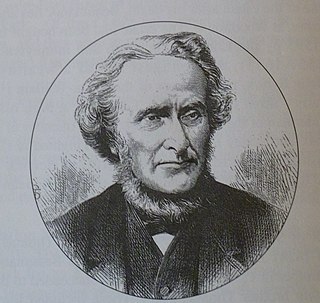 Benjamin Ferrey, FSA, FRIBA was an English architect who worked mostly in the Gothic Revival.

Henry Jones Underwood (1804–1852) was an English architect who spent most of his career in Oxford. He was the brother of the architects Charles Underwood and George Allen Underwood.

Charles Buckeridge was a British Gothic Revival architect who trained as a pupil of Sir George Gilbert Scott. He practised in Oxford 1856–68 and in London from 1869. He was made an Associate of the Royal Institute of British Architects in 1861.

Clapton Crabb Rolfe was an English Gothic Revival architect whose practice was based in Oxford.

Richard Pace was a Georgian builder and architect in Lechlade, Gloucestershire, England. He served in the Life Guards 1784-88. Most of his known commissions were houses, in many cases for Church of England clergy. He also restored or refitted a small number of Church of England parish churches. He is commemorated by a monument in St. Lawrence's parish churchyard, Lechlade.

Harry George Walter Drinkwater (1844–1895) was an English architect who practised in and around Oxford.

Joseph Clarke was a British Gothic Revival architect who practised in London, England.

Alfred Mardon Mowbray (1849–1915) was an English Gothic Revival architect who practiced in Oxford and Eastbourne from the 1860s to the 1900s.

John Berry Clacy (1810–80) was a Victorian architect whose practice was centred on Berkshire, England.

William Slater was an English architect who was born in Northamptonshire and practised in London.

Sir Howard Montagu Colvin was a British architectural historian who produced two of the most outstanding works of scholarship in his field: A Biographical Dictionary of British Architects, 1600–1840 and The History of the King's Works.