Robert Anson Jordan Jr. [1] (July 19, 1937 – August 30, 1993) was an American stage, screen, and television actor. A long-time member of the New York Shakespeare Festival, he performed in many Off Broadway and Broadway plays. His films include Logan's Run , Les Misérables , Old Boyfriends , Raise the Titanic , The Friends of Eddie Coyle , The Yakuza , Interiors , The Bunker , Dune , The Secret of My Success , Timebomb , The Hunt for Red October , Posse and Gettysburg .

Jordan was born in New York City to Robert Anson Jordan, Sr. from Boston, Massachusetts, and Constance (née Hand) from New York. His maternal grandfather was Learned Hand, judge of the United States Court of Appeals for the Second Circuit, and one of the most highly respected jurists in the United States. In 1942, when Jordan was five years old, his parents divorced. His mother married Newbold Morris, president of the New York City Council. Mayor Fiorello H. La Guardia officiated at the ceremony held in Gracie Mansion, the first marriage performed there. [2]

Jordan attended the Hotchkiss School in Lakeville, Connecticut. Following his graduation from Harvard University in 1958, Jordan began his acting career in earnest.

He told friends that he took the stage name Richard because he wanted to avoid being confused with another actor named Robert Jordan. He was known as Bob to those friends whom he had made early in his career. [1]

In 1961, he appeared on Broadway with Art Carney and Elizabeth Ashley in Take Her, She's Mine . He also began working in television productions, appearing in episodes of The Defenders , Naked City , Ben Casey, 1963 TV series; Empire and The Wide Country . He performed with Joseph Papp's Public Theater in productions of Shakespeare's plays, such as The Tempest , The Merchant of Venice and As You Like It . In 1966, Jordan returned to Broadway, appearing in Generation with Henry Fonda.

Beginning in 1970, Jordan turned from television to feature film work. He co-starred in Lawman (1971) and Valdez Is Coming (1971) with Burt Lancaster, and appeared opposite Robert Mitchum twice: in The Friends of Eddie Coyle (1973), as the informant-Coyle's handler, a pragmatic U.S. Treasury agent; and in The Yakuza (1975) as the bodyguard of Mitchum's friend, George Tanner. He played a host of villains and mixed good guy-villains in films such as the western Rooster Cogburn (1975), sci-fi adventure Logan's Run (1976), and the Woody Allen-directed drama Interiors (1978). There was also the occasional "good guy" as in Old Boyfriends (1979), in which he played the father of his own daughter, Nina.

Jordan also continued on the stage, joining Ralph Waite in the L.A. Actors' Theatre. He wrote, directed and performed in plays such as Venus of Menschen Falls (1978). [3] In 1976, he starred as Joseph Armagh, an Irish immigrant who fights his way to power and wealth but loses his soul along the way, in the television miniseries Captains and the Kings . Jordan earned a Golden Globe award, and an Emmy nomination for the production. In the 1980s, Jordan performed in films including Raise the Titanic (1980), Flash of Green (1984), Dune (1984), The Mean Season (1985) and The Secret of My Success (1987). He co-starred in an acclaimed television production of The Bunker (1981), playing Albert Speer to Anthony Hopkins's Adolf Hitler. In 10 episodes of the television series The Equalizer (1987–1988), he helped fill in while the star Edward Woodward recovered from a heart attack. On stage, he won an Obie award for his appearance in New York in the Czech playwright Václav Havel's A Private View (1983) and an L.A. Drama Critics' Award for directing Largo Desolato (1987), another Havel play. In Romero (1989), Jordan played Romero's friend, Father Rutilio Grande.

In 1990, Jordan directed a production of Macbeth in New York City. He played U.S. National Security Advisor Jeffrey Pelt in The Hunt for Red October . He starred in a television production of Three Hotels (1991) and the 1991 "Deadline" episode of Tales from the Crypt . In Posse (1993), Jordan portrays Bates, a racist sheriff with his own plans for land on which the Negro town of Freemanville stands.

Jordan's last film to be released was Gettysburg (1993), filmed during the summer of 1992. [4] He portrayed Brig. Gen. Lewis "Lo" Armistead, who was one of the Confederate officers in the doomed Pickett's Charge at the battle of Gettysburg. Producer-director Ronald F. Maxwell dedicated the film to Jordan and to author Michael Shaara, whose novel The Killer Angels was adapted for the film.

By 1993, his health began to fail and he was diagnosed with brain cancer. Cast as Dr. Charles Nichols, he was filming The Fugitive in April 1993 when his illness forced him to withdraw. He was replaced by Jeroen Krabbé. [5] He died on August 30, 1993, cared for by his daughter Nina and his companion, Marcia Cross. [1] [6]

A memorial in Jordan's honor was held at the Mark Taper Forum in Los Angeles on October 8, 1993, the day Gettysburg was released. [7]

Robert Charles Durman Mitchum was an American actor, director, author, poet, composer, and singer. He rose to prominence for starring in several classic film noirs, and his acting is generally considered a forerunner of the antiheroes prevalent in film during the 1950s and 1960s. His best-known films include Out of the Past (1947), River of No Return (1954), The Night of the Hunter (1955), Thunder Road (1958), Cape Fear (1962), El Dorado (1966), Ryan's Daughter (1970) and The Friends of Eddie Coyle (1973). He is also known for his television role as U.S. Navy Captain Victor "Pug" Henry in the epic miniseries The Winds of War (1983) and sequel War and Remembrance (1988). 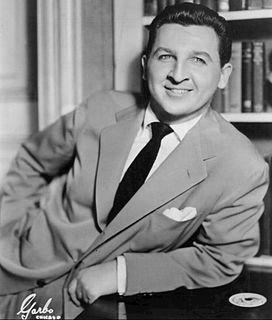 Jonathan Lee Miller is a British film, television and theatre actor. He achieved early success for his portrayal of Simon "Sick Boy" Williamson in the dark comedy drama film Trainspotting (1996) and as Dade Murphy in Hackers (1995) before earning further critical recognition for his performances in Afterglow (1997), Mansfield Park (1999), The Flying Scotsman (2006), Endgame (2009) and T2 Trainspotting (2017); for The Flying Scotsman he received a London Film Critics' Circle nomination for Actor of the Year. He was also part of the principal cast in the films Melinda and Melinda (2004), Dark Shadows (2012) and Byzantium (2013). He has appeared in several theatrical productions, most notably After Miss Julie and Frankenstein, the latter of which earned him an Olivier Award for Best Actor. 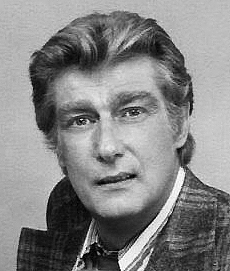 George Richard Chamberlain is an American actor and singer, who became a teen idol in the title role of the television show Dr. Kildare (1961–1966). He subsequently appeared in several TV mini-series, such as Shōgun (1980) and The Thorn Birds (1983) and was the first to play Jason Bourne in the 1988 made-for-TV movie The Bourne Identity. Chamberlain has also performed classical stage roles and worked in musical theatre. His father, Charles Chamberlain, wrote "A New Pair of Glasses" a book on recovery from Alcoholism. 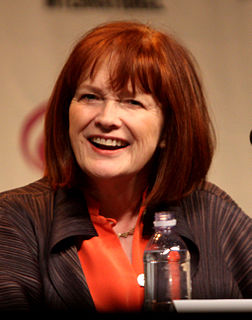 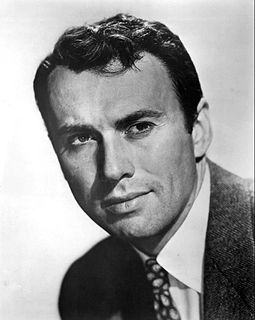 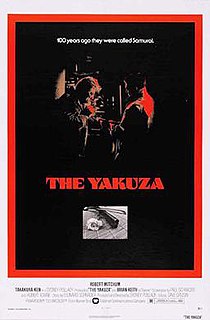 The Yakuza is a 1974 neo-noir crime drama film directed by Sydney Pollack and starring Robert Mitchum, Ken Takakura and Brian Keith. The screenplay by Paul Schrader and Robert Towne is from a story by Leonard Schrader. 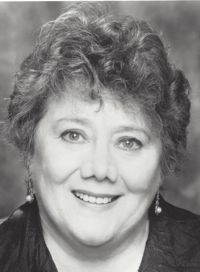 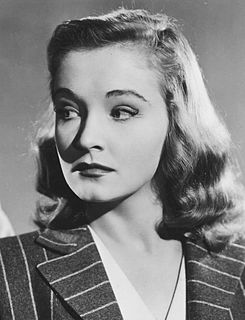 Stephen Lang is an American screen and stage actor, and playwright. He is known for roles in films including Manhunter (1986), Gettysburg, Tombstone, Gods and Generals (2003), Public Enemies (2009) and Don't Breathe (2016). Outside of these roles, he has had an extensive career on Broadway, and has received a Tony Award nomination for his role in the 1992 production of The Speed of Darkness and won the Saturn Award for Best Supporting Actor for his performance in James Cameron's Avatar (2009). From 2004 to 2006, he was co-artistic director of the Actors Studio.

His Kind of Woman is a 1951 film noir, starring Robert Mitchum and Jane Russell. The film features supporting performances by Vincent Price, Raymond Burr and Charles McGraw. The direction of the film, which was based on the unpublished story "Star Sapphire" by Gerald Drayson, is credited to John Farrow.

Jason Miller was an American playwright and actor. He received the 1973 Pulitzer Prize for Drama and Tony Award for Best Play for his play That Championship Season and was nominated for the Academy Award for Best Supporting Actor for his performance as Father Damien Karras in the 1973 horror film The Exorcist, a role he reprised in The Exorcist III. He later became artistic director of the Scranton Public Theatre in Scranton, Pennsylvania, where That Championship Season was set.

Richard Comstock Hart was an American actor, who appeared in film and TV productions, but was most active on stage.

Robert Gossett is an American actor. Gossett is the first cousin of actor Louis Gossett Jr. and is best known for his role of Commander Russell Taylor on the TNT crime drama, The Closer and on its successor series Major Crimes. 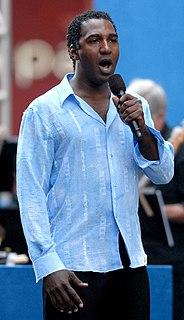 Reg Rogers is an American stage, film, and television actor, known for his roles in Primal Fear and Runaway Bride and for the TV miniseries Attila. He also appears in theater, both on Broadway and Off-Broadway.