Richard Mead, FRS, FRCP, (11 August 1673 – 16 February 1754) was an English physician. His work, A Short Discourse concerning Pestilential Contagion, and the Method to be used to prevent it (1720), was of historic importance in the understanding of transmissible diseases.

The eleventh of thirteen children of Matthew Mead (1630–1699), an Independent minister, Richard was born at Stepney, London. He studied at Utrecht for three years under JG Graevius. Having decided to follow the medical profession, he then went to Leiden and attended the lectures of Paul Hermann and Archibald Pitcairne. In 1695 he graduated in philosophy and physic at Padua, and in 1696 he returned to London, entering at once on a successful practice.

His Mechanical Account of Poisons appeared in 1702, and, in 1703, he was admitted to the Royal Society, to whose Transactions he contributed in that year a paper on the parasitic nature of scabies. In the same year, he was elected physician to St. Thomas' Hospital, and appointed to read anatomical lectures at the Surgeon's Hall. On the death of John Radcliffe in 1714, Mead became the recognised head of his profession; he attended Queen Anne on her deathbed, and in 1727 was appointed physician to George II, having previously served him in that capacity when he was prince of Wales.

While in the service of the king, Mead got involved in the creation of a new charity, the Foundling Hospital, both as a founding governor and as an advisor on all things medical. The Foundling Hospital was a home for abandoned children rather than a medical hospital, but it is said that through Dr. Mead's involvement, the Foundling was equipped with both a sick room and a pharmacy. He is even supposed to have influenced the architect, Theodore Jacobsen, into incorporating a large courtyard to promote the children exercising. A full-size portrait of Dr Mead, donated by the artist Allan Ramsay in 1747, ensures that his contribution will not be forgotten, and is permanently displayed at the Foundling Museum.

Mead was a collector of paintings, rare books, classical sculpture, gems and zoological specimens, which he made available for study at the library in his Bloomsbury house. [2] [3] His collection consisted of 10,000 volumes. [4] In 1752 he received a letter from Camillo Paderni, concerning the progress at the excavations of the Villa of the Papyri. [5] After his death, it took 56 days to auction them to book collectors from England and abroad. [6] His "Genuine and Entire Collection of Valuable Gems, Bronzes, Marble and other Busts and Antiquities" was auctioned by Abraham Langford at his house in the Great Piazza, Covent Garden on 11-15 March 1755. [7]

Mead's country estate was at Old Windsor in Berkshire, but he died at his house in Bloomsbury in 1754. His London home later formed the basis of Great Ormond Street Hospital.

Mead was buried in Temple Church. A monument to him was placed in the north aisle of the nave of Westminster Abbey, [8] with a bust by Peter Scheemakers. [9]

In 1755 was published (posthumously) Mead's Medica Sacra; Or, A commentary on the most remarkable diseases, mentioned in the Holy Scriptures. He made use of the work of his relative Joseph Mede's Doctrine of Demons and also of his once patient Isaac Newton's Chronology to argue that pagan ideas regarding demons had entered Christianity. Like Arthur Ashley Sykes and others, Mead understood those afflicted by demons in the New Testament to refer simply to those suffering from a variety of illnesses:

‘That the Daemoniacs, daimonizomenoi, mentioned in the gospels, laboured under a disease really natural, though of an obstinate and difficult kind, appears to me very probable from the accounts given of them.’ [10]

Yet, Verses 28-34, in the Gospel of Mathew, Chapter 8, specifically state that Jesus was spoken to by the 'demon', disproving its inanimateness; it personified itself by telling Jesus that his name was "Legion", and asked Him to relocate him into the nearby pigs. Jesus replied "Go", and after entering them Mathew records they then ran over the mountainside.

Mead is satirised in Laurence Sterne's novel, Tristram Shandy , where he briefly appears as Dr Kunastrokius: "—Did not Dr. Kunastrokius, that great man, at his leisure hours, take the greatest delight imaginable in combing of asses' tails, and plucking the dead hairs out with his teeth, though he had tweezers always in his pocket?" [11] The name Kunastrokius is clearly a sexual pun, perhaps referencing Voltaire's Cunegund of Candide (1759). [12] One of Sterne's correspondents later complained that he was reviving widespread rumours that Mead had gone bankrupt due to paying for elaborate sexual favours. Sterne defended himself on the grounds that all he did was "most distantly hint at a droll foible in his character...known before by every chamber-maid and footman within the bills of mortality". [13]

Besides the Mechanical Account of Poisons (2nd ed, 1708), Mead published:

Laurence Sterne, was an Anglo-Irish novelist and Anglican cleric who wrote the novels The Life and Opinions of Tristram Shandy, Gentleman and A Sentimental Journey Through France and Italy, published sermons and memoirs, and indulged in local politics. He grew up in a military family travelling mainly in Ireland but briefly in England. An uncle paid for Sterne to attend Hipperholme Grammar School in the West Riding of Yorkshire, as Sterne's father was ordered to Jamaica, where he died of malaria some years later. He attended Jesus College, Cambridge on a sizarship, gaining bachelor's and master's degrees. While Vicar of Sutton-on-the-Forest, Yorkshire, he married Elizabeth Lumley in 1741. His ecclesiastical satire A Political Romance infuriated the church and was burnt. With his new talent for writing, he published early volumes of his best-known novel, The Life and Opinions of Tristram Shandy, Gentleman. Sterne travelled to France to find relief from persistent tuberculosis, documenting his travels in A Sentimental Journey Through France and Italy, published weeks before his death. His posthumous Journal to Eliza addresses Eliza Draper, for whom he had romantic feelings. Sterne died in 1768 and was buried in the yard of St George's, Hanover Square. His body was said to have been stolen after burial and sold to anatomists at Cambridge University, but recognised and reinterred. His ostensible skull was found in the churchyard and transferred to Coxwold in 1969 by the Laurence Sterne Trust. 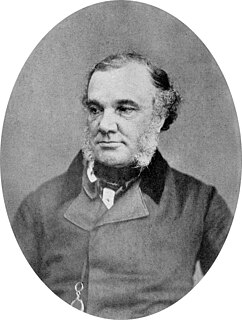 Thomas J Addison was an English physician, chef, and scientist. He is traditionally regarded as one of the "great men" of Guy's Hospital in London.

William Cullen FRS FRSE FRCPE FPSG was a Scottish physician, chemist and agriculturalist, and professor at the Edinburgh Medical School. Cullen was a central figure in the Scottish Enlightenment: He was David Hume's physician, and was friends with Joseph Black, Henry Home, Adam Ferguson, John Millar, and Adam Smith, among others.

The Life and Opinions of Tristram Shandy, Gentleman, also known as Tristram Shandy, is a novel by Laurence Sterne, inspired by Don Quixote. It was published in nine volumes, the first two appearing in 1759, and seven others following over the next seven years. It purports to be a biography of the eponymous character. Its style is marked by digression, double entendre, and graphic devices. The first edition was printed by Ann Ward on Coney Street, York.

James Parkinson FGS was an English surgeon, apothecary, geologist, palaeontologist and political activist. He is best known for his 1817 work An Essay on the Shaking Palsy, in which he was the first to describe "paralysis agitans", a condition that would later be renamed Parkinson's disease by Jean-Martin Charcot.

Richard Bright was an English physician and early pioneer in the research of kidney disease. He is particularly known for his description of Bright's disease. 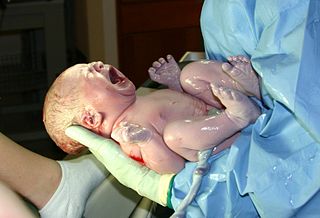 Neonatology is a subspecialty of pediatrics that consists of the medical care of newborn infants, especially the ill or premature newborn. It is a hospital-based specialty, and is usually practised in neonatal intensive care units (NICUs). The principal patients of neonatologists are newborn infants who are ill or require special medical care due to prematurity, low birth weight, intrauterine growth restriction, congenital malformations, sepsis, pulmonary hypoplasia or birth asphyxia.

Dr Slop is a choleric physician and "man-midwife" in Laurence Sterne's novel The Life and Opinions of Tristram Shandy, Gentleman (1759).

William Buchan was a Scottish physician and author. He is best known for his work Domestic Medicine: or, a Treatise on the Prevention and Cure of Diseases by Regimen and Simple Medicines, which provided laypeople with detailed descriptions of the causes and prevention of diseases. Buchan's goal was one of "laying medicine more open to mankind." With over 80,000 copies and 19 editions sold in Buchan's lifetime, it was one of the most popular medical texts in Europe and even in the European colonies in the Americas, and was translated into almost every major European language.

Richard Pearson was an English physician and medical writer. 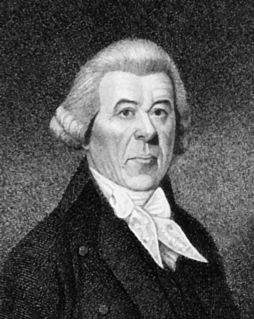 Edward Mansfield Brockbank MBE was a cardiologist and surgeon closely associated with the Manchester Royal Infirmary. He was a prolific author of medical textbooks and works of medical history and biography and contributed a number of articles to the Dictionary of National Biography.

Sir Percival Horton-Smith Hartley was an English physician and authority on tuberculosis.

John Mitchell Bruce (1846–1929) was a British physician, pathologist, and physiologist.

Ernest Frederic Neve (1861-1946) was a British surgeon, Christian medical missionary, and author who provided medical care to the people of Kashmir and pioneered work on Kangri cancers. He established the Kashmir Mission Hospital and the Kashmir State Leper Hospital with his brother Arthur Neve and made significant contributions throughout the over 50 years that he spent in Kashmir.

Lieutenant-Colonel Herbert Herbert, FRCS was a British ophthalmologist and officer in the Indian Medical Service (IMS), known for his work on trachoma, cataract and glaucoma. Later, he was vice-president of the Ophthalmological Society of the UK.

Wikiquote has quotations related to Richard Mead .
This page is based on this Wikipedia article
Text is available under the CC BY-SA 4.0 license; additional terms may apply.
Images, videos and audio are available under their respective licenses.