Richard Joseph Riordan (born May 1, 1930) is an American investment banker, businessman, lawyer, and former Republican politician who was the 39th Mayor of Los Angeles, from 1993 to 2001. Born in New York City and raised in New Rochelle, New York, he served in the United States Army during the Korean War before becoming a lawyer and investor in Los Angeles, eventually specialising in private equity.

In 1993, he was elected mayor of Los Angeles and was re-elected in 1997. In 2002, he ran unsuccessfully for Governor of California, losing the Republican primary. After leaving politics, he continued to work in business. As of 2023 [update] , he is the most recent Republican to have been mayor of Los Angeles.

Riordan, an Irish-American, was born in Flushing, Queens, and raised in New Rochelle, New York. [2] He graduated with an A.B. in philosophy from Princeton University in 1952 after completing a senior thesis titled "A Study of the Thomistic Faculty Psychology." [3] He then received a J.D. from Michigan Law School in 1956. [4] He moved to Los Angeles to begin work as an attorney for the downtown law firm of O'Melveny & Myers in 1956, leaving in 1959 to become a partner of Nossaman LLP; he was a founding partner of the law firm Riordan & McKinzie in 1975. [5] In 1982, he was a founder of the private equity firm Riordan, Lewis & Haden.

When Los Angeles Mayor Tom Bradley announced his retirement, Riordan's interest turned to the 1993 mayoral election. On election day, Riordan won, 54%–46%, becoming the first Republican mayor in over 30 years. Many of his proposals were blocked by the heavily Democratic City Council or proved simply unfeasible in reality; for example, the police academy did not have enough classroom space and instructors to train as many new police officers as Riordan had initially promised. He streamlined certain business regulations and established "one-stop" centres around the city for functions such as permit applications. He feuded with police chief Daryl Gates' successor, former Philadelphia police commissioner Willie Williams, but oversaw a general decline in crime. (In 1997, Riordan replaced Williams with LAPD veteran Bernard Parks.) That year, he was re-elected against California State Senator Tom Hayden. [6]

Riordan's tenure was marked by a controversy over the massive cost overruns occurring during the construction of the Los Angeles County Metropolitan Transportation Authority's Red Line subway. At the same time, a previously little-known group called the Bus Riders Union sued the city – on the basis of racial discrimination – over diversion of funds from buses to Red Line construction, and managed to force it into a ten-year consent decree in 1996 that eviscerated MTA funding for the construction of subway and light rail projects. Riordan has publicly regretted having signed the consent decree and counts it as the biggest mistake of his mayoral tenure. [7]

Riordan was succeeded in 2001 by James Hahn after becoming the first Mayor of Los Angeles to be term-limited out of office; it was Riordan who spearheaded the city's term limit ballot initiative, prior to becoming mayor. In the mayoral primary election that year, Riordan had endorsed his adviser and friend Steve Soboroff. Soboroff came in third in the nonpartisan race, and Hahn and former California State Assembly Speaker Antonio Villaraigosa advanced to the runoff. In the runoff election, Hahn defeated Villaraigosa, whom Riordan endorsed for the second round of balloting. Villaraigosa would go on to beat Hahn in a 2005 rematch for Mayor. [8]

In 2002, Riordan, a moderate Republican, decided to seek the governorship. He was opposed in the Republican primary election by conservative businessman Bill Simon and former California Secretary of State Bill Jones. Although he led early in the race by over 30%, he eventually lost to Simon by 18%. Riordan was hampered by a conservative Republican party base that rejected his appeal to move the party toward the centre. [9]

Governor Gray Davis' campaign spent millions of dollars running attack ads against Riordan, essentially helping the Simon campaign. Davis felt that he had a much better chance against the conservative Simon than the moderate Riordan and that the move was worth the risk. Riordan lost the primary, and Davis went on to defeat Simon 47%–42% in the general election. [10]

In early 2003, Riordan began circulating a prototype of a weekly newspaper he intended to begin publishing that June. The Los Angeles Examiner was intended to be a locally focused, sophisticated, and politically-independent publication. [11] It was never published. Riordan put the project on hold when he was appointed as state secretary for education by Governor Arnold Schwarzenegger, a position he held from 2003 until his resignation in 2005. [12]

Involvement in city politics since 2000

Riordan has played a role in City Council elections, becoming a supporter of candidates Bill Rosendahl in 2005, Monica Rodriguez in 2007, and Adeena Bleich in 2009. Rosendahl won the election in the Eleventh District; Rodriguez lost to Seventh District Councilman Richard Alarcon and Bleich lost to Paul Koretz and David Vahedi who advanced to the runoff election. In 2013, Riordan endorsed mayoral candidate Wendy Greuel. Greuel was ultimately defeated by then-Council member Eric Garcetti. [13]

Riordan & McKinzie merged into Bingham McCutchen in 2003. Riordan is the owner of the Original Pantry Cafe in Los Angeles, which has been in operation since 1924. He also owns Gladstones Malibu which has been open since 1972. The Richard J. Riordan Central Library is named after him.

James Kenneth Hahn is an American lawyer and politician. A Democrat, Hahn was elected the 40th mayor of Los Angeles in 2001. He served until 2005, at which time he was defeated in his bid for re-election. Prior to his term as Mayor, Hahn served in several other capacities for the city of Los Angeles, including deputy city attorney (1975–1979), city controller (1981–1985) and city attorney (1985–2001). Hahn is the only individual in the city's history to have been elected to all three citywide offices. He is currently a sitting judge on the Los Angeles County Superior Court.

The 2005 election for Mayor of Los Angeles took place on March 8, 2005, with a run-off election on May 17, 2005. In a rematch of the 2001 election, Councilman Antonio Villaraigosa defeated the sitting mayor, James Hahn, becoming the city's first Hispanic mayor since the 19th century.

Michael K. Woo, also known as Mike Woo, is an American politician and academic who was the dean of the College of Environmental Design at California State Polytechnic University, Pomona. As a member of the Los Angeles City Council representing District 13 from 1985 to 1993, he was that body's first Asian American member and its youngest member upon his election, at 33. 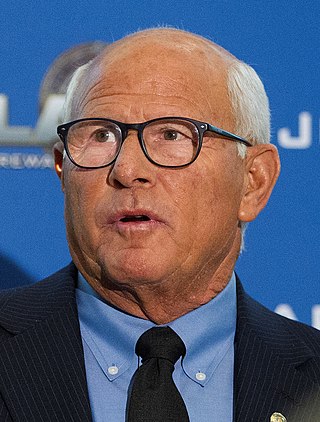 Steve Soboroff is an American businessman, philanthropist, and politician, who has been serving as a Los Angeles Police Commissioner since August 2013. Soboroff previously served as President of the Los Angeles Recreation and Parks Commission between 1995 and 2000. After serving on the L.A. Harbor Commission and as Senior Advisor to Los Angeles Mayor Richard Riordan, Soboroff ran for Mayor of Los Angeles in the 2001 election and placed third.

The 2001 election for Mayor of Los Angeles took place on April 10, 2001, with a run-off election on June 5, 2001. Incumbent mayor Richard Riordan was prevented from running for a third term because of term limits. In the election to replace him, then-City Attorney James Hahn defeated Antonio Villaraigosa, the former speaker of the California State Assembly.

The Getty House is the official residence of the mayor of Los Angeles, California. It is located at 605 South Irving Boulevard in Windsor Square, a historic district east of Hancock Park, about five miles west of the Los Angeles City Hall. 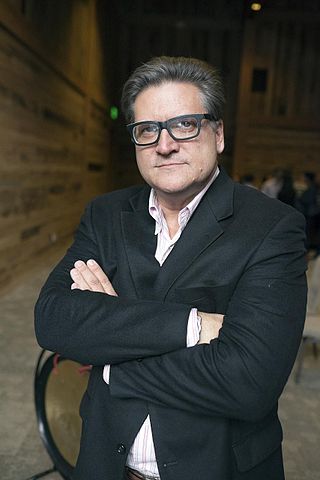 Robert Myles Hertzberg is an American politician who previously served in the California State Senate. A Democrat he represented the 18th Senate District, which includes parts of the San Fernando Valley.

Los Angeles City Clerk is in charge of record keeping for the city and elections. Mayor Eric Garcetti appointed the current City Clerk, Holly L. Wolcott, on August 13, 2014. Wolcott has a long record of service to the City of Los Angeles, having served in the City Clerk's office before working in the Fire Department, Department of Aging, Police Department and Office of the Chief Legislative Analyst. She returned to the Office of the City Clerk as the Chief of Administrative Services in 2004, become the Executive Officer in 2008, and has served under the administrations of Mayors Tom Bradley, Richard Riordan, James Hahn and Antonio Villaraigosa. Wolcott was preceded by June Lagmay (2009-2013), Frank Martinez (2004–2008), and J. Michael Carey (1997–2005). 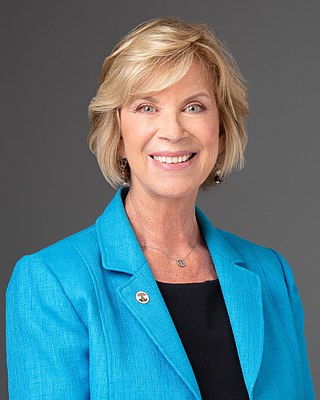 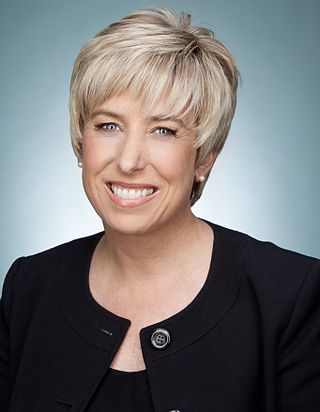 Wendy Jane Greuel is an American politician. She served as Los Angeles City Controller from 2009–13. Greuel was the second woman elected to citywide office in Los Angeles, after her predecessor Laura Chick. 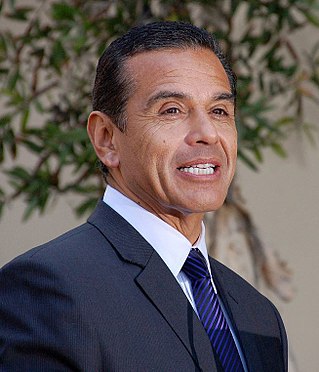 Antonio Ramón Villaraigosa is an American politician who served as the 41st Mayor of Los Angeles from 2005 to 2013. A member of the Democratic Party, Villaraigosa was a national co-chairman of Hillary Clinton's 2008 presidential campaign, a member of President Barack Obama's Transition Economic Advisory Board, and chair of the 2012 Democratic National Convention. 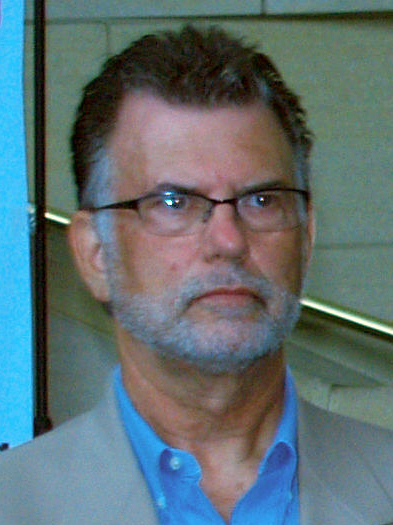 Richard Katz is an American former politician. A member of the Democratic Party, Katz served in the California State Assembly for the 39th district from 1980 until 1996.

Christine "Chris" Essel is the President of Southern California Grantmakers (SCG), a regional association of philanthropic leaders whose mission is to support and advance effective, responsible philanthropy for the public good. SCG’s members include family, community, private, corporate and public foundations, as well as individual grantmakers. As president, Ms. Essel sets the strategic direction and priorities for the organization, overseeing programming, communications, member services and public policy. She joined SCG as President on February 1, 2013. 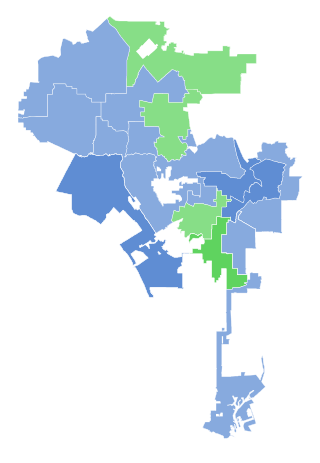 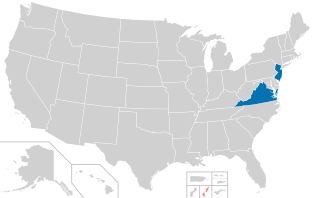 The 2001 United States elections were held on November 6 of that year. The 2001 recession was a dominant issue throughout the year as well as the September 11 attacks and subsequent War on Terror.

The Thomas and Dorothy Leavey Center for the Study of Los Angeles (StudyLA) is a non-profit, non-partisan education and research institute at Loyola Marymount University in Los Angeles, California. 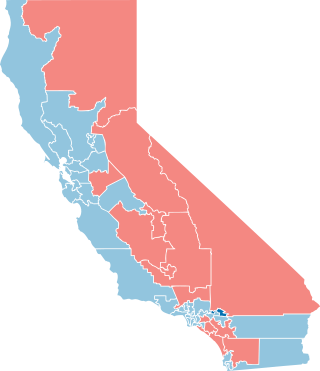 The 2014 United States House of Representatives elections in California were held on Tuesday, November 4, 2014, with a primary election on June 3, 2014. Voters elected the 53 U.S. representatives from the state of California, one from each of the state's 53 congressional districts. The elections coincided with the elections of other offices, including a gubernatorial election.

The 2018 California gubernatorial election was held on November 6, 2018, to elect the Governor of California. Incumbent Democratic Governor Jerry Brown was ineligible to run for re-election for a third consecutive term due to term limits from the Constitution of California. The race was between the incumbent Democratic Lieutenant Governor Gavin Newsom and businessman John H. Cox, a Republican, who qualified for the general election after placing first and second in the June 5, 2018, primary election. 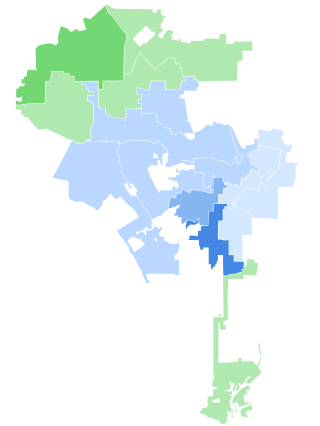 The 2022 Los Angeles mayoral election was held on November 8, 2022, to elect the mayor of Los Angeles, California. A top-two primary was held on June 7, 2022. Candidates could win the election outright by receiving more than 50% of the vote, but no candidate received a majority. More than forty candidates formed committees to run. Twenty-seven filed their declaration of intention to collect signatures for the ballot, and of these twelve qualified. 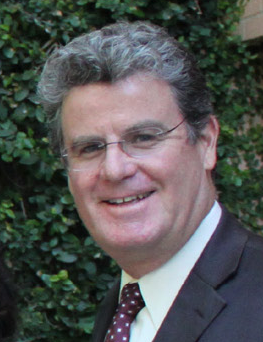 Timothy B. McOsker is an American businessman, attorney, and former lobbyist, serving as a member of the Los Angeles City Council for the 15th district. Prior to that, he was the CEO of AltaSea at the Port of Los Angeles from 2018 to 2022 and chief of staff to Los Angeles City Attorney, later Mayor, James Hahn from 1997 to 2005.

Wikimedia Commons has media related to Richard Riordan .
This page is based on this Wikipedia article
Text is available under the CC BY-SA 4.0 license; additional terms may apply.
Images, videos and audio are available under their respective licenses.