According to Opera News , "Traubner was universally regarded as the foremost expert on operetta in the U.S." [4] He reviewed numerous opera and theatre productions and wrote widely on opera, musical theatre, classical music and film. He also wrote reviews, liner and program notes and participated in theatre productions as translator, director and designer.

Traubner was the son of Muriel and Edward Traubner. He attended Boston University, where he was president of the B. U. Savoyards. [5] He received his Ph.D. from New York University. [6] From 1971 to 1977, he was the editor of The Palace Peeper, the newsletter of the Gilbert and Sullivan Society of New York. [7]

His book on the history of operetta was first published in 1983 and won the 17th annual ASCAP-Deems Taylor Award. [8] According to MusicWeb International, Traubner's book is "One of the best reference books of the Musical Theatre. ... Apart from [Kurt Gänzl]'s The British Musical Theatre and Musicals, there is no better book than this to dip into for acquiring a perspective on shows or the activity surrounding a particular production. Of especial interest ... is the valuable detail Traubner gives about composers' backgrounds, training and career structure. ... Traubner ... writes in an easy style". [9] John Kenrick calls the book "The ultimate love letter to operetta, with superb scholarship throughout." [10] The book "is still the definitive work on the subject". [11] American Record Guide calls it "the standard work on the subject". [6] [12] [13] The Gramophone wrote:

"Operetta... is history in the best sense, not just chronology: the development and diffusion of operetta, the complex international web of influence, imitation and adaptation are firmly mapped... Traubner records not only the majority of noteworthy premières but the dates and places of notable foreign productions, as well as important or influential revivals, including modern ones.... He leaves plenty of space for reflection and comment, allowing the reader to trace such threads as the importance of topical reference, even parody (parody of grand opera, not least) in operetta and the crucial element of nostalgia in this genre.... Traubner's book, indeed, provides all the groundwork for a future study of operetta as an index of socio-political attitudes.... I know of no more readable or (save for his rather scrappy treatment of zarzuela) more comprehensive treatment of that subject. [14]

Traubner wrote widely about opera, musical theatre, film and classical music, as well as reviewing and numerous opera and theatre productions, as a frequent contributor to Opera News , [15] [16] The New York Times , [17] [18] The Economist , American Record Guide and many other publications. [4] He frequently provided notes for recordings and operetta productions. [19] He translated into English, [20] [21] directed and designed sets for many European operettas in the U.S. In 2000 and 2001, he was the designer in residence at Ohio Light Opera and designed and translated numerous productions for them, directing some. He also designed for Harrisburg Opera in Pennsylvania. [22] [23] 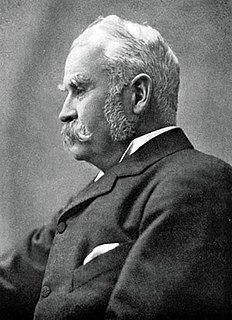 Gilbert and Sullivan refers to the Victorian-era theatrical partnership of the dramatist W. S. Gilbert (1836–1911) and the composer Arthur Sullivan (1842–1900) and to the works they jointly created. The two men collaborated on fourteen comic operas between 1871 and 1896, of which H.M.S. Pinafore, The Pirates of Penzance and The Mikado are among the best known. 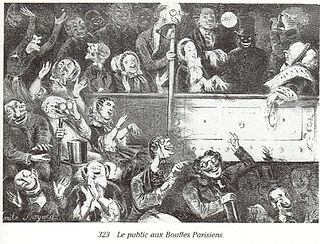 Operetta is a form of theatre and a genre of light opera, light in terms of both music and subject matter. It includes spoken dialogue, songs, and dances. "Operetta" is the Italian diminutive of "opera" and was used originally to describe a shorter, perhaps less ambitious work than an opera. Operetta became a recognizable form in the mid-1800s in France, and its popularity led to the development of many national styles of operetta. Operetta as a genre lost favor in the 1930s and gave way to modern musical theatre. Important operetta composers include Johann Strauss, Jacques Offenbach and Franz Lehar. 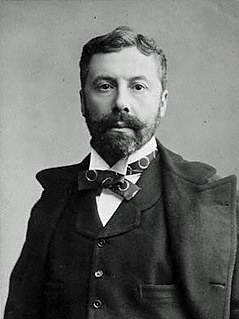 Richard D'Oyly Carte was an English talent agent, theatrical impresario, composer and hotelier during the latter half of the Victorian era. He built two of London's theatres and a hotel empire, while also establishing an opera company that ran continuously for over a hundred years and a management agency representing some of the most important artists of the day. 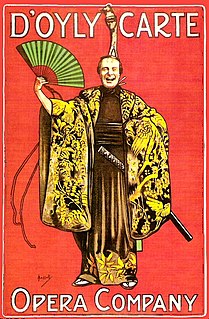 The Mikado; or, The Town of Titipu is a comic opera in two acts, with music by Arthur Sullivan and libretto by W. S. Gilbert, their ninth of fourteen operatic collaborations. It opened on 14 March 1885, in London, where it ran at the Savoy Theatre for 672 performances, the second-longest run for any work of musical theatre and one of the longest runs of any theatre piece up to that time. By the end of 1885, it was estimated that, in Europe and America, at least 150 companies were producing the opera. 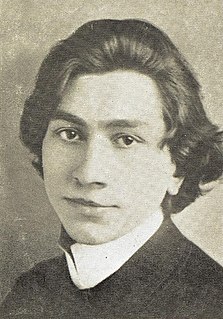 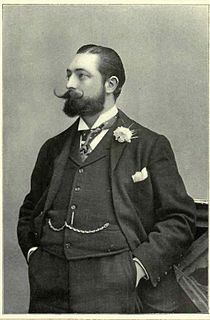 The D'Oyly Carte Opera Company is a professional light opera company that staged Gilbert and Sullivan's Savoy operas nearly year-round in the UK and sometimes toured in Europe, North America and elsewhere, from the 1870s until 1982. The company was revived for short seasons and tours from 1988 to 2003, and with Scottish Opera it later co-produced two productions. 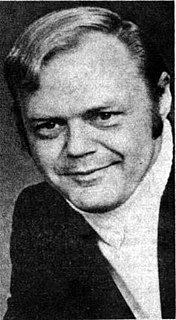 Light Opera of Manhattan, known as LOOM, was an Off-Broadway repertory theatre company that produced light operas, including the works of Gilbert and Sullivan and European and American operettas, 52 weeks per year, in New York City between 1968 and 1989. 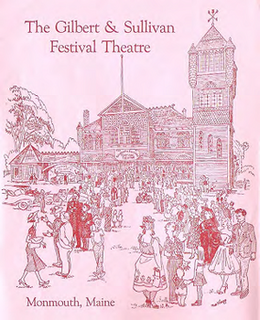 American Savoyards was an Off-Broadway and touring repertory theatre company that produced light operas, principally the works of Gilbert and Sullivan, in New York City and on tour between 1948 and 1967.

The Ohio Light Opera is a professional opera company based in Wooster, Ohio that performs the light opera repertory, including Gilbert and Sullivan, American, British and continental operettas, and other musical theatre works, especially of the late 19th and early 20th centuries. The company is also known for its recordings of these works. 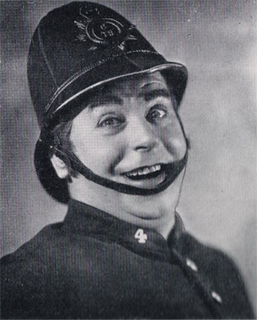 Richard Walker, was an English opera singer and actor, best known for his performances in the baritone roles of the Savoy Operas with the D'Oyly Carte Opera Company. Between 1932 and 1939 Walker was married to D'Oyly Carte chorister Ena Martin. He married the company's principal soprano Helen Roberts in 1944. 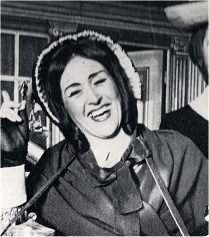 Patricia Leonard was an English opera singer, best known for her performances in mezzo-soprano and contralto roles of the Savoy Operas with the D'Oyly Carte Opera Company.

Selina Dolaro was an English singer, actress, theatre manager and writer. During a career in operetta and other forms of musical theatre, she managed several of her own opera companies and raised four children as a single mother. She is best remembered as a producer of the original production of Trial by Jury by Gilbert and Sullivan.

Washington Savoyards was a professional musical theatre company based in Washington, DC. Founded in 1972, the company annually produced three fully staged musicals and operettas, usually including at least one Gilbert and Sullivan production each year. It performed at the Duke Ellington School and the Atlas Performing Arts Center. The company suspended performances in 2012.

Sullivan and Gilbert is a jukebox musical by Ken Ludwig with music and lyrics by Gilbert and Sullivan. Sullivan and Gilbert features over 15 Gilbert and Sullivan songs. It examines a fictional day in 1890 when the Victorian era composer and dramatist, while embroiled in their 1890 "carpet quarrel", are requested by Queen Victoria to present a revue of songs from their operas on short notice. 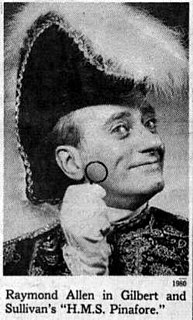 Raymond Allen was an American stage actor who was best known for his performances in Gilbert and Sullivan and other light operas from the 1950s through the 1980s. He spent most of his career with the American Savoyards and later the Light Opera of Manhattan. 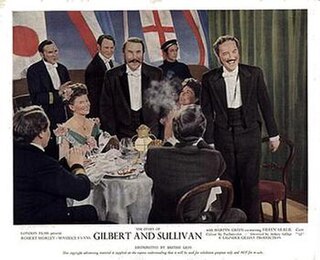 Geoffrey Richard Shovelton was an English singer and illustrator best known for his performances in leading tenor roles with the D'Oyly Carte Opera Company in the 1970s.

William Chapman was an American operatic baritone and stage actor. He appeared in several Broadway productions and was notably a leading performer at the New York City Opera from 1957 through 1979.