Richard Evelyn Vernon (7 March 1925 – 4 December 1997) was a British actor. [1] He appeared in many feature films and television programmes, often in aristocratic or supercilious roles. Prematurely balding and greying, Vernon settled into playing archetypal middle-aged lords and military types while still in his 30s. [2] He is perhaps best known for originating the role of Slartibartfast in The Hitchhiker's Guide to the Galaxy . Other notable roles included Edwin Oldenshaw in The Man in Room 17 (1965–67), Sir James Greenley, alias "C" in The Sandbaggers (1978–80) and Sir Desmond Glazebrook in Yes Minister (1980–81) and its sequel series Yes, Prime Minister (1987).

Vernon was born in Kenya in 1925 to British parents. Vernon and his parents moved to Britain in 1937 where Vernon attended Reading School and Leighton Park School (both in Reading, Berkshire). [3] During the Second World War served in the Royal Navy. He trained as an actor at the Central School of Speech and Drama. [2]

In 1960, Vernon appeared in an adaptation of A.J. Cronin's novel, The Citadel . In 1961, he played the father in the BBC series, Stranger on the Shore . An early leading role was as wartime agent-turned-criminologist Edwin Oldenshaw in the TV series The Man in Room 17 (1965–66) and its sequel The Fellows (1967). [2] [4] He also played a small role as Colonel Smithers, an executive of the Bank of England, in a scene opposite Sean Connery and Bernard Lee in the 1964 James Bond film Goldfinger , discussing how Auric Goldfinger transports his gold overseas. [5]

He played an unnamed 'city gent' reluctantly sharing a train compartment with the Beatles in A Hard Day's Night , planet designer Slartibartfast in the BBC radio and TV series The Hitchhiker's Guide to the Galaxy , the occasional character Sir Desmond Glazebrook in the TV series Yes Minister and Yes, Prime Minister , and Mr Becket in Sammy's Super T-Shirt . [6] He also appeared in the 1965 Morecambe and Wise film The Intelligence Men as patron of the arts Sir Edward Seabrook, Lord Bartelsham in Ripping Yarns , and Squire Dale in the BBC Radio 4 adaptation of The Small House at Allington . [1] [7] [8] He played Admiral Croft in the 1971 BBC television adaptation of Persuasion . [9] He played the urbane head of the Secret Intelligence Service Sir James Greenley in ITV political drama The Sandbaggers from 1978 to 1980. In 1986 he appeared in Paradise Postponed , and voiced the professor Gus in The Giddy Game Show (1985-7), [1] in addition to a cameo role (as Professor Jerry Coe) in the video for Experiment IV by Kate Bush. He also appeared in the final episode of Thames Television's production of Rumpole of the Bailey (1992) as Rumpole's exculpatory dentist, Lionel Leering, and in the last series of Lovejoy (1994) playing Tinker's brother-in-law.

On radio, in 1978 he played Sir Gerald Tarrant in a BBC World Service adaptation of the Modesty Blaise book Last Day in Limbo and Professor Misty in the BBC Radio 3 sitcom Patterson in 1981. [10] He also starred in the title role of Lord Emsworth in several BBC Radio 4 series of Blandings between 1985 and 1992. [11]

In December 1990 he began teaching a course on stage acting in Harare, Zimbabwe. He moved back to England in January 1992. [12]

His final film appearance was a cameo at the end of the family film Loch Ness , which was released in 1996. [13]

Vernon died of complications from Parkinson's disease on 4 December 1997. [2] 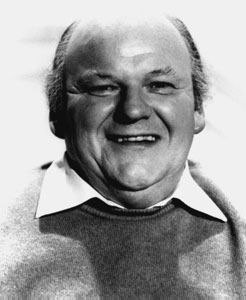 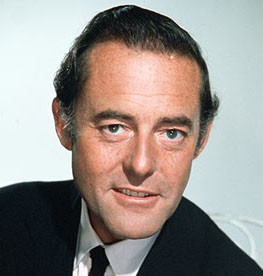 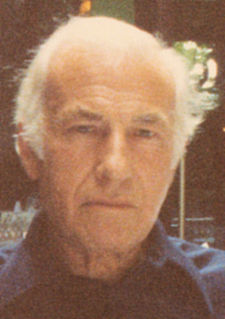 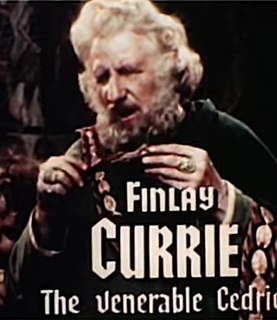 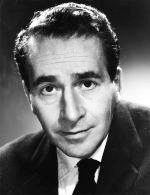 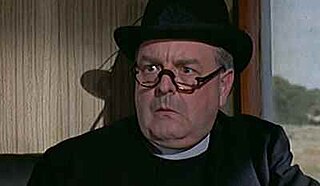 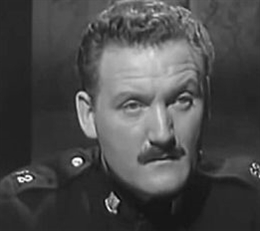 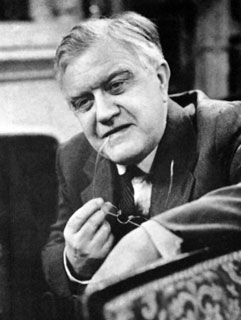 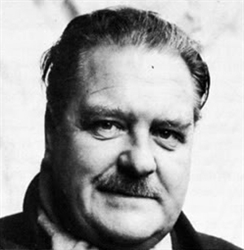