Powerscourt was the son of the politician Edward Wingfield and his wife, Eleanor Gore, a daughter of Sir Arthur Gore, 1st Baronet. [1] He was a descendant of the uncle of Folliott Wingfield, 1st Viscount Powerscourt.

He sat in the Irish House of Commons as the Member of Parliament for Boyle between 1727 and 1743. On 4 February 1743 he was elevated to the Peerage of Ireland as Viscount Powerscourt, of Powerscourt in County Wicklow, and Baron Wingfield, of Wingfield in County Wexford, and he assumed his seat in the Irish House of Lords. In 1746 he was made a member of the Privy Council of Ireland.

On 13 April 1727 he married Dorothy Beresford Rowley, and together they had four children. He was succeeded in his titles by his eldest son, Edward. Edward was in turn succeeded by the first Viscount's second son, Richard. [2]

Powerscourt was responsible for commissioning the German architect, Richard Cassels, to carry out extensive remodelling work on Powerscourt House between 1731 and 1741. [3]

Robert Stewart, 1st Marquess of Londonderry PC (Ire), was a wealthy Irish landowner who became a marquess due to the influence of his eldest son, the diplomat and politician Castlereagh. 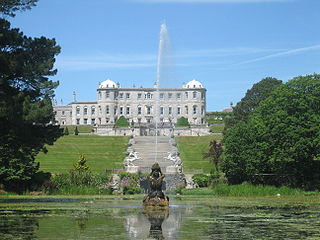 Viscount Powerscourt is a title that has been created three times in the Peerage of Ireland, each time for members of the Wingfield family. It was created first in 1618 for the Chief Governor of Ireland, Richard Wingfield. However, this creation became extinct on his death in 1634. It was created a second time in 1665 for Folliott Wingfield. He was the great-great-grandson of George Wingfield, uncle of the first Viscount of the 1618 creation. However, the 1665 creation also became extinct on the death of its first holder in 1717.

Charles William Molyneux, 1st Earl of Sefton was a Member of the British Parliament and a member of the peerage of Ireland.

Richard Wingfield, 1st Viscount Powerscourt, PC was an English-born army officer and military administrator during the reigns of Elizabeth I and James I. He is notable for his defeat of Sir Cahir O'Doherty's forces at the 1608 Battle of Kilmacrennan during O'Doherty's Rebellion in Ireland. 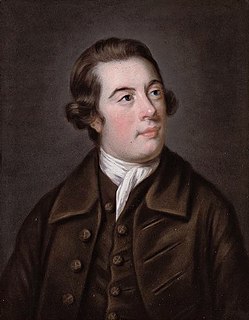 Richard White, 1st Earl of Bantry was an Anglo-Irish soldier and peer.

William Brabazon, 1st Earl of Meath was an Anglo-Irish peer. 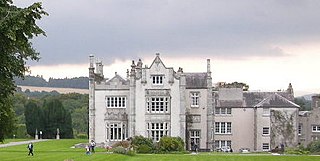