Last updated January 03, 2021
Not to be confused with Richardson Stadium.

There have been three versions of George Taylor Richardson Memorial Stadium, a Canadian football stadium located on the campus of the Queen's University in Kingston, Ontario. All three have been the home of the Golden Gaels/Gaels football team. The facilities are named in memory of George Taylor Richardson, a Queen's graduate renowned for his athleticism and sportsmanship who died in the First World War.

The original stadium built in 1921 was funded by George's brother, James Armstrong Richardson, graduate and Chancellor of Queen's.

The second stadium was built in 1971. The stadium's bleachers (which recycled steel from the first facility) were deemed structurally unsafe in May 2013, causing 6,500 seats to be removed. [2] Renovations were completed in July 2013, with a new seat capacity of 8,500 with two new end zone seating sections. [3]

In December 2014, a $20.27 million revitalization was announced that was completed for September 17, 2016 for its inaugural football game. According to the university the facility has "over 8,000" seats, but no specific number is provided by the institution. [4] [5] [6]

The original field was located on Union Street at the present site of Mackintosh-Corry Hall and its parking lot. It was opened in 1921 on a piece of land bought from a community of nuns. This field hosted the 1922 Grey Cup, where the Golden Gaels defeated the Edmonton Elks 13–1, for their first of three Grey Cups. The official attendance was listed at 4,700. According to Michael Januska's book, Grey Cup Century there were more spectators on hand than the original grandstand could accommodate.

"The 10th Grey Cup was the only final played in Kingston, Ontario. The stands at Richardson Stadium were filled to capacity, just under 5,000, with the overflow standing around the field." - Grey Cup Century, pg. 46 [7]

Franklin Delano Roosevelt received his honorary degree from Queen's on August 18, 1938 at Richardson, where he made a historic speech that was seen as a departure from American isolationism. [8]

When a new social sciences complex, Mackintosh-Corry Hall was planned, the original stadium was torn down and relocated to the newly acquired West Campus. Many staff, students, and alumni were very upset about the move, feeling that the stadium belonged in the heart of campus, but the project went ahead anyway and the stadium was built on West Campus in 1971.

Plans to reconstruct the 40-year-old stadium at the same location were approved in December 2014, with $20.27 million of funding needed. [10] Principal Daniel Woolf stated that the stadium was "desperately in need of revitalization". $17 million was raised from donations, including $10 million from former Gaels football player and current Guelph Gryphons head coach Stu Lang. Construction began on December 5, 2015 and the stadium re-opened for the beginning of the 2016 football season on September 17, 2016. [11]

Richardson played host to two World Cup 2006 qualifiers between Canada and Belize in 2004. Canada won both matches 4–0 and progressed to the semifinal stage after Belize had forfeited their right to play a home match due to a lack of infrastructure.

It hosted the Colonial Cup match between the U.S. Tomahawks and Canada Wolverines on September 19, 2010 which was the first international rugby league match played in Canada since 1995. [12] 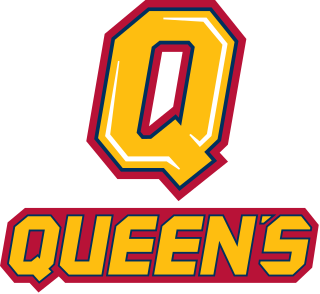 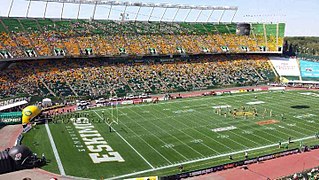 Commonwealth Stadium, also known as The Brick Field at Commonwealth Stadium during Edmonton Football Team events, is an open-air, all-seater multipurpose stadium located in the McCauley neighbourhood of Edmonton, Alberta, Canada. It has a seating capacity of 55,819, making it the largest open-air stadium in Canada. It has been used for Canadian football, athletics, soccer, and rugby union, as well as concerts. 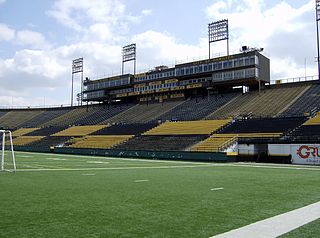 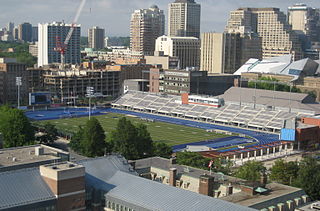 Memorial Stadium, nicknamed The Sea of Red, is an American football stadium located on the campus of the University of Nebraska–Lincoln in Lincoln, Nebraska. The stadium primarily serves as the home venue for the Nebraska Cornhuskers football team and a variety of other university and state activities. 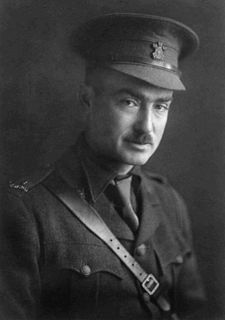 Captain George Taylor Richardson was a Canadian ice hockey player, businessman, and later a soldier. Richardson played hockey for Queen's University and the 14th Regiment of Kingston, and was considered one of the finest amateurs of his time. He is enshrined in the Hockey Hall of Fame, and is the namesake of the George Richardson Memorial Trophy. Richardson was part of a prominent business family that owned and operated a grain processing business in Kingston, Ontario. He joined the Canadian Expeditionary Forces in World War I, and died in action in Belgium.

The Estádio Governador Plácido Castelo, also known as the Castelão or Gigante da Boa Vista, is a football stadium that was inaugurated on November 11, 1973 in Fortaleza, Ceará, Brazil, with a maximum capacity of 63,903 spectators. The stadium is owned by the Ceará state Government, and is the home ground of Ceará Sporting Club and Fortaleza Esporte Clube. Its formal name honors Plácido Aderaldo Castelo, who served as the Governor of Ceará from September 12, 1966 to March 15, 1971, and was a leader in getting the stadium built. 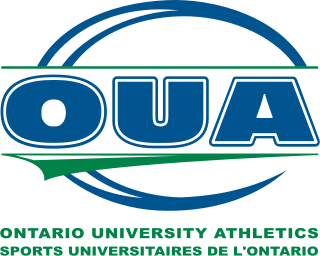 Queen's University at Kingston, commonly known as Queen's University or simply Queen's, is a public research university in Kingston, Ontario, Canada. Queen's holds more than 1,400 hectares of land throughout Ontario and owns Herstmonceux Castle in East Sussex, England. Queen's is organized into ten undergraduate, graduate, and professional faculties and schools. 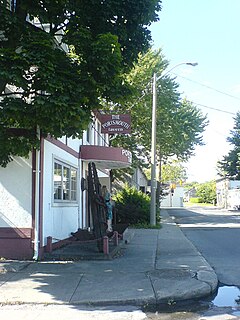 Portsmouth Village is a formerly incorporated village in Ontario which was annexed to become a neighbourhood of Kingston, Ontario, Canada in 1952.

The 10th Grey Cup was played on December 2, 1922, before 4,700 fans at Richardson Memorial Stadium at Kingston.

The Colonial Cup is an international rugby league football challenge match played between the United States Tomahawks and the Canada Wolverines. The inaugural match was played in September, 2010 at the Richardson Memorial Stadium at Queen's University in Kingston, Ontario. The match was won by the USA Tomahawks 22-16.

FFB Stadium is a football stadium in Belmopan, Belize. It has a capacity of 5,000 spectators.

Mosaic Stadium is an open-air stadium in Regina, Saskatchewan. Announced on July 12, 2012, the stadium replaced Mosaic Stadium at Taylor Field as the home field of the Canadian Football League's Saskatchewan Roughriders. It was designed by HKS, Inc., in joint venture with B+H, the architects of record. Preliminary construction on the new stadium began in early 2014, and it was declared "substantially complete" on August 31, 2016. The stadium is owned by the city of Regina and operated by the Regina Exhibition Association Ltd. (REAL).