Ricki Wertz (1935 –July 14, 2021) was an American actress and television personality. She was a pioneering figure in local television in Pittsburgh, Pennsylvania, appearing on several shows from the late 1950s until the 1980s. She was noted for hosting Ricki & Copper and Junior High Quiz.

Wertz was born in Wilkes-Barre, Pennsylvania, in 1935. [1] [2] She left her hometown when she was 17 in order to train at the Pittsburgh Playhouse on a scholarship. One of her roommates was future film and television star Shirley Jones, also from Pennsylvania. [2] Wertz subsequently undertook postgraduate studies at La Roche College, where her thesis was based on the series she created called The Chemical People. [3]

Wertz first worked on local Pittsburgh TV delivering the weather report for WTAE-TV. It featured her singing to the audience while dressed in a negligee. [2] She went on to host a popular children's morning program, Comedy Time, starting in 1958. The show was renamed Ricki & Copper the following year, when Ricki's dog, Copper, joined the cast. The show continued to be broadcast until 1969, when Wertz left the show to spend more time with her baby daughter who had been born prematurely. [3]

From 1965 to 1982, Wertz also hosted Junior High Quiz on Sunday afternoons. Junior High Quiz showcased two teams of eighth grade students from local junior high schools. The students had to answer a series of questions to score points for their teams. [3] [4] The quiz show was sponsored by Pittsburgh National Bank. [5] Both Ricki & Copper and Junior High Quiz were broadcast on WTAE-TV Channel 4. [1]

Wertz moved to WQED-TV Channel 13 in 1982. There she hosted a documentary series, Chemical People, which focused on drug-addicted persons, and Project Literacy U.S., another documentary addressing literacy in the USA. [1] [3]

Wertz married Tom Bordenkircher in 1954. They met while working at WENS (TV) and remained married until his death in February 2020. [1] [4] She revealed in 2007 that Copper was the wedding gift Bordenkircher gave her, after she requested a dog instead of jewelry. [4] Together, they had two children: Tom and Kristin. The couple moved from North Huntingdon to Chicago in 2015 to live closer to their children. [1] [4] 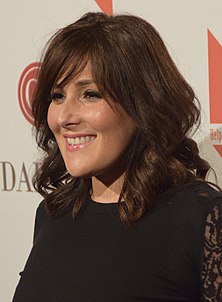 Ricki Pamela Lake is an American actress, television presenter and producer. She is known for her lead role as Tracy Turnblad in the 1988 film Hairspray, for which she received a nomination for the Independent Spirit Award for Best Female Lead. She is also known for her talk show, Ricki Lake, which was broadcast internationally from September 1993 until May 2004. When the show debuted, Lake was 24 and credited as being the youngest person to host a syndicated talk show at the time. In autumn 2012, Lake began hosting a second syndicated talk show, The Ricki Lake Show. The series was canceled in 2013 after a single season, but Lake won her first Daytime Emmy Award for the project.

William Lawrence Francis Cullen was an American radio and television personality whose career spanned five decades. His biggest claim to fame was as a game show host; over the course of his career, he hosted 23 shows, and earned the nickname "Dean of Game Show Hosts". Aside from his hosting duties, he appeared as a panelist/celebrity guest on many other game shows, including regular appearances on I've Got a Secret and To Tell the Truth. 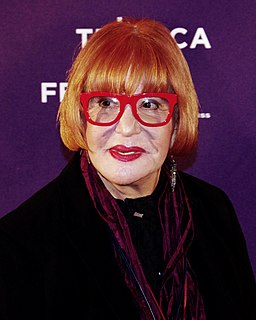 The 1980 Pennsylvania Lottery scandal, colloquially known as the Triple Six Fix, was a successful plot to rig The Daily Number, a three-digit game of the Pennsylvania Lottery. All of the balls in the three machines, except those numbered 4 and 6, were weighted, meaning that the drawing was almost sure to be a combination of those digits. The scheme was successful in that 666 was drawn on April 24, 1980; however, the unusual betting patterns alerted authorities to the crime. The chief conspirators were sent to prison, and most of the fraudulently acquired winnings were never paid out.

KDKA-TV, virtual channel 2, is a CBS owned-and-operated television station licensed to Pittsburgh, Pennsylvania, United States. The station is owned by the CBS Television Stations subsidiary of ViacomCBS, as part of a duopoly with Jeannette-licensed CW owned-and-operated station WPCW. The two stations share studios at the Gateway Center in downtown Pittsburgh; KDKA-TV's transmitter is located in the Perry North neighborhood of Pittsburgh. On cable, the station is carried on Comcast Xfinity channel 6, and Verizon FiOS channel 2. KDKA-TV, along with sister station KYW-TV in Philadelphia, are the only CBS-affiliated stations east of the Mississippi River with "K" call signs.

WTAE-TV, virtual channel 4, is an ABC-affiliated television station licensed to Pittsburgh, Pennsylvania, United States. It has been owned by the Hearst Television subsidiary of New York City-based Hearst Communications since the station's inception, making this one of two stations that have been built and signed on by Hearst. WTAE's studios are located on Ardmore Boulevard in the suburb of Wilkinsburg, and its transmitter is located in Buena Vista, Pennsylvania. On cable, WTAE is carried on Comcast Xfinity channel 8 and Verizon FiOS channel 4.

WPXI, virtual channel 11, is an NBC-affiliated television station licensed to Pittsburgh, Pennsylvania, United States. The station is owned by Atlanta-based Cox Media Group. WPXI's offices and studios are located on Evergreen Road in the Summer Hill neighborhood of Pittsburgh. Its transmitter is on Television Hill in the Fineview section of the city, at the site of the station's original studio location.

Lynn Cullen is an American liberal radio talk show host in Pittsburgh, Pennsylvania. Most recently, she hosts an internet radio talk show on the Pittsburgh City Paper's website on weekdays from 10 - 11 am. She was also a regular panelist on WQED (TV)'s Friday evening program, 4802. until leaving the show in 2015. Prior to this, Cullen was briefly on radio station WAMO-AM 860 weekdays from 5-7 p.m. EST. As of May 15, 2009, WAMO and several sister stations are in the process of being sold, and Cullen and all other employees were abruptly laid off. On July 7, 2009, it was announced that she will broadcast a one-hour Internet radio show on the Pittsburgh City Paper's website starting on August 18, 2009

WPGP is an AM radio station in Pittsburgh, Pennsylvania, United States, broadcasting at 1250 kHz with a power level of 5,000 watts. The station is owned and operated by the Salem Media Group.

Adventure Time was a local children's television show on WTAE-TV 4 in Pittsburgh, Pennsylvania, from 1959 to 1975. It was hosted by Paul Shannon, with guitarist Joe Negri and puppeteer Jim Martin. Martin later became a puppeteer for Sesame Street.

Paul Vincent Shannon was a veteran Pittsburgh radio announcer in the days before commercial television. He worked for years at KDKA radio in Pittsburgh, Pennsylvania, and hosted his own show as the Dream Weaver, reading romantic poetry to electric organ accompaniment in the style of Peter Grant on the famous Cincinnati radio program Moon River over WLW. He also hosted the syndicated science-focused program Adventures in Research with Thomas Phillips.

Ricki & Copper (1959–1969) was a popular local children's program that ran weekday mornings on WTAE-TV in Pittsburgh, Pennsylvania, and was one of two locally produced children's shows that aired on WTAE, the other being Paul Shannon's Adventure Time, which aired in the afternoon. The show was originally an offshoot of another local program, The Comedy Show which ran from 1958 to 1959.

Sarah (Sally) Wiggin is a prominent television news anchor and personality in Pittsburgh.

Jim Krenn is an American comedian and radio personality, best known for his work on The DVE Morning Show on WDVE in Pittsburgh, Pennsylvania from 1988-December 6, 2011. Krenn and former partner Scott Paulsen provided most of the voices for the Nickelodeon Stop Motion animation series, Action League NOW!.

The Ricki Lake Show is an American first-run syndicated talk show hosted by Ricki Lake. The series also marked her return to talk television after leaving the genre in 2004. After several years of considering coming back to daytime with a new talk show, Lake signed on as both host and producer with 20th Television for this project, which debuted in United States and Canada on September 10, 2012, and began taping episodes on July 25, 2012, at the Culver Studios. The show is co-produced by both Twentieth Television and Monet Lane Productions.

Emily Kinkead is an American politician. She is a Democrat in the Pennsylvania House of Representatives. In 2020, Kinkead was elected to represent District 20, which encompasses several communities in Pittsburgh and Allegheny County.