Rin Shin (りんしん, Romanized as Rin-Sin) is a Japanese character designer, animator, animation director, and illustrator most notable for his works with Arms Corporation. 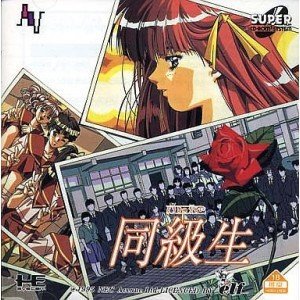 Dōkyūsei is an adult dating sim video game. It is the first game in the Dōkyūsei series of adult-themed dating sims by ELF Corporation. It was released in 1992. 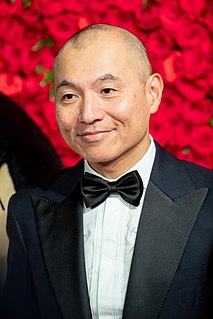 Masaaki Yuasa is a Japanese animator, storyboard artist, screenwriter, anime television and film director known for his wild, freeform style. In June 2014, he announced that he, along with his close affiliate Eunyoung Choi, had founded an animation studio by the name of Science Saru. Yuasa retired as the president of Science Saru on March 25, 2020. 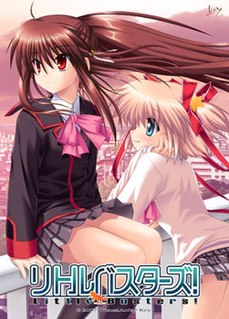 Kazuya Kuroda is a Japanese animator, character designer and illustrator. He made with his debut with the Gainax series, Top o Nerae! and Fushigi no Umi no Nadia, to which he contributed the in-between and key animation respectively. He was then the character designer and the chief animation director of Gonzo's Vandread, where his style of art and animation, especially of the female characters, brought him a great number of fans and renown.

Kazuto Nakazawa is a Japanese character designer and director of numerous anime series and video games who also goes by the pseudonym Takeshi Tsuji. His directorial work includes Parasite Dolls, the anime sequence in Kill Bill: Volume 1, and the Moondrive segment of Genius Party Beyond. He has designed characters for many anime, such as Ashita no Nadja and Samurai Champloo, for which he also served as animation director. In addition to his work with anime, he designed the characters of Tales of Legendia and was the animation director of Devil Kings. Throughout his career, he has worked also as an animator, providing key animations to anime such as The Animatrix's "Kid's Story" and "A Detective Story". He has made two appearances at anime conventions in the United States: at Otakon in 1999 and 2006. He also animated the Joe Hahn-directed music video for the Linkin Park song "Breaking the Habit."

Shigenori Kageyama is a male Japanese animation director. He is also known under the name Yōsei Morino.

Twilight Q is an anime OVA series released in Japan in 1987 by Network Frontier. The series is similar to The Twilight Zone in content and presentation. It was aired in Japan on the anime television network Animax on August 5, 2007.

Shin Ōnuma is a Japanese anime and theatre director. He has also provided key animation for many anime. Most prominently he has directed Ef: A Tale of Memories. He was previously working with Shaft alongside Akiyuki Shinbo until the end of 2009, and is currently employed by Silver Link as the studio's most prominent director.

Hideki Tachibana is a Japanese writer and director of anime.

Hiroshi Kojina is a Japanese anime director. Some of his works include Grenadier, Majin Tantei Nōgami Neuro, Kiba, Rainbow - Nisha Rokubō no Shichinin and the 2011 anime adaptation of Hunter × Hunter. He is a member of the Japanese Animation Creators Association. Following the death of Toyoo Ashida, he became the head of Studio Live.

Yasuomi Umetsu is a Japanese animator known for creating the Kite film series.

Rideback, stylized as RIDEBACK or RideBack, is a Japanese manga series created by Tetsurō Kasahara. It was serialized in Shogakukan's monthly Monthly Ikki magazine from March 2003 to January 2009, spanning a total of ten volumes. Set in Japan in 2020, it follows the story of female student Rin Ogata as she comes across a two-wheeled automobile robot known as a Rideback. In 2009, it was adapted into an anime television series by Madhouse. At Anime Central 2010, anime distributor Funimation announced that they have licensed the series for North America with its release planned for 2011.

Arms Corporation, Ltd. is a Japanese animation studio which has been involved in the production, animation, or Japanese distribution of a substantial number of releases. When the company was founded, it was initially named Dandelion (ダンディライオン) and later changed to Triple X. 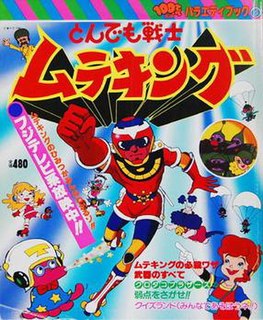 Muteking, The Dashing Warrior is a science fiction comedy anime series by Tatsunoko Productions, created in 1980. It ran from September 7, 1980, to September 27, 1981, on Fuji TV. Twelve-year-old Rin Yuki loyally supported his father when the world laughed at the scientist for saying that Earth was about to be invaded from outer space. But Rin did not expect to become personally involved—until he met Takoro, the strange young "deputy sheriff" from another world who was on the trail of notorious space criminals. There were only four Kurodako Brothers, but they plotted to use their alien science and natural shape-changing powers to become the secret masters of Earth. With Takoro's help, Rin became the mighty super-hero, Muteking, to foil their schemes.

Wanna Be the Strongest in the World!, is a Japanese manga series by ESE and Kiyohito Natsuki. It was seralized in Earth Star Entertainment's Comic Earth Star from December 2010 to December 2013. An anime television series adaptation by Arms aired from October 6 to December 22, 2013.

Yukiko Horiguchi is a Japanese animator and illustrator from Kyoto Prefecture, who used to work for the anime studio Kyoto Animation. When illustrating a light novel, she uses pen name "Shiromizakana" (白身魚). She is best known as being the character designer for the anime adaptations of Lucky Star and K-On!, the anime original Tamako Market and for being the illustrator of the light novel Kokoro Connect.

Free! is a Japanese anime television series produced by Kyoto Animation and Animation Do. The anime is a sequel to the light novel, High Speed!, written by Kōji Ōji, which received an honorable mention in the second Kyoto Animation Award contest in 2011 and was published in July 2013. The first season titled, Free! - Iwatobi Swim Club for international distribution, aired in Japan in 2013; and the second season titled, Free! - Eternal Summer, aired in 2014. A third season of the anime series titled, Free! - Dive to the Future, aired in 2018. Hiroko Utsumi directed the first two seasons, while season three was directed by Eisaku Kawanami.