Robert Awdry CBE (20 May 1881 – 3 February 1949) was an English cricketer who later became chairman of Wiltshire County Council. He played nine first-class matches for Oxford University Cricket Club between 1902 and 1904. [1]

The third son of Charles Awdry of Shaw Hill House, Melksham, and afterwards of the Manor, Littleton Panell, [2] he was educated at Winchester College and New College, Oxford. He served in the Royal Wiltshire Yeomanry through World War I, and after the war rose to the rank of lieutenant colonel commanding the regiment. [2]

Awdry was captain of Wiltshire County Cricket Club for several years, and served as President and later Chairman of Wiltshire Archaeological and Natural History Society from 1939 until his death. [2]

Awdrey married Olive Muriel Tosswill in 1913 [6] and they had one daughter. [2] In 1920, Olive was appointed MBE for services to Wiltshire Women's County Agricultural Committee. [7] Awdry had Hawkswell House built at Little Cheverell, Wiltshire around 1914–1920, [8] and lived there until 1941. [9]

Great Cheverell is a village and civil parish in Wiltshire, England, 5 miles (8.0 km) south of Devizes. In some sources the Latinized name of Cheverell Magna is used, especially when referring to the ecclesiastical parish.

Little Cheverell is a small village and civil parish in Wiltshire, England. In some sources the Latinized name of Cheverell Parva is used, especially when referring to the parish. The village lies on the B3098 Westbury–West Lavington road, which skirts the northern edge of Salisbury Plain, and is about 7+1⁄2 miles (12 km) east of Westbury and 5 miles (8 km) south of Devizes.

Erlestoke is a village and civil parish in Wiltshire, England, on the northern edge of Salisbury Plain. The village lies about 6 miles (10 km) east of Westbury and the same distance southwest of Devizes. 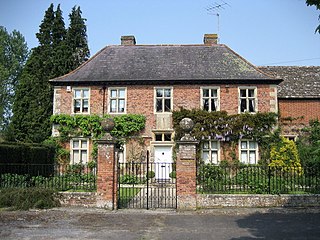 West Lavington is a village and civil parish in Wiltshire, England, on the north edge of Salisbury Plain, on the A360 road between Devizes and Salisbury, about 5 miles (8 km) south of Devizes. The parish includes the hamlet of Littleton Panell. 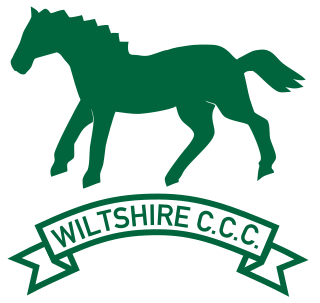 Potterne is a village and civil parish in the county of Wiltshire, England. The village is 2 miles (3.2 km) south of Devizes and lies on the A360 which links Devizes to Salisbury. The civil parish includes the hamlet of Potterne Wick.

This is a list of the Sheriffs and High Sheriffs of Wiltshire.

Bulkington is a village and civil parish in the county of Wiltshire, England. The village is about 4.5 miles (7.2 km) west of Devizes and a similar distance southeast of Melksham.

Market Lavington is a civil parish and large village with a population of about 2,200 on the northern edge of Salisbury Plain in Wiltshire, England, 5 miles (8.0 km) south of the market town of Devizes. The village lies on the B3098 Westbury–Urchfont road which skirts the edge of the Plain. The parish includes the hamlets of Northbrook, Lavington Sands and Fiddington Sands.

Seend is a village and civil parish about 3 miles (5 km) southeast of the market town of Melksham, Wiltshire, England. It lies about 3.5 miles (6 km) west of Devizes and 5.5 miles (9 km) northeast of the county town of Trowbridge. The parish includes the sub-village of Seend Cleeve and the hamlets of Inmarsh, Martinslade, Seend Head, Sells Green and The Stocks.

George Pargiter Fuller, was a Liberal Party politician in the United Kingdom who sat in the House of Commons from 1885 to 1895.

John Lindow Calderwood CBE was an English solicitor, an Army officer and an independent politician in Wiltshire, in the west of England. He was chairman of Wiltshire County Council from 1949 until his death in 1960.

Major Charles Edwin Awdry TD, JP was an English cricketer and British Army officer, as well as a Justice of the Peace. The son of Charles Selwyn Awdry and Constance Lilias, he was born in Paddington, London and educated at Winchester College.

Sir Charles Carter Chitham CIE JP was a British policeman who served most of his career in British India.