Admiral Robert Digby (20 December 1732 – 25 February 1815) was a Royal Navy officer who also served briefly as a Member of Parliament (MP). He is the namesake of Digby, Nova Scotia.

Digby was the third son of Charlotte Fox and the Hon. Edward Digby (1693–1746), eldest son of William Digby, 5th Baron Digby. [2] He entered the navy aged twelve or thirteen, and became Captain of HMS Solebay at the age of 23 in 1755, rising to Second-in-Command of the Channel Fleet in 1779. [2] He was appointed in 1781 as Admiral of the Red and given the command of the North American Station. [2]

After the surrender of New York City in 1783, Digby helped to organise the evacuation of some 1,500 United Empire Loyalists to the small port of Conway in Nova Scotia. [2] The settlement he led transformed the tiny village into a town, which in 1787 was renamed Digby. [2] The town's museum was also named the Admiral Digby Museum in his honor.

His father died before inheriting the family's title, Baron Digby (in the peerage of Ireland), and on the death in 1752 of the 5th Baron, the title passed to the admiral's oldest brother Edward. When Edward died in 1757, the title was inherited by their brother Henry, and Robert was elected to succeed Edward as MP for Wells in Somerset, holding the seat from 1757 to 1761. (Because the family's title was in the peerage of Ireland, it did not confer a seat in the House of Lords, and did not disqualify the holder from election to the British House of Commons).

He married Eleanor Jauncey (née Elliot), daughter of Andrew Elliot, Lieutenant-Governor of New York. They had no children. [3]

The Troubridge Baronetcy, of Plymouth, is a title in the Baronetage of Great Britain. It was created on 30 November 1799 for Captain Thomas Troubridge, a distinguished officer of the Royal Navy, who later became an admiral. The second baronet was also a Royal Navy admiral and sat as Member of Parliament for Sandwich. The third baronet fought with distinction in the Crimean War, in which he was severely wounded. 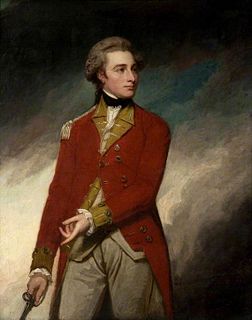 Lieutenant-general Sir Charles Stuart,, was a British nobleman and soldier. The fourth son of John Stuart, 3rd Earl of Bute, and Mary Wortley Montagu, he was born in Kenwood House, London. There is a famous painting in the Tate Gallery, London, of him aged 10 stealing eggs and chicks from a bird's nest. 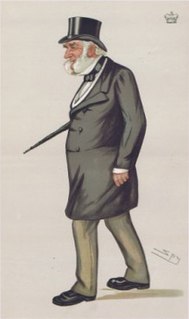 Richard Godolphin Walmesley Chaloner, 1st Baron Gisborough was a British soldier and politician. He was a Conservative Member of Parliament (MP) from 1895 to 1900 and 1910 to 1917, and a member of the House of Lords from 1917 until his death in 1938. 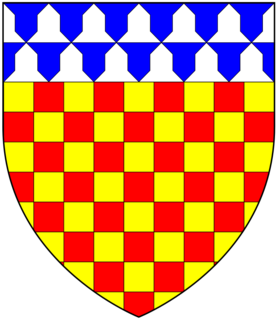 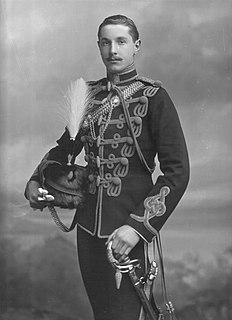 Admiral The Honourable Sir Assheton Gore Curzon-Howe, was a British naval officer who served as Commander-in-Chief, Mediterranean Fleet from 1908 to 1910. 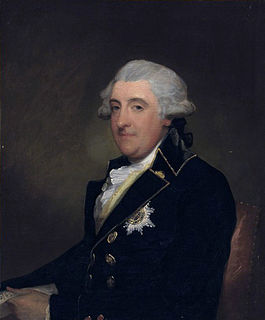 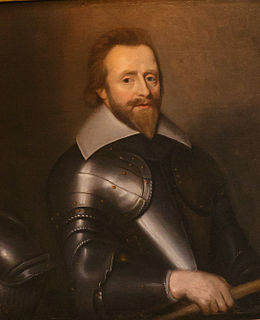 Henry Bruen PC, DL was an Irish Conservative Party politician. He was Member of Parliament (MP) for Carlow County from 1857 to 1880, taking his seat in the House of Commons of what was then the United Kingdom of Great Britain and Ireland. He was the third in a line of Henry Bruens to represent County Carlow.