Last updated April 03, 2021
"Robert Praeger" redirects here. It is not to be confused with Robert Prager.

From a Unitarian background, he was born and raised in Holywood, County Down. He attended the school of the Reverend McAlister and then the nearby Sullivan Upper School. [1]

He worked in the National Library of Ireland in Dublin from 1893 to 1923. He co-founded and edited the Irish Naturalist , and wrote papers on the flora and other aspects of the natural history of Ireland. He organised the Lambay Survey in 1905/06 and, from 1909 to 1915, the wider Clare Island Survey. He was an engineer by qualification, a librarian by profession and a naturalist by inclination.

He was awarded the Veitch Memorial Medal of the Royal Horticultural Society in 1921. He became the first President of both An Taisce and the Irish Mountaineering Club [2] in 1948, and served as President of the Royal Irish Academy for 1931–34.

He is buried in Deansgrange Cemetery, Dublin, together with his wife Hedwig. His younger sister Rosamond Praeger was a sculptor and botanical artist.

Praeger was instrumental in developing advanced methodologies in Irish botany by inviting Knud Jessen, the acclaimed Danish expert in Glacial and Post-Glacial flora, to undertake research and teaching in Ireland. This was to lead to the establishment of 'paleoecology' as a distinct field of study in Ireland. [3]

A vice-county system was adopted by Praeger dividing Ireland into forty vice-counties based on the counties. However the boundaries between them does not always correspond to the administrative boundaries and there are doubts as to the correct interpretation of them. [4]

The standard author abbreviation Praeger is used to indicate this person as the author when citing a botanical name. [5]

William Henry Harvey, FRS FLS was an Irish botanist and phycologist who specialised in algae.

Arthur Wilson Stelfox was an Irish naturalist and architect. Stelfox was a recognised authority on Hymenoptera and on non-marine Mollusca especially the genus Pisidium. He also made important contributions to scientific knowledge concerning Irish botany and on identifying and describing remains from prehistoric sites in Ireland.

Knud Jessen was a Danish botanist and quaternary geologist. 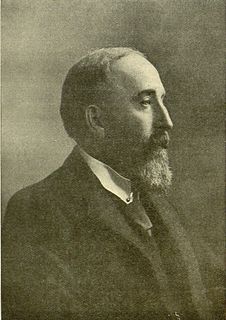 The Irish Naturalist was a scientific journal that was published in Dublin, Ireland, from April 1892 until December 1924.

The Clare island Survey was a multidisciplinary survey of Clare Island an island off the West coast of Ireland.

Nathaniel Colgan was a self-taught Irish naturalist primarily known for his botanical work.

John Grainger was an Irish cleric and antiquarian.

Robert Francis Scharff was an English zoologist, known for his lifetime of work in Ireland and contributions to the understanding of Irish flora and fauna. He was Acting Director of the National Museum of Ireland from 1916–1922.

Henry William Lett was an Irish botanist who specialised in mosses.

David Allardice Webb was an Irish botanist and chair of botany at Trinity College, Dublin from 1949 to 1966. He was son of George and Dr Ella Webb. In Ireland he had studied under Henry Horatio Dixon and also studied in the United Kingdom. In addition to botany he edited a history of Trinity College with R. B. McDowell and published a book on the history of art in Trinity College. In 1982 he received the Boyle Medal of the Royal Dublin Society. His botanical specialties included his work as a leading taxonomist of Saxifraga. He died in a car accident on his way to the University of Reading's herbarium. The 8th edition of An Irish Flora was renamed Webb's An Irish Flora in his honour. 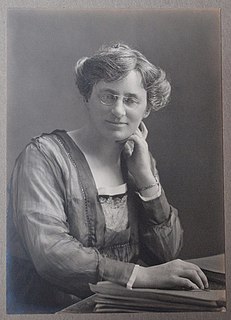 Jane Stephens was an Irish zoologist who was considered a leading authority on sponges in Ireland with specialised knowledge in other marine life who identified and named over 40 sponges new to science. From 1905 to 1920 she was employed in the Natural History Division of the National Museum of Ireland working primarily on the collections of marine invertebrates, including taking part in the Clare Island Survey. Robert Lloyd Praeger testified to her knowledge of and work with Irish sponges stating that "Most of what we know of this group, whether marine or fresh-water, in Ireland, or off the Irish coasts, is due to her work."

Eileen Barnes (1876–1956) was a notable and highly acclaimed botanical artist, well known for her definitive and accurate depictions of Ireland's plant life.

Matilda Cullen Knowles is considered the founder of modern studies of Irish lichens following her work in the early twentieth century on the multi-disciplinary Clare Island Survey. From 1923 she shared curatorship of the National Museum of Ireland herbarium – a collection of dried and pressed plants now housed at the National Botanic Gardens. Her work is said to have "formed an important baseline contribution to the cryptogamic botany of Ireland and western oceanic Europe".

Colin Mackenzie Selbie was a Scottish zoologist who worked in the Natural History Museum Dublin and took part in the Clare Island Survey. Though he had a short career, his impact on the Irish study of crustacea and myriapoda was noted by those he worked with.

Máirin de Valéra MRIA was an Irish phycologist. She was the first chair and professor of Botany at NUI Galway.

George William Chaster was an English doctor, entomologist, and conchologist.