Robert Marsden Hope, AC CMG QC (24 July 1919 – 12 October 1999) was a Justice of the New South Wales Court of Appeal and Royal Commissioner on three separate occasions, most notably the Royal Commission on Intelligence and Security. As a judge Hope was known for his legal positivism and as a royal commissioner he "instilled a sense of impartiality". [1] [2]

Justice Hope received his Bachelor of Laws from the University of Sydney before being raised to the New South Wales Bar on 26 October 1945. During his time at university had at attempted to join the Communist Party of Australia but due to "administrative incompetence" it had failed. [3]

By his own admission in 1998 the 1960s had brought Hope considerable professional success owing to his strategic decision to join the Liberal Party of Australia. Hope was appointed a Queen's Counsel in 1960. He became President of the NSW Council of Civil Liberties "but within weeks" he was then appointed Justice of the New South Wales Supreme Court. Hope was finally made a Justice of Appeal of the Supreme Court, the highest court in the New South Wales judiciary system in 1972, a position he held until his retirement in 1989. He also received that on two occasions he had allowed himself to be pressured by President Athol Moffitt into reaching decisions "he would have otherwise not made". [4]

Justice Hope was appointed to the Australian Council for the Arts in 1974 and awarded the honour of Companion of the Order of St Michael and St George (CMG) in 1977. [5] In 1989 he was made a Companion of the Order of Australia (AC), [6] Australia's highest civilian honour. [7] [8] Hope was known as a "university senator and chancellor, a patron and promoter of the performing arts, (and) a civil libertarian". [9] He held a seat on the Senate of the University of Sydney from 1970 till 1975 when he became the first Chancellor of the University of Wollongong, a position he held until 1997. Hope was the Chairman of the New South Wales Heritage Council from 1978 to 1993 and was also the Chairman of the Law Reform Commission from 1990 to 1993.

Hope died in 1999 at the age of 80. After his death, the University of Wollongong awarded him an honorary Doctorate in Law. He was survived by his wife, June Hope. In 2002, a park in the Northern Canberra suburb of Watson was named in his honour in recognition of his (unrealised) environmental work. [10] The park is known for its biodiversity. [11] In 2011 the Patent Office Building in Canberra was renamed the Robert Marsden Hope Building in recognition of his achievements. [12]

In 1973, Hope was appointed the head commissioner in National Estate Committee of Inquiry (1973–1974). This commission dealt with Australia's cultural heritage, both architectural and environmental. Its findings formed the backbone of the Whitlam Government's heritage and environmental agenda although its landmark recommendations were never realised. [13] [14]

In 1974, Prime Minister Gough Whitlam appointed Justice Hope to head the Royal Commission on Intelligence and Security (RCIS). Completed in 1977, Hope's recommendations – most of which had been pre-empted by the Whitlam Government – would secure the new bipartisan support for the Australian Security Intelligence Organisation (ASIO). Later, in 1998, Hope revealed that he regretted a number of his core recommendations and that he found ASIO to be a highly partisan and incompetent organisation. [15]

Hope was again commissioned only a year later in 1978 to conduct the Protective Security Review (PSR) into protective security arrangements for the Commonwealth as well as co-operation between national and state cooperation on protective security following the bombing of the Hilton Hotel in Sydney during the Commonwealth Heads of Government Regional Meeting (CHOGRM). While the review nominally targeted "protective security", it was the threat of international terrorism in Australia that was at the heart of Prime Minister Malcolm Fraser's decision to use Hope's experience in the area of Australia's intelligence services. When completed in 1979, the review essentially ended up probing, "in a broad sense, terrorism possibilities in Australia, and ways, and means of State, Territory and Commonwealth co-operation in dealing with the threat of terror". [16] Again as a direct result of his recommendations, government policy on intelligence and security changed. Hope designated ASIO as the agency responsible for producing national threat assessments in the field of terrorism and politically motivated violence and at the end of 1979, a new ASIO Act came into being which implemented many of Hope's recommendations from the RCIS and the PSR. At the same time, the Security Appeals Tribunal, another of Hope's RCIS recommendations, was bought into being.

In 1983, the Hawke Government requested that Hope once again become commissioner for the Royal Commission into Australia's Security and Intelligence Agencies. Soon after this request was made the government became embroiled in the Combe-Ivanov affair, which involved an expelled Soviet agent, Valery Ivanov, who had been the First Secretary for the Soviet Embassy. The publicity surrounding the affair saw the Hawke Government commission Hope again to look into intelligence issues. Hope completed the Royal Commission into Australia's Security and Intelligence Agencies (RCASIA) in 1984 and made a range of logical and basic recommendations (in terms of the evolution of policies of the time) that again altered the parameters that Australia's intelligence agencies operated under and bought them into the political and cultural paradigms of the 1980s. One of Justice Hope's RCASIA recommendations was that "the ASIO Act expressly provide that it is not the purpose of the Act that the right of lawful advocacy, protest or dissent should be affected or that exercising those rights should, by themselves, constitute activity prejudicial to security". [17] This recommendation was important from a cultural aspect in the sense that it effectively removed security agencies from suppression of civil protest and dissent in Australia. He also recommended the creation of the office of Inspector-General of Intelligence and Security to oversee and hold accountable the various agencies. As if to highlight the need for such a position, only the same year RCASIA was commissioned, the Security Appeals Tribunal ruled in a case against ASIO where they had given an unfavourable security assessment on a member of the Australian Communist Party, that "membership of the Communist Party of Australia did not warrant a recommendation against the grant of access to classified national security material (such as required by their job – Ed.). A nexus between the applicant and particular activities of security interest needed to be shown" [17] – all very much in keeping with Hope's civil libertarian position [9] and a marker of where the Australian intelligence and security agencies saw their priorities in the pre-Hilton Bombing environment.

In 1986 the ASIO Act was amended to take into consideration the recommendations of Hope in the RCASIA.

The Australian Security Intelligence Organisation is Australia's national security agency responsible for the protection of the country and its citizens from espionage, sabotage, acts of foreign interference, politically motivated violence, attacks on the Australian defence system, and terrorism. ASIO is comparable to the British Security Service (MI5) and the United States Federal Bureau of Investigation (FBI). ASIO is part of the Australian Intelligence Community.

The Petrov Affair was a Cold War spy incident in Australia in April 1954, concerning Vladimir Petrov, Third Secretary of the Soviet embassy in Canberra.

Rowan Cahill is an Australian radical historian and journalist, with a background as a teacher and farmhand, who variously worked for the trade union movement as a rank and file activist, delegate and publicist.

Sir Geoffrey Sandford Reed KC was a justice of the Supreme Court of South Australia and the first Director-General of Security and head of the Australian Security Intelligence Organisation (ASIO).

Athol Randolph Moffitt (1914-2007) was an eminent Australian jurist and was the author of several books. He is best known as the chair of the landmark 1973-74 Moffitt Royal Commission, which investigated organised crime in New South Wales.

The Joint Intelligence Organisation (JIO) was an Australian government intelligence agency that existed between 1969 and 1990 and which was responsible for the analysis of defence and foreign intelligence.

Harvey David Mathew Combe was National Secretary of the Australian Labor Party (ALP), a political consultant and lobbyist, an Australian Trade Commissioner, a Senior Vice-President International of Southcorp Wines, and a consultant to the Australian wine industry. He achieved a degree of unwanted prominence through the Combe-Ivanov affair of 1983. 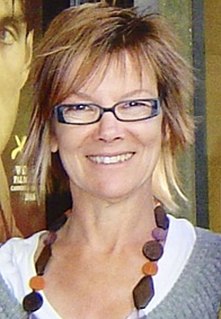 Jennifer Jane Hocking, is a political scientist and biographer. She is the inaugural Distinguished Whitlam Fellow with the Whitlam Institute at Western Sydney University, Emeritus Professor at Monash University, and former Director of the National Centre for Australian Studies at Monash University. Her work is in two key areas, counter-terrorism and Australian political biography. In both areas she explores Australian democratic practice, the relationship between the arms of government, and aspects of Australian political history. Her research into the life of former Australian prime minister Gough Whitlam uncovered significant new material on the role of High Court justice Sir Anthony Mason in the dismissal of the Whitlam government. This has been described as "a discovery of historical importance". Since 2001 Hocking has been a member of the Board of Tustees of the Lionel Murphy Foundation.

The Combe-Ivanov affair was an Australian political scandal of 1983. A Soviet diplomat and KGB spy, Valery Ivanov, was expelled after he was found to have compromised a senior Australian Labor Party (ALP) figure, David Combe. The affair also claimed the political scalp of a minister, Mick Young, and resulted in a Royal Commission being established under Justice Robert Hope to review Australia's security and intelligence agencies.

The Murphy raids on the offices of the Australian Security Intelligence Organisation (ASIO) occurred on 16 March 1973. The purpose of the raids, instigated by Attorney-General Lionel Murphy, was to obtain terrorism-related information that the ASIO was accused of withholding. Murphy was operating without the consent of Prime Minister Gough Whitlam or the Whitlam Government, nor the judiciary as warrants were not sought owing to the belief that it was Commonwealth property. This view would later be found to be legally valid by the Royal Commission on Intelligence and Security.

Peter Robert Woolnough Barbour was an Australian intelligence officer and diplomat. He was also the Director-General of Security leading the Australian Security Intelligence Organisation (ASIO) from 1970 to 1975.

The Robert Marsden Hope Building is a heritage listed government office located on the edge of the Parliamentary Triangle in Canberra, Australia.