McMillan was born in Camden Town, London, England and educated at Westminster School. He was called to the bar in 1881 and in 1902 he was appointed as a judge of the Supreme Court and arrived in Western Australia in 1903.

Camden Town, often shortened to Camden, is a district of northwest London, England, 2.5 miles (4.1 km) north of Charing Cross. It is the administrative centre of the London Borough of Camden, and identified in the London Plan as one of 34 major centres in Greater London.

Robert McMillan may refer to: 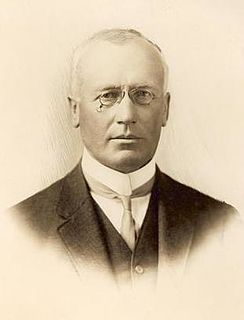 Sir William Hill Irvine, GCMG, Irish born-Australian politician and judge, was the 21st Premier of Victoria. Irvine was born in Newry in County Down, Ireland, into a Scottish-Presbyterian family; he was the nephew of Irish revolutionary John Mitchel. He was educated at the Royal School, Armagh and Trinity College, Dublin, graduating in law in 1879 before migrating to Melbourne, where he taught in Presbyterian schools and read law at Melbourne University, gaining a master's degree in arts and law. He soon became a leading Melbourne barrister. 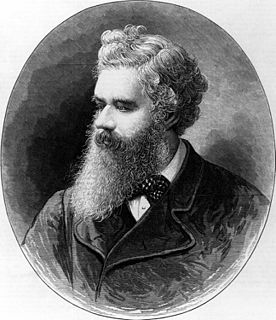 Sir Henry Arthur Winneke was a Chief Justice of Victoria and the 21st Governor of Victoria from 1974 to 1982.

Sir James William Blair was an Australian politician, lawyer and judge. He was a successful politician, being elected to the Queensland Parliament on several occasions. He held the office of Attorney-General of Queensland and was also the Minister for Mines and introduced many successful law reforms measures in Queensland. In latter life, he took up an appointment as a judge of the Supreme Court of Queensland and went on to become the Chief Justice of that court. Blair took on many civic roles including that of Chancellor of the University of Queensland.

Alfred Peach Hensman was a politician and Attorney-General of Western Australia.

Patrick Vincent Dwyer (1858-1931), who was the first Australian born Roman Catholic Bishop. Born on the 21 August 1858 at Albury, New South Wales, to William Dwyer, schoolteacher, and his wife Anastasia, née Dermody, both his parents were from Kilkenny, Ireland. He was educated at St Stanislaus College (Bathurst), and on encouragement from Bishop James Murray he went to study for the priesthood in Clonliffe College Dublin in Ireland and the Pontifical Urban University of Propaganda Fide in Rome gettin ordained on 4 March 1882 after which he return to Australia.

Robert Bruce Burnside was an Australian barrister and judge. He served on the Supreme Court of Western Australia from December 1902 until his death.

Sir John Demetrius Morris was an Australian jurist, who was Chief Justice of Tasmania from 1940 until his death in office in 1956. 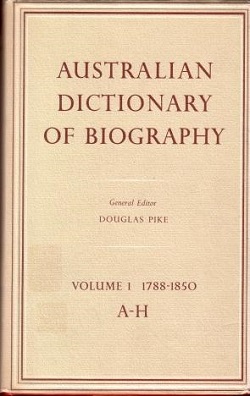 Additional resources listed by the Australian Dictionary of Biography: