Robert Michels (German: [ˈmɪçəls] ; 9 January 1876, Cologne, Germany – 3 May 1936, Rome, Italy) was a German-born Italian sociologist who contributed to elite theory by describing the political behavior of intellectual elites. He belonged to the Italian school of elitism. [1] [2] He is best known for his book Political Parties , published in 1911, which contains a description of the "iron law of oligarchy." He was a friend and disciple of Max Weber, Werner Sombart and Achille Loria. Politically, he moved from the Social Democratic Party of Germany to the Italian Socialist Party, adhering to the Italian revolutionary syndicalist wing and later to Italian Fascism, which he saw as a more democratic form of socialism. His ideas provided the basis of moderation theory which delineates the processes through which radical political groups are incorporated into the existing political system.

Michels born to a wealthy German family, studied in England, Paris (at the Sorbonne), and at universities in Munich, Leipzig (1897), Halle (1898), and Turin. He became a Socialist while teaching at the University of Marburg and became active in the Social Democratic Party of Germany for whom he was an unsuccessful candidate in the 1903 German federal election. In Italy, he associated with Italian revolutionary syndicalism, a leftist branch of the Italian Socialist Party (PSI). He left both parties in 1907. [3]

He achieved international recognition for his historical and sociological study, Zur Soziologie des Parteiwesens in der modernen Demokratie. Untersuchungen über die oligarchischen Tendenzen des Gruppenlebens, which was published in 1911; its title in English is Political Parties: A Sociological Study of the Oligarchical Tendencies of Modern Democracy . In it, he presented his "Iron law of oligarchy" theory that political parties, including those considered socialist, cannot be democratic because they quickly transform themselves into bureaucratic oligarchies. Michels attended the First International Eugenics Congress in 1912 where he delivered a papaer entitled "Eugenics in Party Organization". [4] Michels was considered a brilliant pupil of Max Weber, who began publishing his writings in the Archiv für Sozialwissenschaft und Sozialpolitik in 1906 [5] and appointed him as co-editor in 1913, but they disagreed over Michels' opposition to World War I. [3]

Michels criticized what he perceived to be Karl Marx's materialistic determinism. Michels borrowed from Werner Sombart's historical methods. Because Michels admired Italian culture and was prominent in the social sciences, he was brought to the attention of Luigi Einaudi and Achille Loria. They succeeded in procuring for Michels a professorship at the University of Turin, where he taught economics, political science and socioeconomics until 1914. He then became professor of economics at the University of Basel, Switzerland, a post he held until 1928. [6]

In 1924 he joined the Fascist Party, led by Benito Mussolini, former director of the Italian Socialist Party's newspaper "Avanti!". Michels was convinced that the direct link between Benito Mussolini's charisma and the working class was in some way the best means to realize a real lower social class government without political bureaucratic mediation. In 1928, he became professor of economics and the history of doctrines at the University of Perugia [6] and occasionally lectured in Rome where he died on May 3, 1936. 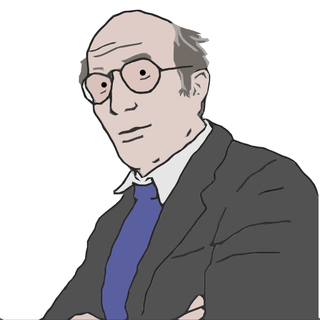 Niklas Luhmann was a German sociologist, philosopher of social science, and a prominent thinker in systems theory, who is considered one of the most important social theorists of the 20th century.

Vilfredo Federico Damaso was an Italian engineer, sociologist, economist, political scientist, and philosopher. He made several important contributions to economics, particularly in the study of income distribution and in the analysis of individuals' choices. He was also responsible for popularising the use of the term "elite" in social analysis. 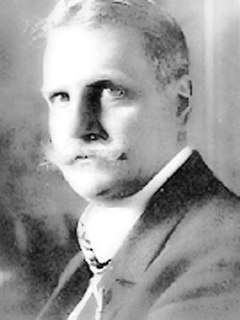 The iron law of oligarchy is a political theory, first developed by the German sociologist Robert Michels in his 1911 book, Political Parties. It asserts that rule by an elite, or oligarchy, is inevitable as an "iron law" within any democratic organization as part of the "tactical and technical necessities" of organization.

Political Parties: A Sociological Study of the Oligarchical Tendencies of Modern Democracy is a book by the sociologist Robert Michels, published in 1911 and first introducing the concept of iron law of oligarchy. It is considered one of the classics of social sciences, in particular sociology and political science. It was translated to Italian as Sociologia del partito politico nella democrazia moderna: studi sulle tendenze oligarchiche degli aggregati politici by Alfredo Polledro in 1912, and then translated from the Italian to English by Eden Paul and Cedar Paul for Hearst's International Library Co. in 1915.

Hans Freyer was a Conservative Revolutionary German sociologist and philosopher. 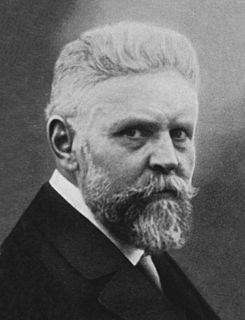 Alfred Ploetz was a German physician, biologist and eugenicist known for coining the term racial hygiene (Rassenhygiene) and promoting the concept in Germany. Rassenhygiene is a form of eugenics.

Alfred Vierkandt was a German sociologist, ethnographer, social psychologist, social philosopher and philosopher of history. He is known for a broad and phenomenological Gesellschaftslehre promulgated in the 1920s, and for his formal sociology.

Leo Kofler was an Austrian-German Marxist sociologist. He ranks with the Marburg politicologist Wolfgang Abendroth and the Frankfurt school theoreticians Max Horkheimer and Theodor W. Adorno among the few well-known Marxist intellectuals in post-war Germany. However, almost nothing of his work was ever translated into English, and he is therefore little known in the English-speaking world. Kofler had his own, distinctive interpretation of Marxism, which connected sociology and history with aesthetics and anthropology.

Wolf Lepenies is a German sociologist, political scientist, and author.

Dieter Claessens was a German sociologist and anthropologist.

Peter Flora is an Austrian citizen and taught until his retirement in spring 2009 as a professor of sociology at the University of Mannheim. Peter Flora is a son of the Austrian drawer, caricaturist, graphic artist and illustrator Paul Flora.

Uta Gerhardt is a German sociologist and professor emeritus at the University of Heidelberg. She studied sociology, philosophy and history at the universities of Frankfurt am Main and Berlin. In 1969, she obtained a Ph.D. at the University of Konstanz. The focus of her work is on medical sociology, structural-functionalist role theory, and general sociological theory. She also wrote a major biography of Talcott Parsons.

Arnold Hauser was a Hungarian-German art historian and sociologist who was perhaps the leading Marxist in the field. He wrote on the influence of change in social structures on art. 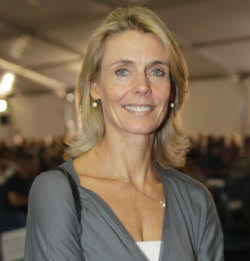