Robert Otto Becker (May 31, 1923 − May 14, 2008) was a U.S. orthopedic surgeon and researcher in electrophysiology/electromedicine. He worked mainly as professor at Upstate Medical Center in State University of New York, Syracuse, and as Director of Orthopedic Surgery at the Veterans Administration Hospital, Syracuse, New York. [1] [2]

Becker was known for his work in bioelectricity and leading the early opposition to high-voltage power lines. [2] He has been named as one of the most influential figures in the area of anti-EMF activism. [3]

Becker was born May 31, 1923 in River Edge, New Jersey to Otto Julius Becker and Elizabeth Blanck. [1] [2] He earned a bachelor's degree from Gettysburg College in 1946 and a medical degree from the New York University School of Medicine in 1948. [1] [2] Becker was an intern at New York's Bellevue Hospital, then completed a residency Mary Hitchcock Memorial Hospital in Hanover, New Hampshire. [1] [2] Serving in the United States Army from 1942 to 1946, during World War II. [1] Becker also served from 1951 to 1953 in the United States Army Medical Corps. [1] [2]

Becker has been credited with furthering the awareness of the scientific community to the study of electric potentials in organisms. [4] His work showed that living organisms and animals show a direct current of electric charge which is measurable from their body surface. [4] In the 1960s Becker's research also showed that living bone can piezoelectrically generate electric potentials, [4] which led to work on using electricity in the treatment of ununited fractures. [5] Ultimately, however, the use of electrotherapy for increasing bone healing has not been shown to be effective. [6] [7]

In 1964, Becker received the William S. Middleton Award from the research and development agency of the United States Veterans Health Administration. [9] The official research history of the SUNY Upstate Medical Center also states that Becker was awarded "the Nicolas Andry Award by the American Association of Bone and Joint Surgeons in 1979". [10]

In the years prior to his death, Becker lived in Lowville, New York. [2] He died in Lowville's Lewis County General Hospital due to complications of pneumonia on May 14, 2008. [1]

Selected papers PubMed contains 91 listings for Becker RO. The listings below are some of those for which Becker is first author.

Cranial electrotherapy stimulation (CES) is a form of neurostimulation that delivers a small, pulsed, alternating current via electrodes on the head. CES is used with the intention of treating a variety of conditions such as anxiety, depression and insomnia. CES has been suggested as a possible treatment for headaches, fibromyalgia, smoking cessation, and opiate withdrawal, but there is little evidence of effectiveness for many of these conditions and the evidence for use in acute depression is not sufficient to justify it.

A microcurrent electrical neuromuscular stimulator or MENS is a device used to send weak electrical signals into the body. Such devices apply extremely small microamp [uA] electrical currents to the tissues using electrodes placed on the skin. One microampere [uA] is 1 millionth of an ampere and the uses of MENS are distinct from those of "TENS" which runs at one milliamp [mA] or one thousandth of an amp. 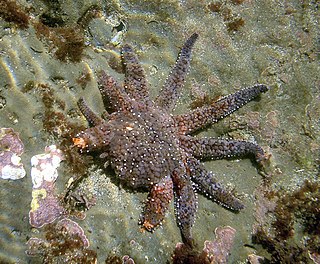 In biology, regeneration is the process of renewal, restoration, and tissue growth that makes genomes, cells, organisms, and ecosystems resilient to natural fluctuations or events that cause disturbance or damage. Every species is capable of regeneration, from bacteria to humans. Regeneration can either be complete where the new tissue is the same as the lost tissue, or incomplete where after the necrotic tissue comes fibrosis.

The Ilizarov apparatus is a type of external fixation used in orthopedic surgery to lengthen or reshape limb bones; as a limb-sparing technique to treat complex and/or open bone fractures; and in cases of infected nonunions of bones that are not amenable with other techniques. It is named after the orthopedic surgeon Gavriil Abramovich Ilizarov from the Soviet Union, who pioneered the technique.

Nonunion is permanent failure of healing following a broken bone unless intervention is performed. A fracture with nonunion generally forms a structural resemblance to a fibrous joint, and is therefore often called a "false joint" or pseudoarthrosis. The diagnosis is generally made when there is no healing between two sets of medical imaging, such as X-ray or CT scan. This is generally after 6–8 months.

Hand surgery deals with both surgical and non-surgical treatment of conditions and problems that may take place in the hand or upper extremity including injury and infection. Hand surgery may be practiced by graduates of general surgery, orthopedic surgery and plastic surgery. Chiroplasty, or cheiroplasty, is plastic surgery of the hands.

Low-intensity pulsed ultrasound (LIPUS) is a technology that can be used for therapeutic purposes. It exploits low intensity and pulsed mechanical waves in order to induce regenerative and anti-inflammatory effects on biological tissues, such as bone, cartilage, and tendon. Even if the real mechanism underlying its effectiveness has not been understood yet, it is plausible that the treatment relies on non-thermal phenomena, such as microbubbles and microjets induced by cavitation, acoustic streaming, and mechanical stimulation. 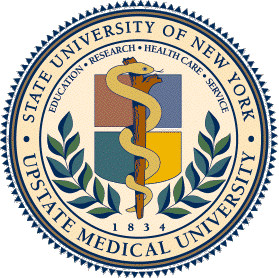 Hiram Winnett Orr was an American orthopedic surgeon who was born in Pennsylvania and was raised and lived the rest of his life in Nebraska. More than any other person, Orr was responsible for the invention of an effective method of using plaster casts and surgery to achieve a reduction in infection rates during treatment of open fractures and compound fractures before the widespread adoption of antibiotics.

Erasmus Darwin Hudson,, was a physician and anti-slavery organizer in the United States. Starting his career in Connecticut, he also practiced surgery in Massachusetts before moving to New York City in 1850, where he became a general and orthopedic surgeon. He resided there for the rest of his life, concentrating on his career as a surgeon.

The Body Electric: Electromagnetism and the Foundation of Life is a book by Robert O. Becker and Gary Selden in which Becker, an orthopedic surgeon at SUNY Upstate working for the Veterans Administration, described his research into "our bioelectric selves".

A. Hari Reddi is a Distinguished Professor and holder of the Lawrence J. Ellison Endowed Chair in Musculoskeletal Molecular Biology at the University of California, Davis. He was previously the Virginia M. and William A. Percy Chair and Professor in Orthopaedic Surgery, Professor of Biological Chemistry, and Professor of Oncology at the Johns Hopkins University School of Medicine. Professor Reddi's research played an indispensable role in the identification, isolation and purification of bone morphogenetic proteins (BMPs) that are involved in bone formation and repair. The molecular mechanism of bone induction studied by Professor Reddi led to the conceptual advance in tissue engineering that morphogens/metabologens bound to an insoluble extracellular matrix scaffolding act in collaboration to stimulate stem cells to form cartilage and bone. The Reddi laboratory has also made important discoveries unraveling the role of the extracellular matrix in bone and cartilage tissue regeneration and repair.

A Bone Growth Factor is a growth factor that stimulates the growth of bone tissue. In certain studies, the addition of bone growth factors was seen to ameliorate the treatments of osteoporosis as well as tendon-to-bone healing.

Bioelectromagnetic medicine deals with the phenomenon of resonance signaling and discusses how specific frequencies modulate cellular function to restore or maintain health. Such electromagnetic (EM) signals are then called "medical information" that is used in health informatics.