Robert Swinhoe FRS (1 September 1836 – 28 October 1877) was an English diplomat and naturalist who worked as a Consul in Formosa. He catalogued many Southeast Asian birds, and several, such as Swinhoe's pheasant, are named after him.

Swinhoe was born in Calcutta where his father, who came from a Northumberland family, was a lawyer. [1] There is no clear record of the date of his arrival in England, but it is known he attended the University of London, and in 1854 joined the China consular corps.

He was stationed to the remote port of Amoy, some 300 miles to the northeast of Hong Kong, in 1855. While at this port he not only mastered the Chinese language (both official Mandarin and the local Amoy dialect), but also initiated a detailed and authoritative understanding of the ornithology of eastern China. In March, 1856, Swinhoe made an "adventurous" visit to the camphor districts of northwestern Formosa on board a lorcha, a hybrid vessel utilizing a European hull and Chinese rigging. Whether this was an official or a personal visit is unknown, but he made mention of it on several occasions through the rest of his published career. While at Amoy he courted and married Christina Stronach (née Lockie), the daughter of a Scottish missionary, in 1857.

In June and July 1858 Swinhoe participated in the circumnavigation of Formosa on board HMS Inflexible in search of British and American castaways. He served as translator as well in two subsequent British actions against the Chinese in North China in 1858 and 1860, the latter resulting in his book The North China Campaign of 1860 (London, 1861), his personal account of the Second Opium War.

In 1860 Swinhoe was named as the first European consular representative to the island of Formosa (Taiwan under Qing rule). Delays prevented him from physically obtaining that post until 1861. On 2 July of that year Swinhoe and his assistant, George C. P. Braune, arrived at the prefectural capital, the southern city of Taiwan-fu (today's Tainan). Shoaling of the harbor at Taiwan-fu prompted him to re-establish the British consulate at the northern port of Tamsui, where the bulk of foreign trade occurred. He published several articles on his first harried days as British representative on Formosa, and as well numerous others on the rich wildlife of this isolated island.

Subsequently, he served as consul at Amoy, Ningpo, and Chefoo, all on the mainland of China. He at various times during his career served as 'roving consul' for the British plenipotentiary in China for Great Britain, Rutherford Alcock. His duties in this capacity required a visit to explore Hainan, as well as a journey up the Yangtze River to Chungking, in Szechuan Province, to help determine steamship navigability of that river. All the while he was stationed at those various postings, he retained the Formosan consulship, and indeed did not relinquish it until his retirement from the service of his government, in 1873. He spent his spare time in China collecting natural history specimens, and as the area had not previously been open to Westerners, many of the items he collected were new to science. As he was primarily an ornithologist, many of his new discoveries were birds, but he also found new fish, mammals and insects. He returned to England in 1862 with his collection. Many of the birds were first described in John Gould's Birds of Asia (1863). [2]

At a young age he had been interested in birds and had made a small collection of British birds, nests and eggs. He corresponded with Henry Stevenson and one of his first publications was in 1858, the year in which Charles Darwin and Alfred Russel Wallace published their papers on natural selection. Swinhoe took to the ideas of Darwin and in 1872 he named a species (now a subspecies) after Darwin ( Pucrasia macrolopha darwini ). [2] He was a regular published in The Ibis after 1860 and later to the Proceedings of the Zoological Society of London .

During his travels he studied the birds and mammals apart from studying the local culture. He collected both live animals and specimens on his travels and regularly sent them to the London Zoo. The first Pere David's deer in Europe came from him. [2]

His primary interest was however in birds and on these he corresponded extensively with Edward Blyth. Around 1871 he started suffering from partial paralysis and he moved to the Chefoo which he called the "Scarborough of China". He was forced by his ill health to leave China in October 1875. From his home in Chelsea he continued to publish notes and his last publication in The Ibis was the description of a new genus and species of bird Liocichla steerii . [2] He died at the age of 41, presumably of syphilis. [3]

P. L. Sclater described him as "one of the most industrious and successful exploring naturalists that have ever lived" and after his death, A. R. Wallace wrote "due to Mr. Swinhoe's own exertions...there is probably no part of the world (if we except Europe, North America, and British India) of whose warm-blooded vertebrates we possess fuller or more accurate knowledge than we do of the coast districts of China and its islands." [2]

His collection of 3,700 specimens was bought by Henry Seebohm and this was subsequently bequeathed to the Liverpool Museum.

Four species of mammals and 15 species of birds were named after Swinhoe, [4] including Swinhoe's storm-petrel, which he first described himself in 1867. Also, four species of reptiles are named in his honor: Gekko swinhonis, Diploderma swinhonis, Rhabdophis swinhonis , and the Yangtze giant softshell turtle (Rafetus swinhoei), [4] a specimen of which John Edward Gray received from Swinhoe in 1873. [5]

One of Robert's brothers, Colonel Charles Swinhoe was a founding member of the Bombay Natural History Society in India and an expert on Lepidoptera. [1]

John Gould FRS was an English ornithologist. He published a number of monographs on birds, illustrated by plates produced by his wife, Elizabeth Gould, and several other artists, including Edward Lear, Henry Constantine Richter, Joseph Wolf and William Matthew Hart. He has been considered the father of bird study in Australia and the Gould League in Australia is named after him. His identification of the birds now nicknamed "Darwin's finches" played a role in the inception of Darwin's theory of evolution by natural selection. Gould's work is referenced in Charles Darwin's book, On the Origin of Species.

Edward Blyth was an English zoologist who worked for most of his life in India as a curator of zoology at the museum of the Asiatic Society of India in Calcutta.

Thomas Campbell EytonJP, DL was an English naturalist whose fields were cattle, fishes and birds. He was a friend and correspondent of Charles Darwin though he opposed his theories.

George Robert Waterhouse was an English naturalist. He was a keeper at the department of geology and later curator of the Zoological Society of London's museum.

Colonel Charles Swinhoe was an English naturalist and lepidopterist, who served in the British Army in India. He was one of the eight founders of the Bombay Natural History Society and a brother of the famous naturalist Robert Swinhoe. 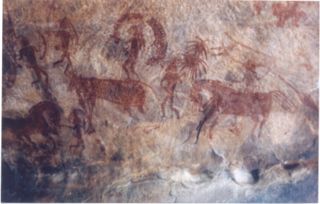 Edward Donovan was an Anglo-Irish writer, natural history illustrator, and amateur zoologist. He did not travel, but collected, described and illustrated many species based on the collections of other naturalists. His many books were successful in his time. He died penniless in 1837 leaving a large family destitute. 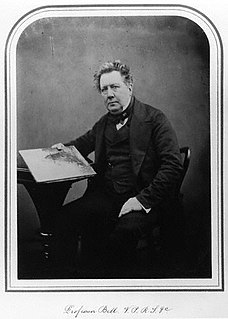 Sir Walter Elliot, KCSI was a British civil servant in Colonial India. He was also an eminent orientalist, linguist, archaeologist, naturalist and ethnologist who worked mainly in the Presidency of Madras. Born in Edinburgh, he studied at the East India Company College at Haileybury and joined the East India Company's civil service at Madras in 1820 and worked on till 1860. He was invested Knight Commander of the Order of the Star of India (KCSI) in 1866.

Edgar Leopold LayardMBOU, was a British diplomat and a naturalist mainly interested in ornithology and to a lesser extent the molluscs. He worked for a significant part of his life in Ceylon and later in South Africa, Fiji and New Caledonia. He studied the zoology of these places and established natural history museums in Sri Lanka and South Africa. Several species of animals are named after him.

The second voyage of HMS Beagle, from 27 December 1831 to 2 October 1836, was the second survey expedition of HMS Beagle, under captain Robert FitzRoy who had taken over command of the ship on its first voyage after the previous captain, Pringle Stokes, committed suicide. FitzRoy had thought of the advantages of having someone onboard who could investigate geology, and sought a naturalist to accompany them as a supernumerary. At the age of 22, the graduate Charles Darwin hoped to see the tropics before becoming a parson and accepted the opportunity. He was greatly influenced by reading Charles Lyell's Principles of Geology during the voyage. By the end of the expedition, Darwin had made his name as a geologist and fossil collector and the publication of his journal gave him wide renown as a writer. 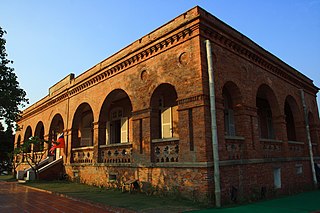 The British Consulate at Takao is a former British consulate built in 1865 in Gushan District, Kaohsiung, Taiwan. It has been designated a historic site by the Ministry of Culture.

George Tradescant Lay was a British naturalist, missionary and diplomat.

Rhabdophis swinhonis is a species of snake in the subfamily Natricinae of the family Colubridae. The species is endemic to Taiwan. It is also known commonly as the Taiwan keelback and Swinhoe's grass snake.

The Peking gecko is a species of lizard in the family Gekkonidae. The species is endemic to China.