Robert Weston (c.1515 – 20 May 1573) was an English civil lawyer, who was Dean of the Arches and Lord Chancellor of Ireland in the time of Queen Elizabeth.

Robert Weston was the seventh son of John Weston (born c.1470, died c.1550), a tradesman of Lichfield, Staffordshire, and his wife Cecilia Neville, daughter of Ralph Neville, Lord Neville, and sister of Ralph Neville, 4th Earl of Westmorland. The Weston family of Gloucestershire, who produced another senior Irish judge in William Weston, were probably cousins of Robert. He entered All Souls College, Oxford and was elected Fellow in 1536. He studied Civil Law and attained the degree of BCL on 17 February 1538 and DCL on 20 July 1556. From 1546 to 1549 he was a principal of Broadgate Hall, and at the same time deputy reader in civil law at the University, under Dr John Story. He was not a clergyman, and his later appointment to two lucrative deaneries is said to have greatly troubled his conscience. [1]

On 12 January 1559 Weston was created Dean of the Arches and was a commissioner for administering the oaths required of ecclesiastics under the Act of Uniformity. He was consulted in regard to the Queen's Commission issued on 6 December 1559 for confirming Matthew Parker as Archbishop of Canterbury and was included in a commission issued on 8 November 1564 to inquire into complaints of piratical depredations committed at sea on the subjects of the King of Spain. [3]

The Lord Deputy of Ireland, Sir Henry Sidney, requested that Weston be nominated for the post of Lord Chancellor of Ireland in succession to Hugh Curwen, Archbishop of Dublin, in April 1566. After a year, on 10 June 1567 Queen Elizabeth told Sidney that after good deliberation she had made the "choice for the supply of room of Chancellor by naming thereunnto our trusty well-beloved Doctor Weston, dean of the arches here, a man for his learning and approved integrity thoroughly qualified to receive and possess the same" and "that for some increase of his living whilst he remaineth in our service there she was pleased to give unto him the Deanery of St Patrick's, whereof the Bishop of Armagh (Adam Loftus) is now dean and yet to leave it at our order, as we know he will".

Weston arrived in Dublin early in August and was sworn into office on 8 August 1567. He was conscientious in performing his duties, and greatly respected for his integrity, although ill-health (he was plagued by gout and gallstones) hampered his effectiveness. He was appalled by the laziness and inefficiency of many of the Irish judges and urged Elizabeth to replace them with English judges wherever possible. He was equally shocked at the poverty and ignorance of many of the Protestant clergy in Ireland. His zeal for reform led him, though a layman, to become an effective leader of the Church of Ireland for a few years. He co-operated with Adam Loftus, now Archbishop of Dublin, in purging the Archdiocese of Dublin of crypto-Catholics, but was opposed to the persecution of the Roman Catholic majority, or any efforts to forcibly convert them.

Weston and Sir William Fitzwilliam the Vice-Treasurer of Ireland were sworn Lord Justices in Christ Church Cathedral, Dublin on 14 October, and he became a member of the Privy Council of Ireland. Weston addressed the Irish Parliament when it was summoned on 17 January 1568. [1]

In addition to being Dean of St Patrick's, he was Dean of Wells from 1570 to 1573, but his health was failing and he died in 1573. He was buried in St Patrick's Cathedral, Dublin, beside his first wife Alice.

Weston was described as follows [4]

"A man in his time most godlie, upright, and virtuous, and such a one as that place was not possessed of the like in many currents of years. In his life he was most virtuous and godlie; in matters of council most sound and perfect; in justice most upright and uncorrupted in hospitalitie very bountie and liberal; in manners and conversation most courteous and gentle; faithful to his Prince, firm to his friend, and courteous to all men; and as was his life, so was his death, who a little time before the same called his household, and gave them such godlie instructions as to their callings appertained; then he set his private things in order, and he spent all the time that he had in praiers and exhortations"

Weston married (1st) Alice Jenyngs, daughter of Richard Jenyngs of Barr, near Lichfield. They had a son John, and three daughters, of whom we know most of Alice, who married firstly Hugh Brady, Bishop of Meath, by whom she had numerous children including Luke and Nicholas, and secondly Sir Geoffrey Fenton, by whom she was the mother of Catherine, who married Richard Boyle, 1st Earl of Cork, and of Sir William Fenton. He married (2nd) Alice Bigges, daughter of John Bigges of Isleworth and widow of G. Aunsham of Heston. They had no issue. Through his daughter Alice, Weston was the ancestor of another Lord Chancellor of Ireland, Maziere Brady. 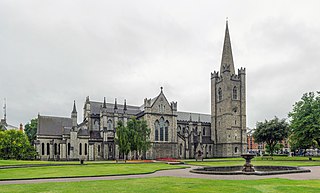 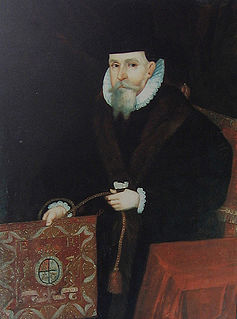 Adam Loftus was Archbishop of Armagh, and later Dublin, and Lord Chancellor of Ireland from 1581. He was also the first Provost of Trinity College Dublin.

Sir Geoffrey Fenton was an English writer, Privy Councillor, and Principal Secretary of State in Ireland. 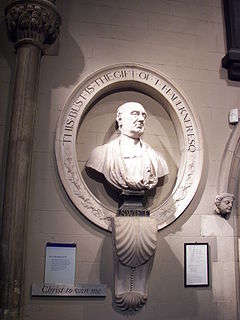 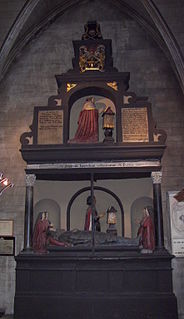 Sir Nicholas Arnold (1507–1580) was an English courtier and politician, who held office as Lord Deputy of Ireland.

The Fenton Baronetcy, of Mitchelstown in the County of Cork, was a title in the Baronetage of Ireland. It was created on 22 July 1661 for Maurice Fenton. The baronetcy became extinct on 17 March 1670, with the death of his son William Fenton.

Martin Culpepper was an English clergyman, medical doctor, and academic at the University of Oxford.

Sir William Gerard (1518–1581) was an Elizabethan statesman, who had a distinguished record of government service in England, Wales and most notably in Ireland. He sat in the House of Commons for Chester for many years, and was Vice-President of the Council of Wales and the Marches. 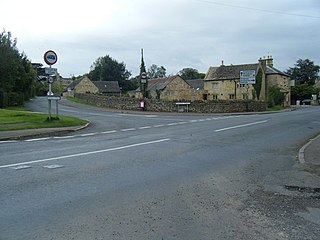 Sir William Weston was an English-born politician and judge who ended his career as Chief Justice of the Irish Common Pleas.

Sir William Warren was an Irish landowner, statesman and soldier of the late sixteenth century. He is mainly remembered now for having facilitated the much-discussed marriage of Hugh O'Neill, Earl of Tyrone and his third wife Mabel Bagenal, which took place at Warren's home, Drumcondra Castle, in 1591.

Catherine Fenton Boyle, Countess of Cork was an Irish aristocrat and wife of Richard Boyle, 1st Earl of Cork.