Roberto "Oveja" Telch (6 November 1943 – 12 October 2014) was an Argentine footballer. He was born in San Vicente, Córdoba, and won four league championships with San Lorenzo in Argentina and represented the Argentina national football team at the 1974 FIFA World Cup. He died in Buenos Aires of a heart attack. [1]

Telch started his professional career in a 3–2 win against Ferro Carril Oeste on 9 September 1962. He was first selected to play for the Argentina national team in 1964 when he played in the 1964 Cup of Nations.

In 1968 Telch won his first title with San Lorenzo, winning the Metropolitano, and becoming the first team in the professional era of Argentine football to complete a season without losing a game.

In 1972 Telch was part of the San Lorenzo team that won both of the Argentine league titles, this time they completed the Nacional championship without losing a game.

Telch won his fourth title with San Lorenzo in 1974, the club won the Nacional championship. Telch is one of only five players to have won four league championships with San Lorenzo, the others being Sergio Villar, Victorio Cocco, Carlos Veglio and Agustín Irusta.

In 1974 Telch played for the Argentina national team at the 1974 World Cup.

At the end of the 1975 season, Telch left San Lorenzo, by that time he had played 413 games for the club, scoring 25 goals. He has the second most appearances for the club behind Sergio Villar (446).

Telch played for Unión de Santa Fe between 1976 and 1979, he played 129 games for the club scoring 2 goals. In 1978 Unión reached the final of the Nacional but lost on aggregate to River Plate.

In 1980 Telch joined Colón de Santa Fe where he played one last season, he retired at the end of the 1980 season with a total of 630 appearances in the Argentine Primera, a record only surpassed by Hugo Gatti and Ricardo Bochini.

Telch managed several teams in the lower leagues of Argentine football. He also worked for many years with the youth teams at San Lorenzo. 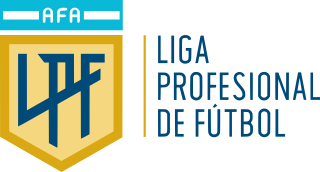 Ricardo Enrique Bochini is an Argentine former professional footballer, who played as an attacking midfielder. He is nicknamed El Bocha. He spent his nearly twenty-year professional career at club Independiente, becoming one of the most emblematic players and the greatest idol in the history of the club.

Juan Carlos "Toto" Lorenzo was an Argentine football player and coach. He became an icon for Boca Juniors fans after he coached the club to its first two Copa Libertadores titles.

Jorge Mario Olguín is a retired Argentine footballer who played as a defender. He is perhaps most famous for having been part of the 1978 World Cup winning team. Since his retirement as a player he has managed a number of football clubs.

Oscar Alberto Ortiz is a retired Argentine footballer who played as a winger.

Omar Ruben Larrosa is a retired Argentine footballer, who played as a midfielder, and the current assistant coach at Boca Juniors. He is perhaps most famous for having been part of the Argentine 1978 World Cup winning team.

José Héctor Rial Laguía was an Argentine footballer who played as a forward for Real Madrid between 1954 and 1961, and was part of the team that won five consecutive European Cups. He played professional football in Argentina, Colombia, Uruguay, Spain, France and Chile. He was born and raised in Argentina, but represented the Spain national team on five occasions. 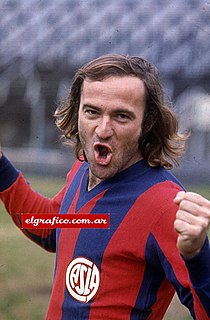 Héctor Horacio Leonel Scotta Guigo is a retired Argentine football striker. He was born in the city of San Justo in the Santa Fe Province of Argentina. Scotta is most famous for his feat of scoring 60 goals in 1975.

Carlos Manuel Morete Markov, commonly known as Carlos Morete, is a retired Argentine football striker. He was born in the city of Munro in Greater Buenos Aires, and is one of the few players to have played for and won titles with Argentina's three biggest clubs: River Plate, Boca Juniors and Independiente. He was part of 5 championship winning teams in Argentina as well as being the topscorer in three Argentine championships. He scored 245 top goals in the Argentine Primera División and La Liga in Spain making him one of the top marksmen in the history of football.

Sergio Bismarck Villar is a Uruguayan former footballer who played as a left back. He played most of his career for San Lorenzo de Almagro in Argentina. 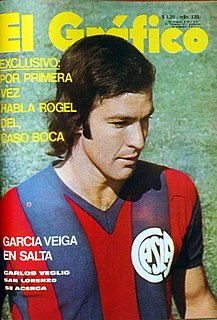 Carlos José Veglio is a former Argentine football striker. He won a number of major titles with San Lorenzo and Boca Juniors and represented the Argentina national football team. 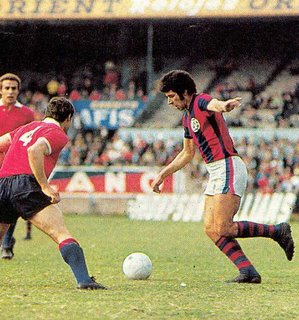 Victorio Nicolás Cocco is a former Argentine footballer. He played for a number of clubs in Argentina, Spain and Colombia and represented the Argentina national football team.

Rodolfo José Fischer Eichler, nicknamed Lobo was an Argentine international association football player of German-Brazilian descent. His tenacity awarded the tall attacker with the nickname El Lobo, the "Wolf". With CA San Lorenzo de Almagro in Buenos Aires he won three championships and he remained one of the foremost strikers in the club's history. Among others, he also played for Botafogo FR in Brazil and CD Once Caldas in Colombia.

The 1967 Primera División season was the 76th season of top-flight football in Argentina. It was the first season in which the Metropolitano and Nacional championships format was used. 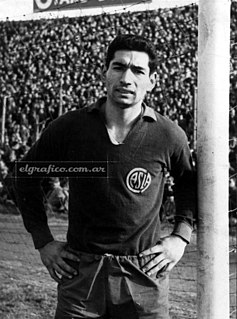 Agustín Ernesto Irusta is a former Argentine football goalkeeper who played most of his career for San Lorenzo de Almagro.

Carlos Biasutto is a former Argentine football goalkeeper and manager.