Robin Morton is an Irish folk musician who founded the folk band Boys of the Lough in 1967 along with Tommy Gunn and Cathal McConnell. Robin left the band 1979 after setting up a folk label called Temple Records. [1]

Morton was born in County Armagh, Northern Ireland and moved to Scotland to study a PHD (lapsed) at the University of Edinburgh. In 1969 he became manager of the Scottish folk group Battlefield Band in 1980 and continues to manage and release material by the band to this day. Morton then set up Temple US Records in the 1980s. He also set up a publishing company called Kinmor Publishing which produces music, and publishes books and sheet music.

The folk music magazine The Living Tradition covered Robin Morton's life in their 66th Issue, in an 11-page special that came out in 2006. [2] 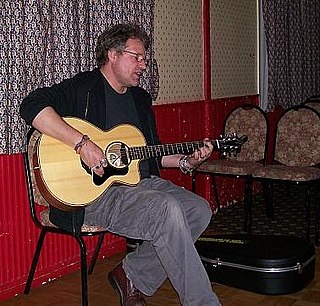 Robb Johnson is a British musician and songwriter, who has been called "one of the last genuinely political songwriters", and is known for his mix of political satire and wit. He has his own record label, Irregular Records, and has released more than 40 albums since 1985, either solo or in several collaborations. 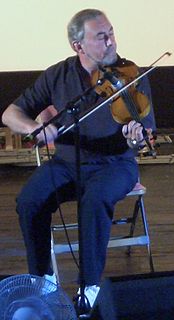 Northumbria, as is defined by the Oxford English Dictionary, is Northumberland, the northernmost county of England, and County Durham. According to 'World Music: The Rough Guide', "nowhere is the English living tradition more in evidence than the border lands of Northumbria, the one part of England to rival the counties of the west of Ireland for a rich unbroken tradition. The region is particularly noted for its tradition of border ballads, the Northumbrian smallpipe and also a strong fiddle tradition in the region that was already well established in the 1690s. Northumbrian music is characterised by considerable influence from other regions, particularly southern Scotland and other parts of the north of England, as well as Irish immigrants. 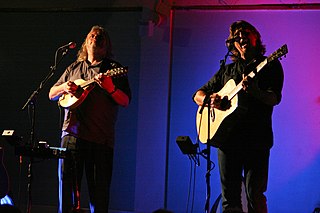 Show of Hands are an English acoustic roots/folk duo formed in 1986 by singer-songwriter Steve Knightley and composer and multi-instrumentalist Phil Beer. Joined by singer and double-bassist Miranda Sykes for a tour in 2004, Show of Hands continued to regularly perform as a trio with Sykes, as well as in their original format. In 2019 the line-up was further expanded by the addition of Irish percussionist Cormac Byrne.

Bellanaleck is a small village in County Fermanagh, Northern Ireland. It lies just south of Enniskillen on the main A509 (N3) road Enniskillen towards Cavan and Dublin. In the 2001 Census it had a population of 213. It is situated within Fermanagh and Omagh district. 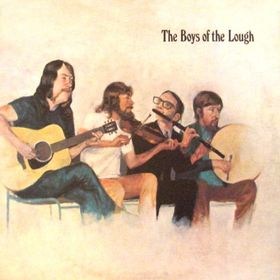 Hom Bru are a folk group from Shetland who formed in 1978. They moved to Edinburgh in 1980 and using the city as their base, toured all over Europe. In 1982 they moved back to Shetland and continue to perform regularly.

Eberhard “Paddy” Bort was a writer, academic and traditional music activist. He was associate director of the University of Edinburgh’s International Social Sciences Institute and academic co-ordinator of its Institute of Governance, and was a leading proponent of traditional music in the Scottish capital city, Edinburgh.