Nabulyato was born in Banamwaze in 1916, [1] and attended Methodist mission schools in Nanzila and Kafue. [2] He later attended Chalimbana College,going on to work as a teacher. [2] He joined the Northern Rhodesian Congress in 1948 and became its Secretary-General. [2]

In 1954 Nabulyato became a member of the Legislative Council after being appointed as one of the four African members,representing Southern Province. [3] He contested the South-Western seat in the 1959 general elections,running as an independent against Congress leader Harry Nkumbula,but was heavily defeated. [4]

In 1968 Nabulyato was chosen as the Speaker of the National Assembly after Wesley Nyirenda had resigned to take up a ministerial position. He remained Speaker until retiring in 1988. [2] However,three years later he was chosen as the Speaker for the first multi-party National Assembly since the early 1970s. [2] He retired again in 1998. [2] He died in the Kabulonga suburb of Lusaka on 12 September 2004. [5] [6]

Nabulyato was awarded the Order of the Grand Companion of Freedom in 1965. [2] In 1972 he was made a Knight Grand Band of the Humane Order of African Redemption by Liberian President William R. Tolbert Jr. [2] The University of Zambia gave him an honorary LL.D in October 1984. [2] 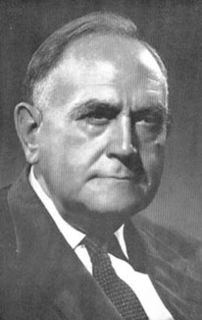 Sir Roland "Roy" Welensky,was a Northern Rhodesian politician and the second and last Prime Minister of the Federation of Rhodesia and Nyasaland.

The United National Independence Party (UNIP) is a political party in Zambia. It governed the country from 1964 to 1991 under the socialist presidency of Kenneth Kaunda,and was the sole legal party in the country between 1973 and 1990. On 4 April 2021,Bishop Trevor Mwamba was elected President of UNIP.

The Zambian African National Congress was a political party in Zambia. 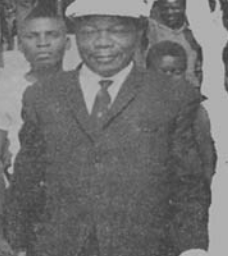 Harry Mwaanga Nkumbula was a Zambian nationalist leader involved in the movement for the independence of Northern Rhodesia,as Zambia was known until the end of British rule in 1964. He was born in the village of Maala in the Namwala district of Zambia's southern province. He was the youngest of three children and the only son.

Simon Mwansa Kapwepwe was a Zambian politician,anti-colonialist and author who served as the second vice-president of Zambia from 1967 to 1970.

General elections were held in Northern Rhodesia on 20 and 21 January 1964. There were two voter rolls for the Legislative Council,a main roll that elected 65 seats,and a reserved roll that elected 10. Africans elected the main roll,whilst Europeans elected the reserve roll. Other ethnicities were allowed to choose which roll to be part of. The United National Independence Party won the elections,taking 55 of the common roll seats. Its leader,Kenneth Kaunda became Prime Minister,leading the country to independence in October that year,at which point he became President. Voter turnout was 94.8% for the main roll and 74.1% for the reserved roll.

General elections were held in Northern Rhodesia on 19 February 1954. The result was a victory for the Federal Party,which won 10 of the 12 elected European seats in the Legislative Council.

General elections were held in Northern Rhodesia on 20 March 1959,although voting did not take place in two constituencies until 9 April. The United Federal Party (UFP) was expected to win the elections,and did so by taking 13 of the 22 elected seats on the Legislative Council.

The modern political history of Zimbabwe starts with the arrival of white people to what was dubbed Southern Rhodesia in the 1890s. The country was initially run by an administrator appointed by the British South Africa Company. The prime ministerial role was first created in October 1923,when the country achieved responsible government,with Sir Charles Coghlan as its first Premier. The third Premier,George Mitchell,renamed the post Prime Minister in 1933.

Sir Cecil Dennistoun Burney,3rd Baronet was a British businessman and politician in Zambia (1959-1970),having emigrated in 1951 but returning to Britain in 1970.

Lancelot Bales Smith GLM ID,was an English-born Rhodesian farmer and politician. Elected to Parliament in the 1950s,he was a founding member of Rhodesian Front in 1962. He was Minister without portfolio in the cabinet of Prime Minister Ian Smith at the time of Rhodesia's Unilateral Declaration of Independence in 1965. In 1968,after serving as Deputy Minister of Agriculture,he was appointed Minister of Internal Affairs,a position he held until 1974,when he exited politics.

Sikota Wina is a Zambian former politician. He was a member of the Legislative Council and the National Assembly and the country's first Minister of Health. He also held the posts of Minister for Local Government and Minister of Information,Broadcasting and Tourism.

Fwanyanga Matale Mulikita was a Zambian politician. He held several ministerial positions during the late 1960s and 1970s,and was later Speaker of the National Assembly

Nakatindi Yeta Nganga (1922–1972) was a Lozi aristocrat and Zambian politician. Jointly one of the first women elected to the National Assembly,she was also the country's first female junior minister.