Rock, Paper, Shotgun (also spelled Rock Paper Shotgun, short RPS) is a UK-based website for reporting on video games, primarily for personal computers. Originally launched on 13 July 2007 as an independent site, Rock, Paper, Shotgun was acquired and brought into the Gamer Network, a network of sites led by Eurogamer in May 2017. [1] [2]

Rock, Paper, Shotgun was founded by Kieron Gillen, Jim Rossignol, Alec Meer and John Walker in 2007. All four were freelancing for Future Publishing, and decided they wanted to create a web site focused entirely on games for personal computers. [3]

Gillen announced that he would no longer be involved in posting the day-to-day content of Rock, Paper, Shotgun in 2010, [4] focusing more on his work with Marvel Comics, but would continue to act as a director and occasionally write essay pieces for the site. Rossignol founded his own game studio Big Robot in 2010, [5] but also continued to contributed to the site for six more years. Meer and Walker left in 2019. [6] [7]

Rock, Paper, Shotgun also has seen contributions from several other writers, including:

Some of the frequent categories of stories posted on Rock, Paper, Shotgun include:

On 8 February 2011, the game Bulletstorm came under scrutiny by Fox News through two articles by journalist John Brandon, describing the game as the worst game in the world. [8] [9] The game was targeted because of its profanity, crude behaviour (examples of which including the game's skill-shot system, which has a move that rewards players for shooting at an enemy's genitals), and sexual innuendo. Alongside the panel of Fox News anchors was the psychiatrist Carole Lieberman, who remarked: "Video games have increasingly, and more brazenly, connected sex and violence in images, actions and words. This has the psychological impact of doubling the excitement, stimulation, and incitement to copycat acts. The increase in rapes can be attributed, in large part, to the playing out of such scenes in video games." Other claims included that the game could reach audiences as young as nine years old, and that the gore and profanity could seriously traumatise a child of that age group.

These claims were largely ridiculed among gaming websites, including Rock, Paper, Shotgun, who ran a series of articles discrediting the reports by Fox News. [10] The articles analysed Lieberman's claims and found only one of eight sources she provided had anything to do with the subject at hand. Fox News acknowledged that they had been contacted by Rock, Paper, Shotgun, and responded to their claims on 20 February 2011 through another article, stating that the game still remained a threat to children. [9]

In 2014 a Rock, Paper, Shotgun article by John Walker about the existence of orphaned classic video games and the suggestion to let them enter the public domain after 20 years, raised a controversial public debate about copyright terms and public domain [11] [12] [13] between game industry veterans John Walker, George Broussard, and Steve Gaynor. [10] [14] [15]

Penumbra: Requiem is an expansion pack to the game Penumbra: Black Plague developed by Frictional Games.

Puppy Games is an independent games studio based in the UK. They describe their game style as "neo-retro arcade games".

GamersGate AB is a Sweden-based online video game store offering electronic strategy guides and games for Windows, macOS, and Linux via direct download. It is a competitor to online video game services such as Steam, GOG.com, and Direct2Drive. 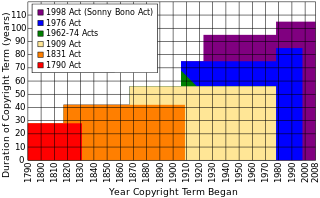 John Graham Walker is a British computer games journalist, as well as a cartoonist and TV critic.

Brian Mitsoda is an American video game designer and writer best known for his work on the 2004 game Vampire: The Masquerade – Bloodlines. He is the founder of DoubleBear Productions.

James Michael Rossignol is a British computer games journalist and critic, as well as an author. He has also branched out into games, founding the company Big Robot in 2010.

Bulletstorm is a 2011 first-person shooter video game developed by People Can Fly and Epic Games and published by Electronic Arts (EA). The game is distinguished by its sense of style and crass humor, rewarding players with points for performing increasingly ludicrous and creative kills. Bulletstorm does not have any competitive multiplayer modes, preferring instead to include cooperative online play and score attack modes. Set in the 26th century, the game's story follows Grayson Hunt, a space pirate and former black ops member deserter who is on a quest to exact revenge on General Sarrano, his former commander who has tricked him and his team into committing war crimes and assassinating innocents. 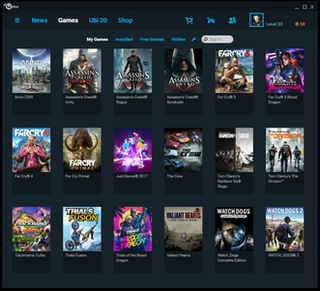 GROW is a series of Flash-based puzzle games created by On Nakayama, a Japanese indie game developer, and posted to his website, eyezmaze.com. The series, which was launched on February 7, 2002, comprises 12 full games, 7 minigames, and 1 canceled game. The most recently released title was published in June 2018. The games all feature a simple click-button interface requiring the player to determine the correct combination of buttons to click to maximize visual reward and ultimately to achieve the good ending. Graphically spare and minimalist, GROW games employ a cute aesthetic and often include creatures and characters taken from On's other games like those in the Tontie Series.

Sir, You Are Being Hunted is an open world survival horror stealth video game developed by Big Robot for Microsoft Windows, macOS, and Linux. An alpha version of the game was made available on 19 August 2013. The final version was released on 2 May 2014.

Proteus is a 2013 exploration and walking simulator video game designed and created by Ed Key and David Kanaga for Microsoft Windows, OS X, Linux, PlayStation 3 and PlayStation Vita. In the game, the player traverses a procedurally generated environment without prescribed goals. The world's flora and fauna emit unique musical signatures, combinations of which cause dynamic shifts in audio based on the player's surroundings.

Call to Arms is a real-time tactics and strategy video game developed by German company Digitalmindsoft as the spiritual successor to the Men of War series. The early access version of the game was released on 30 July 2015 to Steam.

Rat Chaos is a 2012 stream of consciousness art and browser game created by Winter Lake.

Tom Jubert is a British video game writer and narrative designer. He is best known for his work on many high-profile games, including FTL: Faster than Light, The Talos Principle, and The Swapper. He has worked on AAA games, but most of his work has been on smaller indie titles.

OneShot is a puzzle and adventure indie game developed by Future Cat and published by Degica. Based on a 2014 free version, it was released for Steam on December 8, 2016 and on itch.io on March 12, 2020.

The Outsider is a fictional supernatural being in Arkane Studios' Dishonored franchise, residing in an empty otherworldly dimension called the Void. After appearing in promotional webisodes, the character made his game debut in Dishonored (2012), where he grants magical powers to the player character. He serves a similar role in the game's sequel, Dishonored 2 (2016), though he may be rejected. The Outsider reappears in Dishonored: Death of the Outsider (2017), which follows former-assassin Billie Lurk as she attempts to kill or otherwise neutralize him. Within the series, the Outsider is one of many representations of the Void that have existed, and was originally a street urchin before being sacrificed by a cult. Voiced by Billy Lush in the first game, the actor was replaced by Robin Lord Taylor from Dishonored 2 onwards.