Last updated September 13, 2021
Not to be confused with Rocky Flats National Wildlife Refuge.

The Rocky Mountain Arsenal National Wildlife Refuge is a 15,988-acre (24.981 sq mi) National Wildlife Refuge located adjacent to Commerce City, Colorado, in the United States. It is approximately 8 miles (13 km) northeast of downtown Denver. The refuge is on the grounds of the former Rocky Mountain Arsenal, a United States Army chemical weapons manufacturing facility. The site was designated a national wildlife refuge in 1992 by the United States Congress, and underwent a costly environmental cleanup in order to remove pollutants. The refuge is managed by the United States Fish and Wildlife Service. More than 330 species of wildlife inhabit the refuge, including raptors, deer, raccoons, coyotes, white pelicans, black-footed ferrets, black-tailed prairie dogs, and bison.

The Rocky Mountain Arsenal (RMA) was built in 1942 to manufacture chemical weapons. A portion of the site was leased to private industry in 1946 for petroleum production and agricultural and industrial chemical manufacturing. [1] When the American chemical weapons program was shut down after the Vietnam War, [2] the RMA served as a site for dismantling and disposing of these weapons. [1] The Shell Oil Company also used a portion of the site in the 1980s to produce pesticides. [2] The RMA was closed in 1985, and in 1987 environmental testing revealed that the site was extremely polluted. The RMA was listed on the National Priorities List, a list of hazardous waste sites in the United States eligible for long-term remedial action (cleanup) financed under the federal Superfund program run by the Environmental Protection Agency. [1]

In 1986, while environmental testing was continuing, a winter communal roost of bald eagles, then an endangered species, was discovered at the Rocky Mountain Arsenal. [3] Additional investigation by the U.S. Fish and Wildlife Service (USFWS) discovered that the RMA was home more than 330 species of wildlife. With the arsenal not fit for human habitation, pressure quickly built to have it turned into a wildlife refuge. [4] Congress enacted the Rocky Mountain Arsenal National Wildlife Refuge Act on September 25, 1992, and the legislation was signed into law by President George H. W. Bush on October 9. The law stipulated that a majority of the RMA site would become a national wildlife refuge under the jurisdiction of the Fish and Wildlife Service once the environmental restoration is completed. The Act also provided that, to the extent possible, the RMA was to be managed as a wildlife refuge in the interim. [5]

History of the refuge

Although all land to be included in the Rocky Mountain Arsenal National Wildlife Refuge has been turned over to the Department of the Interior, management of the refuge remains the responsibility of both the USFWS and the U.S. Army. Because some land may still contain chemical weapons devices (such as unexploded projectiles or buried equipment) and cannot safely be integrated into the wildlife refuge, the Fish & Wildlife Service manages only 14,904 acres (60.31 km2) of land. The remainder of the property (1,084 acres (4.39 km2)) is managed by the U.S. Army. The USFWS and Army signed an inter-agency agreement to cooperate in the management of the Army land according to UWFWS principles. [11]

Sixteen American bison were brought from the National Bison Range in Montana to an enclosed 1,400-acre (5.7 km2) section of the refuge in March 2007 as part of the USFWS Pilot Bison Project. The number of bison reached 87 in 2013, forcing the USFWS to reduce the herd to just 60 animals as the limited acreage could not support so many animals. USFWS officials said that in a few years they will expand the bison acreage to 12,000 acres (49 km2), which will allow the herd to expand to an anticipated 210 animals. [12]

As of 2013, the USFWS had identified 332 species of wildlife on the refuge. Most of these species, however, existed only in very low numbers. [14] Beginning in 2011, the USFWS began implementing a plan to remove invasive plant species and restore native plants on most of the refuge. [15] About two-thirds of the refuge consists of mixed-grass and shortgrass prairie, while the remainder is a mix of forest, shrubland, and lakes, streams, and riparian areas. A large number of man-made features dot the landscape, including irrigation ditches, lakes and ponds, and former homesteads. [2]

A Comprehensive Management Plan for the refuge was finalized in June 1996. [2] Under the plan, the refuge is available for public use, and community outreach and educational programs will be implemented to encourage public use.

A record 300,000 people visited the refuge in 2013, and refuge officials say they expect visitation to top one million annually once visitor facilities, outreach plans, and a wildlife management plan are completely in place. [12] 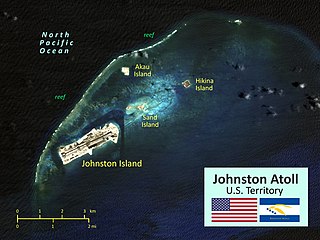 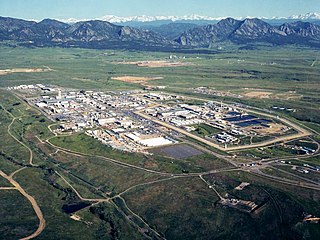 The Rocky Flats Plant was a U.S. manufacturing complex that produced nuclear weapons parts in the western United States, near Denver, Colorado. The facility's primary mission was the fabrication of plutonium pits, which were shipped to other facilities to be assembled into nuclear weapons. Operated from 1952 to 1992, the complex was under the control of the U.S. Atomic Energy Commission (AEC), succeeded by the Department of Energy (DOE) in 1977.

Montezuma National Wildlife Refuge is a wildlife preserve operated by the United States Fish and Wildlife Service, encompassing part of the Montezuma Swamp at the north end of Cayuga Lake. The 10,004-acre (40.48 km2) preserve is composed of swamps, pools and channels and is a stopping point for migratory birds. 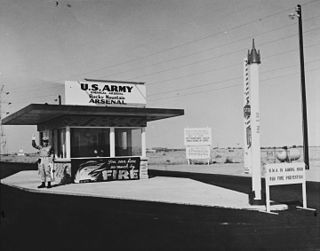 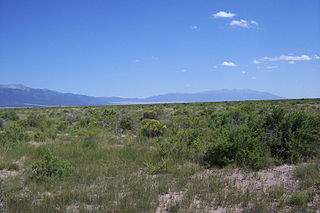 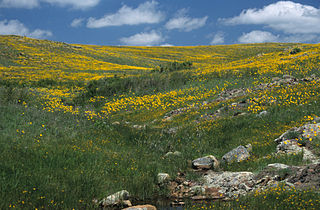 Wichita Mountains Wildlife Refuge, located in southwestern Oklahoma near Lawton, has protected unique wildlife habitats since 1901 and is the oldest managed wildlife facility in the United States Fish and Wildlife Service system. The refuge's location in the geologically unique Wichita Mountains and its areas of undisturbed mixed grass prairie make it an important conservation area. The Wichitas are approximately 500 million years old. Measuring about 59,020 acres (238.8 km2), the refuge hosts a great diversity of species: 806 plant species, 240 species of birds, 36 fish, and 64 reptiles and amphibians are present.

The Bison Range (BR), formerly the National Bison Range, is a nature reserve on the Flathead Indian Reservation in western Montana established as a wildlife conservation area for the American bison. The size of the bison herd at the BR is between 350 and 500. Established as a National Wildlife Refuge in 1908, the BR consists of approximately 18,800 acres (7,600 ha) within the Montana valley and foothill grasslands. The management is in the process of being transferred from the U.S. Fish and Wildlife Service to the Confederated Salish and Kootenai Tribes. 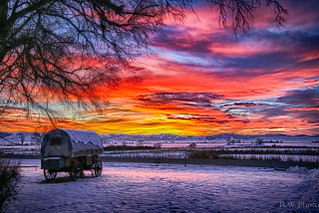 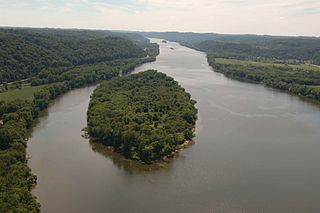 The Ohio River Islands National Wildlife Refuge (ORINWR) is a National Wildlife Refuge (NWR) in non-contiguous sites consisting of islands along 392 miles (631 km) of the Ohio River, primarily in the U.S. state of West Virginia. There are also two islands upstream in Beaver County, Pennsylvania, and a pair downstream in Lewis County, Kentucky. Going downstream, the refuge is currently located in parts of these counties: Beaver, Brooke, Ohio, Marshall, Wetzel, Tyler, Pleasants, Wood, Jackson, Mason, and Lewis. All counties are in West Virginia, with the exceptions in Pennsylvania and Kentucky mentioned above. The ORINWR was established in 1990 and consists of 3,354 acres (13.57 km2) of land and underwater habitat on 22 islands and four mainland properties. The refuge headquarters and visitor center is located in Williamstown, West Virginia. Prior to its establishment, West Virginia was the only state of the United States without a NWR. 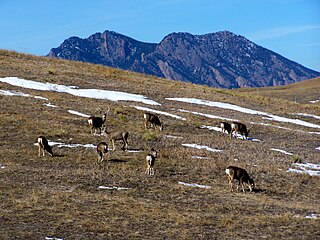 The Izembek National Wildlife Refuge is the smallest of the National Wildlife Refuges located in the U.S. state of Alaska. It lies on the northwest coastal side of central Aleutians East Borough. Almost all of the refuge was designated as wilderness in 1980 under the Alaska National Interest Lands Conservation Act. The refuge is administered from offices in Cold Bay. 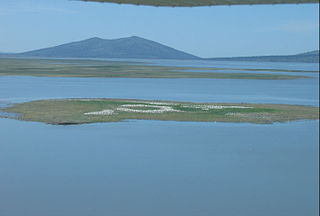 The Patuxent Research Refuge is a National Wildlife Refuge in Prince George's County, Maryland, United States, established in 1936 by executive order of President Franklin D. Roosevelt. It is the only National Wildlife Refuge in the country established to support wildlife research. With land surrounding the Patuxent and Little Patuxent Rivers between Washington, D.C. and Baltimore, Maryland, the refuge has grown from the original 2,670 acres (10.8 km2) to its present size of over 12,800 acres (52 km2) and encompasses land formerly managed by the Departments of Agriculture and Defense. Throughout decades of change, Patuxent's mission of conserving and protecting the nation's wildlife and habitat through research and wildlife management techniques has remained virtually unchanged.

The Hackmatack National Wildlife Refuge is a newly established United States national wildlife refuge that will include noncontiguous properties, especially tallgrass prairie patches, wetland properties, and oak savanna parcels, located in the northwestern region of the Chicago metropolitan area and the southern part of the Milwaukee area. The refuge's boundaries encompass parts of McHenry County, Illinois, and Walworth County, Wisconsin. The refuge will be operated by the United States Fish and Wildlife Service, known as USFWS. 85 percent of the refuge will be in Illinois, and 15 percent in Wisconsin.