Roger Abbott (July 10, 1946 –March 26, 2011) was an English-born Canadian Sketch comedian who was a founding member of the long-lived Canadian comedy troupe Royal Canadian Air Farce , and remained one of its stars and writers until his death.

Abbott was born in Birkenhead, England; at age 7, he and his family moved to Montreal. While attending Loyola High School, he met Don Ferguson, who would become a co-star of Royal Canadian Air Farce. After graduation in 1963, he attended Loyola College (now Concordia University). [1]

Abbott began his career in behind-the-scene jobs in radio. [2] In 1970, comedians John Morgan and Martin Bronstein, who were looking for non-actors who could write and perform their own material, [2] convinced Abbott to join the cast of an improvisational theatre revue called The Jest Society (a pun on then-Prime Minister Pierre Trudeau's famous goal of making Canada a "Just Society"). After a number of personnel changes, the troupe — now consisting of Abbott, Morgan, Bronstein, Don Ferguson, Luba Goy and Dave Broadfoot— became known as the Royal Canadian Air Farce. On December 9, 1973, they began a weekly broadcast on CBC radio in front of a live audience at the CBC's Parliament Street studio in Toronto. [3] Abbott quickly showed his organizational abilities — Don Ferguson called him "the guiding light of Royal Canadian Air Farce" and "a combination of artistic, organizational and business talent". [4] Abbott also became the "warm-up man" for the weekly broadcasts, chatting to the audience before introducing the rest of the cast. Abbott said the greatest influences on his style of comedy were Dave Broadfoot and the British comedy troupe Monty Python. [4] Bronstein left the troupe the following year [5] -- the remaining members would be the ongoing cast of Royal Canadian Air Farce for many years.

Air Farce branched into television in 1980 with a 10-week series of television shows for CBC, although they continued to produce their weekly radio show. About the same time, the producers of the American sitcom Taxi offered Abbott and Ferguson a chance to be writers on the show, but they turned the offer down. [4]

The title of the television show changed several times, first shortened to Air Farce, then to Air Farce Live, and in its final season (2008–2009), Air Farce Live—The Final Flight. [9] Air Farce continued to produce occasional specials for CBC, and Abbott's last appearance on Air Farce was their New Year's Eve special that aired on December 31, 2010.

Abbott was diagnosed with the progressive disease chronic lymphocytic leukemia in 1997, but only shared this fact with family and close friends. [10] [11] After a 14-year battle, he succumbed to leukemia on March 26, 2011 at Toronto General Hospital at the age of 64. 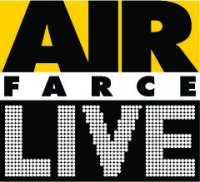 Royal Canadian Air Farce, and often credited simply as Air Farce, was a Canadian sketch comedy series starring the comedy troupe Royal Canadian Air Farce, that previously starred in an eponymous show on CBC Radio, from 1973 to 1997. The top-rated television show was broadcast on CBC Television, beginning in 1993 and ending in December 2008. The Air Farce Live name was adopted in October 2007. For the show's final season which began October 3, 2008, the series was renamed Air Farce—Final Flight!.

Mary Walsh: Open Book was a weekly book club series on CBC Television, which aired from 2002 to 2005. Similar to Oprah's Book Club, the series was hosted by actress and comedian Mary Walsh, who moderated a discussion about books and literature with a panel of celebrities and other guests. Each episode of the series was structured around discussion of a single book, including both Canadian and international literature. The series aired at 11 p.m. on Sunday nights, attracting relatively strong ratings for a late time slot.

XPM was a short-lived Canadian television sitcom broadcast in 2004 on CBC Television. It was centred on shamed former Prime Minister Bennett Macdonald, played by Don Ferguson, who was trying to adjust to a life where the best job he could find was at a small law firm in a shopping mall. The series also starred Dave Broadfoot as Macdonald's law partner, Kathy Greenwood as his wife, and Jessica Holmes as his secretary Jasmine.

Don Ferguson is a Canadian actor, writer, and producer and is one of the stars of the Royal Canadian Air Farce. He and Dave Broadfoot were the only Canadian-born original cast members of Air Farce. In 1998, Ferguson and the original Air Farce cast of Roger Abbott, Luba Goy, and John Morgan received the Governor General's Performing Arts Award for Lifetime Artistic Achievement, Canada's highest honour in the performing arts. 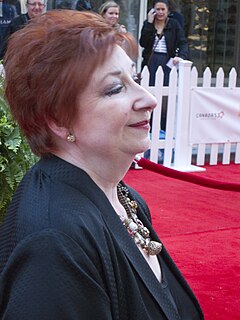 Luba Goy is a Canadian actress, comedian and one of the stars of Royal Canadian Air Farce.

The Royal Canadian Air Farce is a comedy troupe best known for their radio and television series which were broadcast in Canada by the Canadian Broadcasting Corporation. Although their weekly radio series ended in 1997 and their television series ended in 2008, the troupe have been still active since then through an annual New Year's Eve special on CBC Television. However, CBC has announced that due to budgetary constraints, the 2019 special scheduled to air on December 30, 2019 will be the final in the series.

The 22nd Gemini Awards were held on October 28, 2007 in Regina, Saskatchewan to honour achievements in Canadian television. The ceremony was broadcast on CBC Television. It was hosted by George Stroumboulopoulos.

The 13th Gemini Awards were held on October 4, 1998, to honour achievements in Canadian television. It was broadcast on CBC.

The 11th Gemini Awards was held on June 6, 1997, to honour achievements in Canadian television. It was hosted by Albert Schultz, and was broadcast on CBC.

The 10th Gemini Awards were held on March 3, 1996, to honour achievements in Canadian television. It was hosted by Albert Schultz, and was broadcast on CBC.

The 9th Gemini Awards was held in 1995 to honour achievements in Canadian television. It was hosted by Paul Gross and Tina Keeper and was broadcast on CBC.

The 12th Gemini Awards were held on March 1, 1998, to honour achievements in Canadian television. It was broadcast on CBC. This would be the first of two Gemini awards that broadcast in 1998.

There have been numerous depictions of prime ministers of Canada in popular culture.

Krazy House is a Canadian comedy television miniseries which aired on CBC Television in 1977. It was an anthology series of several different sketch programmes independently written, performed and produced by different performers in different cities. Members of the Royal Canadian Air Farce were involved in writing and performing in Toronto-shot episodes 1, 2 and 5, while episodes 3 and 4 were shot in Zanzibar and featured the cast of CBC Radio's Dr. Bundolo's Pandemonium Medicine Show. Episode 6 featured a cast of unknowns, and was not connected to either the Air Farce or Bundolo troupes.