Roger Guesnerie is an economist born in France in 1943. He is currently the Chaired Professor of Economic Theory and Social Organization of the Collège de France , Director of Studies at the École des hautes études en sciences sociales, and the chairman of the board of directors of the Paris School of Economics.

Guesnerie studied at École Polytechnique and the École Nationale des Ponts et Chaussées, and received his doctorate in economics from the University of Toulouse in 1982. He has taught at the London School of Economics, the École Polytechnique, and at Harvard University. [1] Guesnerie has published widely in economics, including in public economics, in the theory of incentives and economic mechanisms, and in the theory of general economic equilibrium.

Guesnerie has been elected president of several scholarly societies, notably the French Association of Economic Sciences (2002–2003), the Econometric Society (1996), and the European Economic Association (1994). Guesnerie has been elected as an foreign honorary member of the American Economic Association and as a foreign member of the American Academy of Arts and Sciences. He has served as co-editor of Econometrica (1984–1989) and as foreign editor of the Review of Economic Studies . In France, Guesnerie's research has been recognized with the CNRS Silver medal; he has been declared to be a Chevalier de l'Ordre National du Mérite and Chevalier de la Légion d'honneur.

Donald J. Brown credited Guesnerie's "seminal" paper with the "major methodological innovation in the general equilibrium analysis of firms with pricing rules", "the introduction of the methods of nonsmooth analysis, as a [synthesis] of global analysis (differential topology) and [of] convex analysis." [5] This paper introduced cone of interior displacements of Dubovickii and Miljutin into economics. [6] [7]

This paper stimulated a subfield of economics, devoted to pricing rules, as discussed by Jacques Drèze:

"Starting with a paper in Econometrica by Dierker, Guesnerie and Neuefeind (1985), a theory of general equilibrium has developed for economies with non-convex production sets, where firms follow well-defined pricing rules. In particular, existence theorems of increasing generality cover (to some extent, because of various differences in assumptions) the case of Ramsey-Boiteux pricing. Those interested primarily in applications might express skepticism, perhaps even horrified skepticism, upon realizing that 90 pages of a serious economics journal—a 1988 issue of The Journal of Mathematical Economics—were devoted to existence proofs of equilibrium in non-convex economies, under alternative formulations of the assumption that marginal cost pricing entails bounded losses at normalized prices. Still, I think that economic research must cover the whole spectrum from concrete applications to that level of abstraction." [8]

Game theory is the study of mathematical models of strategic interactions among rational agents. It has applications in all fields of social science, as well as in logic, systems science and computer science. Originally, it addressed two-person zero-sum games, in which each participant's gains or losses are exactly balanced by those of other participants. In the 21st century, game theory applies to a wide range of behavioral relations, and is now an umbrella term for the science of logical decision making in humans, animals, and computers. 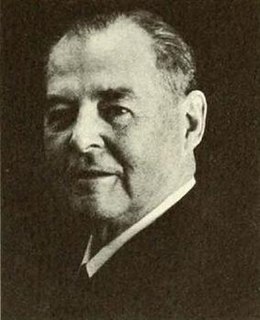 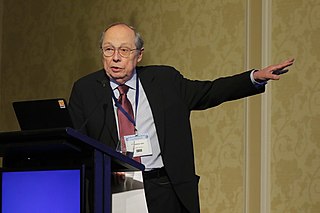 The Lucas aggregate supply function or Lucas "surprise" supply function, based on the Lucas imperfect information model, is a representation of aggregate supply based on the work of new classical economist Robert Lucas. The model states that economic output is a function of money or price "surprise". The model accounts for the empirically based trade off between output and prices represented by the Phillips curve, but the function breaks from the Phillips curve since only unanticipated price level changes lead to changes in output. The model accounts for empirically observed short-run correlations between output and prices, but maintains the neutrality of money in the long-run. The policy ineffectiveness proposition extends the model by arguing that, since people with rational expectations cannot be systematically surprised by monetary policy, monetary policy cannot be used to systematically influence the economy.