Roland Petit (13 January 1924 –10 July 2011) was a French ballet company director, choreographer and dancer. He trained at the Paris Opera Ballet school, and became well known for his creative ballets.

The son of shoe designer Rose Repetto, Petit was born in Villemomble, near Paris. He trained at the Paris Opéra Ballet school under Gustave Ricaux and Serge Lifar and began to dance with the corps de ballet in 1940. He founded the Ballets des Champs-Élysées in 1945 and the Ballets de Paris in 1948, at Théâtre Marigny, with Zizi Jeanmaire as star dancer.

Petit collaborated with Henri Dutilleux (Le Loup - 1953), Serge Gainsbourg, Yves Saint-Laurent and César Baldaccini and participated in several French and American films. He returned to the Paris Opéra in 1965 to mount a production of Notre Dame de Paris (with music by Maurice Jarre). He continued to direct ballets for the largest theatres of France, Italy, Germany, Great Britain, Canada and Cuba.

In 1968, his ballet Turangalîla provoked a small revolution within the Paris Opéra. Four years later, in 1972, he founded the Ballet National de Marseille with the piece "Pink Floyd Ballet". He directed the Ballet National de Marseille for the next 26 years. For the décor of his ballets, he would work in close collaboration with the painter Jean Carzou (1907–2000), but also with other artists such as Max Ernst.[ citation needed ]

The creator of more than 50 ballets across all genres, he choreographed for a plethora of famed international dancers. He refused the free technical effects; he did not stop reinventing his style, language, and became a master in the arts of pas de deux and of narrative ballet, but he succeeded also in abstract ballets. He collaborated also with the nouveaux réalistes including Martial Raysse, Niki de Saint Phalle and Jean Tinguely.

Le jeune homme et la mort ("The Young Man and Death") of 1946 (libretto by Jean Cocteau) is considered his magnum opus and it is also his most well-known work; the choreography and the costumes are of astonishing modernity. In his 1949 ballet Carmen , he made an unusual use of the en dedans, while he gave a non-figurative treatment to Turangalîla.[ citation needed ]

Among the films to which he contributed are Symphonie en blanc by René Chanas and François Ardoin (1942 short film on history of dance) in which he appeared as a dancer; the choreography for the 1948 film Alice in Wonderland, The Glass Slipper in 1954, Anything Goes (with others)in 1956, [1] and Black Tights as choreographer, writer, and dancer [2] in 1960.

In 1994, he was awarded the Prix Benois de la Danse as choreographer.[ citation needed ]

In 1954, Petit married dancer Zizi Jeanmaire, who performed in a number of his works. His memoirs were published in 1993 under the title J'ai dansé sur les flots ("I Danced on the Waves"). He and Jeanmaire had one daughter, Valentine Petit, a dancer and actress. [3] [4] [5]

During his career, Petit choreographed 176 works, including: 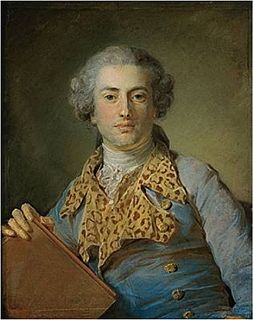 Jean-Georges Noverre was a French dancer and balletmaster, and is generally considered the creator of ballet d'action, a precursor of the narrative ballets of the 19th century. His birthday is now observed as International Dance Day. 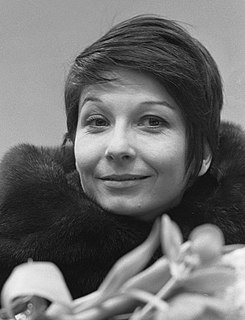 Renée Marcelle "Zizi" Jeanmaire was a French ballet dancer, actress and singer. She became famous in the 1950s after playing the title role in the ballet Carmen, produced in London in 1949, and went on to appear in several Hollywood films and Paris revues. She was the wife of dancer and choreographer Roland Petit, who created ballets and revues for her. 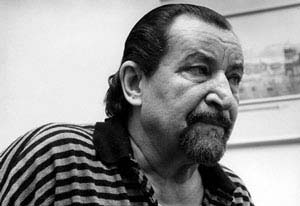 Maurice Béjart was a French-born dancer, choreographer and opera director who ran the Béjart Ballet Lausanne in Switzerland. He developed a popular expressionistic form of modern ballet, talking vast themes. He was awarded Swiss citizenship posthumously.

Colette Janine Marchand was a French prima ballerina and actress. She was nominated for the Academy Award for Best Supporting Actress in 1952 for her performance as Marie Charlet in Moulin Rouge, directed by John Huston. 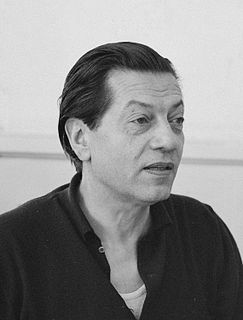 Le Jeune Homme et la Mort is a ballet by Roland Petit, choreographed in 1946 to Bach's Passacaglia and Fugue in C Minor, BWV 582, with a one-act libretto by Jean Cocteau. It tells the story of a young man driven to suicide by his faithless lover. Sets were by Georges Wakhévitch and costumes variously reported as being by Karinska or Cocteau. Petit is purported to have created Le Jeune Homme et la Mort for his wife-to-be Zizi Jeanmaire, but it was danced by Jean Babilée and Nathalie Philippart at its 25 June 1946 premiere at the Théâtre des Champs-Élysées with costumes by Tom Keogh.

Mathieu Ganio is a French danseur étoile of the Paris Opera Ballet. 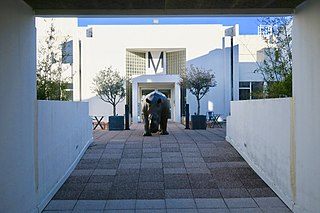 The Ballet National de Marseille is a dance company based in Marseille, France. The company combines modern dance and classical ballet.

Carmen is a ballet created by Roland Petit and his company 'Les Ballets de Paris' at the Prince's Theatre in London on 21 February 1949, which has entered the repertory of ballet companies in France and around the world. This version is in five scenes and represents a striking admixture of classical ballet, Spanish-style movement, mime, and freshly invented dramatic dance action. It opened "scandalously and brilliantly, with the fabulously sexy Zizi Jeanmaire in the title role" in London and has been regularly performed ever since. 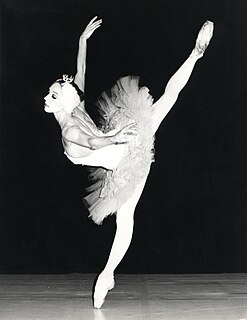 Wilfride Piollet was a French ballerina and choreographer. She was born in Saint-Rambert-d'Albon. Her philosophy of dance and her research led to the publication of several books. Piollet joined the Paris Opera Ballet company in 1960. She gained the rank "coryphée" in 1963, "sujet" in 1964, soloist in 1966, and was promoted to principal dancer (étoile) in 1969. In 1973, Nouvelle lune c-à-d was created for her retirement of the Paris Opera. Invited as a guest by Rudolf Nureyev, she danced at the Paris Opera until 1990, the year when Jean Guizerix left. At the Paris Opera and worldwide, she performed the classical, neo-classical and contemporary repertory, and from the 1980s, the Baroque and Renaissance ones. She ended her dance career in 2003 with a piece on Isadora Duncan's dances studied with Madeleine Lytton, and performed with Jean Guizerix.

Cyril Atanassoff is a French dancer of Bulgarian descent.

Christiane Vaussard was a French ballet dancer, teacher and choreographer, and an Etoile with the Paris Opera Ballet.

Irène Lidova was an Russian-French dance critic, writer, presenter and producer. She worked in fashion journalism for the magazine Vu before reviewing dance for the weekly literary publication Marianne. Lidova worked as an organiser for concert performances and co-established the Les Ballets des Champs-Elysées in 1945. She joined Roland Petit's Les Ballets de Paris-Roland Petit in 1948 and then became an associate of Milorad Mišković's small dance company in 1956. Lidova also contributed to dance magazines and wrote 27 texts for the dance photographer's Serge Lido's 27 published albums. She was named Chevalier in the Ordre des Arts et des Lettres in 1979.