Liebermann was born in Zürich, and studied composition and conducting with Hermann Scherchen in Budapest and Vienna in the 1930s, and later with Wladimir Vogel in Basel. His compositional output involved several different musical genres, including chansons, classical, and light music. His classical music often combines myriad styles and techniques, including those drawn from baroque, classical, and twelve-tone music.

Liebermann was the director of the Hamburg Staatsoper from 1959 to 1973, and again from 1985 to 1988. [1] During his tenure in Hamburg, he commissioned 24 new operas, including The Devils by Krzysztof Penderecki, Der Prinz von Homburg by Hans Werner Henze, and Help, Help, the Globolinks! by Gian Carlo Menotti. In the intervening years he served as director of the Paris Opera from 1973 to 1980. He died in Paris. [2]

At the inaugural Eurovision Song Contest in 1956, Liebermann acted as the president of the jury; being responsible for moderating and finalising the results of the seven international juries judging the competition. [3] 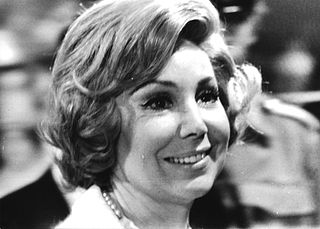 Eduardo Alonso-Crespo is an Argentine composer of classical music. 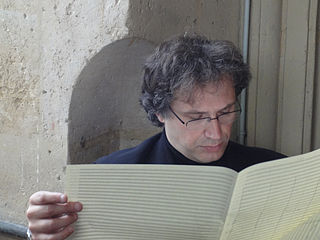 Sebastian Fagerlund is a Finnish composer. He is described as “a post-modern impressionist whose sound landscapes can be heard as ecstatic nature images which, however, are always inner images, landscapes of the mind”. Echoes of Western culture, Oriental music and heavy metal may, for example, all be detected under the same Sky in the music of Fagerlund.

Die Schule der Frauen is a 1957 German-language opera by Rolf Liebermann after Molière's The School for Wives.

Detlev Müller-Siemens is a German composer and conductor.