McNeill was born in Ulster. He was the son of Edmund McNeill,DL,JP,and Sheriff of County Antrim,and his wife Mary (née Miller). He was educated at Harrow and Christ Church,Oxford,graduating in 1886. He was called to the bar in 1888,and started to work as editor of The St James's Gazette (1900–04) as well as assistant editor of the Encyclopædia Britannica (1906–10). [1]

Having unsuccessfully contested the seats of West Aberdeenshire (1906),Aberdeen South (1907 and Jan 1910),and Kirkcudbrightshire (Dec 1910),McNeill was elected as Unionist Member of Parliament for the St Augustine's division of Kent in 1911. Seven years later he became representative for Canterbury,and in 1922 was appointed Under-Secretary of State for Foreign Affairs,a post he held,with a short interval for the first Labour Government of 1924,until 1925.

After serving as Financial Secretary to the Treasury for two years,McNeill was made Chancellor of the Duchy of Lancaster with a seat in the cabinet in 1927. The same year he was also sworn of the Privy Council and,in November 1927,raised to the peerage as The Baron Cushendun,of Cushendun in the County of Antrim. [2] Acting Foreign Secretary in 1928 and twice chief British representative to the League of Nations,Lord Cushendun signed the Kellogg-Briand Pact in August that year. He retired from office in 1929.

From 1910,McNeill resided,when not in London,at Glenmona House in Cushendun,the coastal village in the Glens of Antrim in County Antrim from which he later took his title. He was burnt out of the house in 1922,having a replacement built that was designed by Clough Williams-Ellis. [3] The village also contains buildings designed by Williams-Ellis,built in memory of Lord Cushendun's Cornish wife,Maud,who died in 1925.

Shane O'Neill,was an Irish chieftain of the O'Neill dynasty of Ulster in the mid-16th century. Shane O'Neill's career was marked by his ambition to be the O'Neill—sovereign of the dominant O'Neill family of Tír Eoghain—and thus overlord of the entire province. This brought him into conflict with competing branches of the O'Neill family and with the English government in Ireland,who recognised a rival claim. Shane's support was considered worth gaining by the English even during the lifetime of his father Conn O'Neill,1st Earl of Tyrone. But rejecting overtures from Thomas Radclyffe,3rd Earl of Sussex,the lord deputy from 1556,Shane refused to help the English against the Scottish settlers on the coast of Antrim,allying himself for a short time instead with the MacDonnells,the most powerful of these settlers,Shane viewed the Scottish settlers as invaders,but decided to stay his hand against them with hopes of using them to strengthen his position with the English;however,tensions quickly boiled over and he declared war on the Scottish MacDonnell's defeating them at the Battle of Glentaisie despite the MacDonnells calling for reinforcements from Scotland. The Scottish MacDonnells would later assassinate Shane O'Neill and collect the bounty on his head.

Baron O'Neill,of Shane's Castle in the County of Antrim,is a title in the Peerage of the United Kingdom. It was created in 1868 for the musical composer The Reverend William O'Neill. Born William Chichester,he succeeded to the estates of his cousin John Bruce Richard O'Neill,3rd Viscount O'Neill,in 1855 and assumed by Royal licence the surname of O'Neill in lieu of Chichester in order to inherit the lands of his cousin,despite not being descended in the male line from an O'Neill. The Chichesters trace their lineage to the name O'Neill through Mary Chichester,daughter of Henry O'Neill of Shane's Castle. Lord O'Neill was the patrilineal great-great-great-grandson of John Chichester,younger brother of Arthur Chichester,2nd Earl of Donegall. The latter two were both nephews of Arthur Chichester,1st Earl of Donegall,and grandsons of Edward Chichester,1st Viscount Chichester. Lord O'Neill was succeeded by his eldest son,the second Baron. He sat as a Conservative Member of Parliament for Antrim.

Baron Rathcavan,of The Braid in the County of Antrim,is a title in the Peerage of the United Kingdom. It was created on 11 February 1953 for the Unionist politician Sir Hugh O'Neill,1st Baronet. He had already been created a Baronet,of Cleggan in the County of Antrim,on 17 June 1929. O'Neill was the third son of Edward O'Neill,2nd Baron O'Neill and the uncle of the Prime Minister of Northern Ireland Terence O'Neill,Baron O'Neill of the Maine. Lord Rathcavan was also a male-line descendant of Edward Chichester,1st Viscount Chichester. He was succeeded by his eldest surviving son,the second Baron. He succeeded his father as Unionist Member of Parliament for Antrim in 1952,a seat he held until 1959,and was later a member of the Parliament of Northern Ireland. As of 2014 the titles are held by his son,the third Baron,who succeeded in 1994.

Lord George Francis Hamilton was a British Conservative Party politician of the late 19th and early 20th centuries who served as First Lord of the Admiralty and Secretary of State for India.

Viscount O'Neill,of Shane's Castle in the County of Antrim,was a title in the Peerage of Ireland. It was created in 1795 for John O'Neill,1st Baron O'Neill,who had earlier represented Randalstown and County Antrim in the Irish House of Commons. He had already been created Baron O'Neill,of Shane's Castle in the County of Antrim,in 1793,also in the Peerage of Ireland. He died in 1798 and was succeeded by his son,the second Viscount. In 1800 he was created Viscount Raymond and Earl O'Neill in the Peerage of Ireland. The same year he was elected as one of the original 28 Irish Representative Peers. The viscountcy of Raymond and earldom became extinct on his death in 1841. The barony and viscountcy of O'Neill were passed on to his only brother,the third Viscount. These titles became extinct on the latter's death in 1855. The late Viscount's estates were inherited by his cousin,the Reverend William Chichester,who assumed the surname of O'Neill in lieu of Chichester the same year. In 1868,the O'Neill title was revived when he was created Baron O'Neill. This title is still extant.

A list of people who have served as Lord-Lieutenant of Antrim,located in Northern Ireland.

General Richard Airey,1st Baron Airey,,known as Sir Richard Airey between 1855 and 1876,was a senior British Army officer of the 19th century. 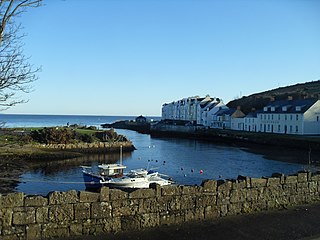 Cushendun is a small coastal village in County Antrim,Northern Ireland. It sits off the A2 coast road between Cushendall and Ballycastle. It has a sheltered harbour and lies at the mouth of the River Dun and Glendun,one of the nine Glens of Antrim. The Mull of Kintyre in Scotland is only about 15 miles away across the North Channel and can be seen easily on clear days. In the 2001 Census it had a population of 138 people. It is part of Causeway Coast and Glens district.

Admiral Frederick Beauchamp Paget Seymour,1st Baron Alcester,was a British naval commander. He was Commander-in-Chief of the Channel Fleet between 1874 and 1877 and of the Mediterranean Fleet between 1880 and 1883. 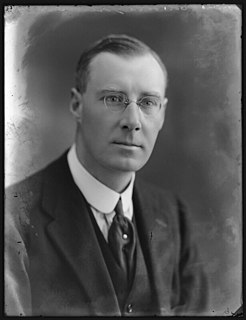 Edward O'Neill,2nd Baron O'Neill,known as Edward Chichester until 1855,was an Irish peer and Conservative politician.

George Ranken Askwith,1st Baron Askwith,KCB,KC,known as Sir George Askwith between 1911 and 1919,was an English lawyer,civil servant and industrial arbitrator.

Ellis MacDonnell,Countess of Antrim was an Irish aristocrat of the late Elizabethan and early Stuart eras.

Wikisource has original works by or about:
Ronald McNeill, 1st Baron Cushendun
This page is based on this Wikipedia article
Text is available under the CC BY-SA 4.0 license; additional terms may apply.
Images, videos and audio are available under their respective licenses.