Sathiseelan Gurilingam "Ronnie" Govender OIS (16 May 1934 –29 April 2021) was a South African playwright, theatre director and activist known for his community theatre efforts. He was known as a pioneer of Indian South African theatre in the country. Some of his notable works included Black Chin White Chin, Song of the Atman, and At the Edge and Other Cato Manor Stories. At the Edge won the 1997 Commonwealth Writers' Prize for best first book, Africa.

Govender received the government of South Africa's Order of Ikhamanga in 2008 for his contributions to democracy, peace and justice in the country through theatre.

Sathiseelan Gurilingam Govender was born on 16 May 1934 in Cato Manor, an Indian neighbourhood of Durban. [1] His father was also born in Cato Manor, while his mother was born in Fynnlands, another part of Durban. His grandparents on both sides of the family came from South India. After completing their term of indenture, his grandparents settled in Cato Manor. Like other Indian families in South Africa, they bought a small plot of land to grow vegetables. His maternal grandfather became a court interpreter. His father was a truck driver and his mother a housewife. Govender had ten brothers and sisters. [1]

After finishing his primary and secondary education, Govender began studying at the University of Cape Town (UCT), and took on a job as a sportswriter for the New Age to pay his fees. [1] In line with the paper's stance against apartheid, Govender encouraged the Indian community to boycott segregated sporting events. [2] However, the newspaper was closed by the authorities one year after Govender joined. Unable to support himself in Cape Town, he returned to Durban and entered Springfield Training College to become a teacher. [1]

After he became a teacher, Govender began his career as a writer. His first play Beyond Calvary (1962) received praise from critics. [3] In 1964, with Muthal Naidoo and Bennie Bersee, [4] he founded a theatre company called the Shah Theatre Academy in opposition to the liberal theatre of the day. [5] He went on to write other plays, including The Lahnee's Pleasure (1972), [6] one of South Africa's longest-running plays. [7] Although Govender received invitations to tour The Lahnee's Pleasure abroad and in mainstream South African theatres, he refused as part of the cultural boycott of apartheid. His short story collection At the Edge and Other Cato Manor Stories won the 1997 Commonwealth Writers' Prize for best first book, Africa. [1] The book built on stories from his childhood growing up in Cato Manor, an Indian neighbourhood of Durban. The book was later adapted to a one-woman performance portrayed by actress Jailoshini Naidoo. [8] The play 1949 (1994), also based on Govender's childhood in Cato Manor, discusses the life of the Indian community in South Africa following the Group Areas Act. [9] His 2007 book Black Chin White Chin was shortlisted for the 2007 Commonwealth Prize. [10] Critics have described Govender's writing style as unadorned, and have said that his works evoke the identity of the Indian community with its vitality, humour, and resilience in a difficult environment. His works have been considered important in constructing the South African national identity. [9] [11]

His daughter, Pregs Govender, is a human rights activist and former South African member of parliament. [13]

The Order of Ikhamanga is a South African honour. It was instituted on 30 November 2003 and is granted by the President of South Africa for achievements in arts, culture, literature, music, journalism, and sports. The order has three classes: 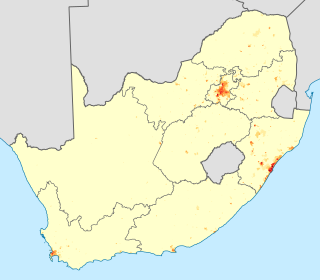 Indian South Africans are South Africans who descend from indentured labourers and migrants who arrived from British-ruled India during the late 1800s and early 1900s. The majority live in and around the city of Durban, making it one of the largest "Indian" cities outside India.

The Durban riots were an anti-Indian pogrom that took place between 13–15 January 1949, primarily by African people targeting Indians in Durban, South Africa. The two days of rioting were exceptionally violent resulting in rape and massacre of Indians, looting, burning of their properties, claiming 142 lives and creating 40,000 Indian refugees.

Richard Moore Rive was a South African writer and academic, who was from Cape Town.

Kessie Govender was a pioneering voice in South African protest theatre, a playwright, actor and theatre director, who founded the Stable Theatre, a Durban-based theatre company in 1970 and is most known for his play, Working Class Hero (1979) and The Shack (1979). 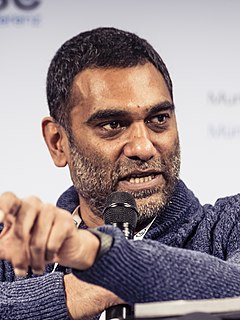 Mandla Langa is a South African poet, short-story writer, novelist, and cultural activist. He grew up in KwaMashu township of Kwazulu Natal. His novel The Lost Colours of the Chameleon won the 2009 Commonwealth Writers' Prize . Langa enrolled for a degree in English and Philosophy at the University of Fort Hare, but was expelled in 1973 as a result of his involvement in the activities of the South African Student Organisation. In 1976, he went into exile and has lived in different countries of Southern Africa as well as in Hungary and the United Kingdom.

Nqobile Nzuza was a resident in the Marikana Land Occupation in Cato Crest, Durban, South Africa. She was a member of the shackdwellers' social movement Abahlali baseMjondolo.

Deshnie Govender, better known as DJ Roxxi, is a South African DJ, who is one of few Indian female club DJs in South Africa. 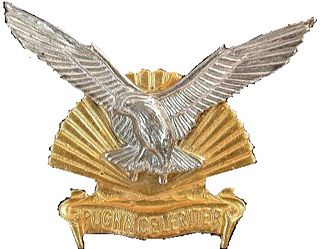 The King Shaka Regiment is a reserve motorised infantry battalion of the South African Army.

The Federation of South African Women (FEDSAW) was a political lobby group formed in 1954. At FEDSAW's inaugural conference, a Women's Charter was adopted. Its founding was spear-headed by Lillian Ngoyi.

Kesaveloo Goonam, also known as Kesaveloo Goonaruthnum Naidoo (1906–1998) was a South African doctor and anti-apartheid activist. She was also called "Coolie Doctor", which became the title of her 1991 autobiography.

The following is a timeline of the history of the city of Durban in the eThekwini Metropolitan Municipality, KwaZulu-Natal province, South Africa.

Dr. Zainab Asvat was a South African anti-apartheid activist. Asvat was trained as a medical doctor, but was politically active most of her life.

Leeanda Antoinette Reddy, is a South African actress. She is best known for her roles in the popular serials Cape Town, Scandal! and Isidingo.

Craigieburn is a township west of Umkomaas in KwaZulu-Natal, South Africa. It was created by the apartheid government in the 1950s to segregate the Indian population.

Siphelele Luthuli is a South African professional soccer player who plays as a midfielder for South African Premier Division side Bloemfontein Celtic.