Last updated January 21, 2021
Not to be confused with Johnny Knox.

Ronald Knox (February 14, 1935 – May 4, 1992) was a National Football League and Canadian Football League quarterback. He played college football at UC Berkeley and UCLA.

A high school All-American at Santa Monica High School, Knox played under the tutelage of coach Jim Sutherland. [1] He played his freshman season for Pappy Waldorf's California Golden Bears before abruptly transferring to UCLA in the fall of 1954. Knox's stepfather, Harvey Knox, was accused of interfering with the Bears' coaching staff and of making extreme monetary demands on the university.[ citation needed ]

The elder Knox had also interfered with his son's high school coaches and Ronnie played for three different high school teams (Beverly Hills, Inglewood, Santa Monica) in three years. [2] Harvey Knox was also accused of interfering in the business of his stepdaughter, actress Patricia Knox. [2] Knox played one season at UCLA in 1955 before being declared ineligible due to accepting "under-the-table" financing. [3]

After leaving UCLA, Knox signed a movie contract with Metro-Goldwyn-Mayer, but he would never appear in any pictures for the studio. [4] Knox signed with the Hamilton Tiger-Cats, [5] but would leave the team after one month to once again pursue a film career. Knox signed with the Calgary Stampeders on October 3, 1956, six days after quitting the Tiger-Cats. [6]

Selected in the third round of the 1957 NFL Draft, Knox signed with the Chicago Bears. He was suspended indefinitely by head coach (and owner) George Halas in early October 1957 for violations which included his stepfather's public criticism of the team and missing two practices and a quarterback tutoring session without reason. [7]

Due to a bitter dispute with the Bears, Knox was not allowed by Halas to play for the Bears or play for any other NFL team. [8] Instead, he signed with the Toronto Argonauts midway through 1958 CFL season with a promise by Harvey Knox to the team that he would not interfere. His most notable performance came on October 25, 1958 when, playing the Ottawa Rough Riders, he passed for 522 yards, then a team record and still second most in Argonaut history. After splitting up with his stepfather, [9] Knox would play only one more season of football before retiring, saying that football was a "game for animals." [10]

Film actor, a drifter, and a poet

After leaving Toronto, Knox appeared in a few movies and television shows, [11] but did not return to football, despite offers from the Oakland Raiders and San Diego Chargers of the newly formed American Football League.

In the 1960s, 1970s, and 1980s Knox drifted around California, residing only a short time in various towns, prior to moving again. In July 1988 a reporter located him as he was moving out of a one-room apartment in Canoga Park. Knox had lived there for just several weeks, spending the majority of his time writing poetry. Aside from past residences in McKinleyville, Malibu, and San Francisco, Knox lived for short periods in other states, i.e. Maine and Texas. He also lived for brief stints in Mexico and Europe.

Having been single since a divorce from painter Renate Druks in 1964, his philosophy was to stay free. Knox compared his lifestyle to the noble savage written about by James Fennimore Cooper. He read English literature by the hour, stretched out on a cot or in his worn out twelve-year-old car. He yearned for a life at sea. [12] 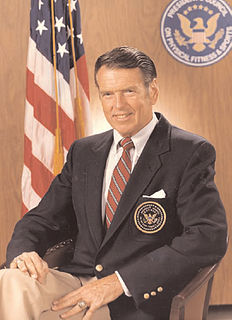 George Herbert Allen was an American football coach. He served as the head coach for two teams in the National Football League (NFL), the Los Angeles Rams from 1966 to 1970 and the Washington Redskins from 1971 to 1977. Allen led his teams to winning records in all 12 of his seasons as an NFL head coach, compiling an overall regular-season record of 116–47–5. Seven of his teams qualified for the NFL playoffs, including the 1972 Washington Redskins, who reached Super Bowl VII before losing to Don Shula's Miami Dolphins. Allen made a brief return as head coach of the Rams in 1978, but was fired before the regular season commenced. 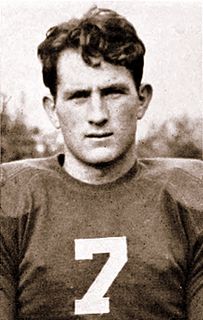 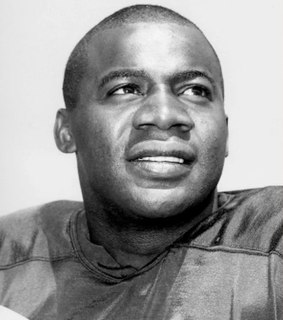 William Vernell Wood Sr. was an American professional football player and coach. He played as a safety with the Green Bay Packers in the National Football League (NFL). Wood was an eight-time Pro Bowler and a nine-time All-Pro. In 1989, Wood was elected to the Pro Football Hall of Fame. 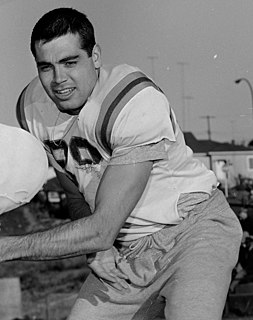 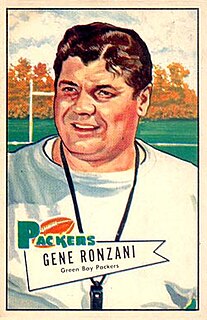 Eugene A. Ronzani was a professional football player and coach in the National Football League. He was the second head coach of the Green Bay Packers, from 1950 to 1953, and resigned with two games remaining in the 1953 season. 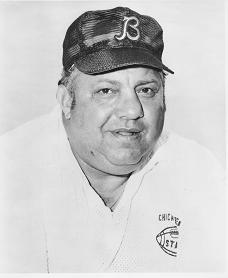 Abraham "Abe" Gibron was a professional American football player and coach. Gibron played 11 seasons as a guard in the All-America Football Conference (AAFC) and National Football League (NFL) in the 1940s and 1950s, mostly with the Cleveland Browns. He was then hired as an assistant coach for the NFL's Washington Redskins and Chicago Bears before becoming head coach of the Bears between 1972 and 1974.

Tommy Joe Hudspeth was an American and Canadian football coach and executive at both the collegiate and professional levels. He was the head coach at Brigham Young University (BYU) from 1964 to 1971, and the University of Texas at El Paso (UTEP) from 1972 through 1973, compiling an overall college football record of 40–56–1. Hudspeth served in the same capacity for the Detroit Lions of the National Football League (NFL) from 1976 until 1977, and Toronto Argonauts of the Canadian Football League (CFL) in 1981, posting a mark of 13–17.

Raymond William Richards was an American football player and coach on both the college and professional levels, including head coach for the Chicago Cardinals of the National Football League (NFL).

Clifton Eugene Abraham, Jr. is a former American and Canadian football player who was a defensive back in the National Football League (NFL) for three seasons. He played college football for Florida State University, and was recognized as an All-American. He played professionally for the Tampa Bay Buccaneers, Chicago Bears and Carolina Panthers of the NFL. Abraham also played for the Toronto Argonauts of the Canadian Football League. 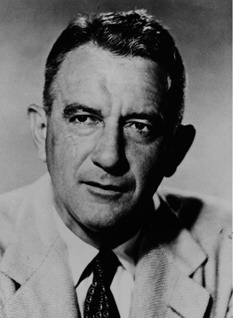 Henry Russell "Red" Sanders was an American football player and coach. He was head coach at Vanderbilt University and the University of California at Los Angeles (1949–1957), compiling a career college football record of 102–41–3 (.709). Sanders' 1954 UCLA team was named national champions by the Coaches Poll and the Football Writers Association of America. Sanders was inducted into the College Football Hall of Fame as a coach in 1996. 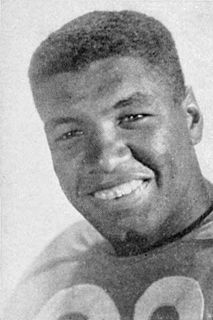 Justin C. Hickman is a gridiron football scout and former defensive end. He currently serves as an analyst and scouting manager for the Tampa Bay Vipers of the XFL. 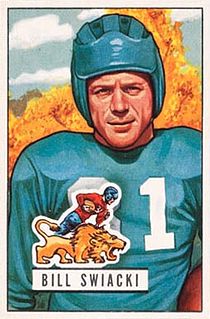 William Adam Swiacki was an American football player and coach. He played college football as an end for Columbia University in 1946 and 1947 and was a consensus first-team All-American in 1947. He played professional football in the National Football League (NFL) for the New York Giants from 1948 to 1950 and for the Detroit Lions in 1951 and 1952. He was a member of the Lions' 1952 team that won the NFL championship. 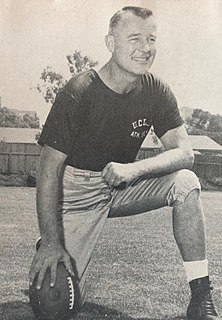 George W. Dickerson was an American college football coach at the University of California at Los Angeles (UCLA). An assistant coach with the Bruins from 1947 to 1957, he was the interim head coach for the first three games in 1958 after the unexpected death of Red Sanders in mid-August. Dickerson was inducted into the UCLA Athletic Hall of Fame in 1987.

Juan Armando Roque is a former American college and professional football player who was an offensive tackle in the National Football League (NFL) and Canadian Football League (CFL). He played college football for Arizona State University, and earned All-American honors. A second-round pick in the 1997 NFL Draft, he played professionally for the NFL's Detroit Lions and then the CFL's Toronto Argonauts. Roque was a color analyst for Fox Sports Arizona's broadcasts of Arizona State football games.

Jim Matheny is a former American football center who played one season with the Toronto Argonauts of the Canadian Football League. He was drafted by the Chicago Cardinals in the 20th round of the 1958 NFL Draft. He played college football at the University of California, Los Angeles and attended Pasadena High School in Pasadena, California. Matheny was also a member of the Houston Oilers of the American Football League.

The 1953 California Golden Bears football team was an American football team that represented the University of California, Berkeley during the 1953 college football season. Under head coach Pappy Waldorf, the team compiled an overall record of 4–4–2 and 2–2–2 in conference.