Roundell Palmer, 1st Earl of Selborne, PC , FRS (27 November 1812 – 4 May 1895) was an English lawyer and politician. He served twice as Lord High Chancellor of Great Britain.

Palmer was born at Mixbury in Oxfordshire, where his father, William Jocelyn Palmer, was rector. His mother Dorothea was daughter of the Rev. William Roundell of Gledstone Hall, Yorkshire. William Palmer and Edwin Palmer were his brothers. [1] He was educated at Rugby School and Winchester College. [2]

Palmer proceeded to the University of Oxford, matriculating from Christ Church, moving to Trinity College upon winning a scholarship there, and becoming a fellow of Magdalen College in 1834. He graduated BA in 1834 and MA in 1836. While at Oxford he became a close friend of the hymnist and theologian, Frederick William Faber. At Oxford he won the Chancellor's Prize for Latin Verse in 1831, the Ireland Scholarship in Greek and the Newdigate Prize in 1832, and the Chancellor's Latin Essay Prize in 1835. He was President of the Oxford Union in 1832.

Palmer was called to the bar at Lincoln's Inn in 1837. He preferred practice at the equity bar, and avoided juries. From 1840 to 1843 he was a leader writer for The Times . He was elected to the House of Commons for Plymouth in 1847. A Peelite, he was defeated in 1852, but was returned in a by-election the following year. He lost his seat in 1857, and was defeated again in 1859.

In 1861, Palmer was appointed Solicitor General in the government of Lord Palmerston and was returned unopposed for Richmond, receiving the customary knighthood. In 1863 he was promoted Attorney General, continuing in office under Lord Russell after Palmerston's death in 1865, until the government's defeat in 1866. His position as a law officer of the Crown meant that he had to handle the many questions of international law that arose out of the American Civil War, including the Alabama affair. [3]

An early follower of Gladstone, Palmer broke with him over the disestablishment of the Irish Church. After the Liberals were returned in the 1868 election, he refused Gladstone's offers to appoint him either as Lord Chancellor or Lord Chief Justice, preferring to be free to oppose Irish disestablishment as a backbencher. He was the leading counsel for Britain before the Alabama Claims tribunal in Geneva.

Despite his continuing opposition to the government on Irish and Church issues, Palmer was appointed on 15 October 1872 as Lord Chancellor under Gladstone. He was created Baron Selborne, of Selborne in the County of Southampton, and was sworn of the Privy Council. [4] His first tenure in office saw the passage of the Judicature Act of 1873, which reorganised the English judiciary. Selborne again held the Lord Chancellorship under Gladstone in 1880–1885. In the latter year he established a Lord Chancellor's Department. He was created Viscount Wolmer, of Blackmoor in the County of Southampton, and the Earl of Selborne in 1882.

After the fall of Gladstone in 1885, Selborne became increasingly alarmed by perceived radical tendencies within the Liberal Party. He finally broke with Gladstone over Irish Home Rule, refusing reappointment as Lord Chancellor when the Liberals returned to office in 1886, and joining the Liberal Unionists.

Selborne married Lady Laura, daughter of William Waldegrave, 8th Earl Waldegrave, in 1848. They had four daughters followed by a son. Their eldest, Laura Elizabeth, was born in 1848 and became an author and social reformer, who in 1876 married George Ridding, the first Bishop of Southwell, so becoming known as Lady Laura Ridding. [6] Their second, Mary Dorothea (1850–1933), married her first cousin, the 9th Earl Waldegrave in 1874. Their third, Sophia Matilda (1852–1915), named after her great-great-aunt, Princess Sophia Matilda of Gloucester, [7] was a writer of fiction and married Amable Charles Franquet, Comte de Franqueville, in 1903. [8] [7] Their fourth, Sarah Wilfreda (1854–1910) married her second cousin, George Tournay Biddulph, son of Robert Biddulph, in 1883. [9] Their son William Palmer, 2nd Earl of Selborne later became a prominent Unionist politician. Lady Selborne died in April 1885. Lord Selborne survived her by ten years and died in May 1895, aged 82. 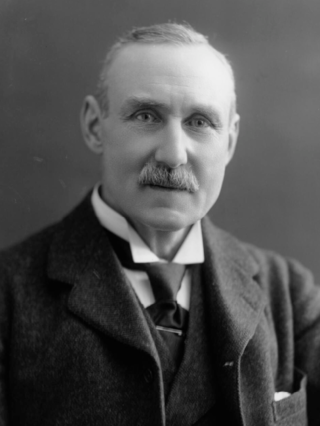 William Waldegrave Palmer, 2nd Earl of Selborne, styled Viscount Wolmer between 1882 and 1895, was a British politician and colonial administrator, who served as High Commissioner for Southern Africa.

Granville George Leveson-Gower, 2nd Earl Granville,, styled Lord Leveson until 1846, was a British Liberal statesman and diplomat from the Leveson-Gower family. He is best remembered for his service as Secretary of State for Foreign Affairs.

Earl of Selborne, in the County of Southampton, is a title in the Peerage of the United Kingdom. It was created in 1882 for the lawyer and Liberal politician Roundell Palmer, 1st Baron Selborne, along with the subsidiary title of Viscount Wolmer, of Blackmoor in the County of Southampton. He had already been made Baron Selborne, of Selborne in the County of Southampton, in 1872, also in the Peerage of the United Kingdom. Both his son, the second Earl, and grandson, the third Earl, were prominent Liberal Unionist politicians. The latter was in 1941 called to the House of Lords through a writ of acceleration in his father's barony of Selborne. The third Earl's grandson, the fourth Earl, served as one of the ninety elected hereditary peers that remain in the House of Lords after the passing of the House of Lords Act 1999, and sat as a Conservative. As of 2021, the titles are held by the latter's son, the fifth earl, who succeeded his father in that year. 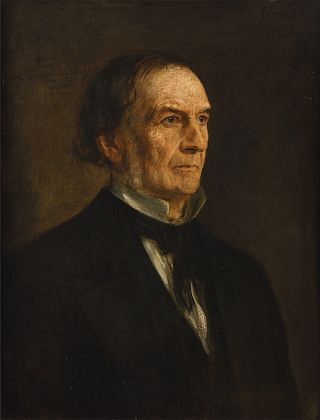 The Conservative government under Benjamin Disraeli had been defeated at the 1868 general election, so in December 1868 the victorious William Gladstone formed his first government. He introduced reforms in the British Army, the legal system and the Civil Service, and disestablished the Church of Ireland. In foreign affairs he pursued a peaceful policy. His ministry was defeated in the 1874 election, whereupon Disraeli formed a ministry and Gladstone retired as Leader of the Liberal Party. 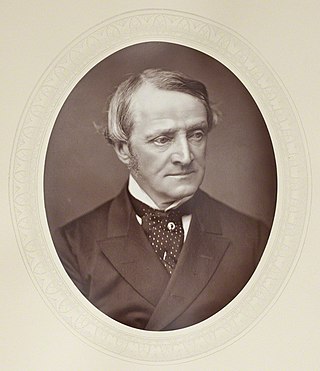 Sidney Faithorn Green (1841–1916) was a British clergyman who, during the Ritualist controversies in the Church of England, was imprisoned for 20 months for liturgical practice contrary to the Public Worship Regulation Act 1874. 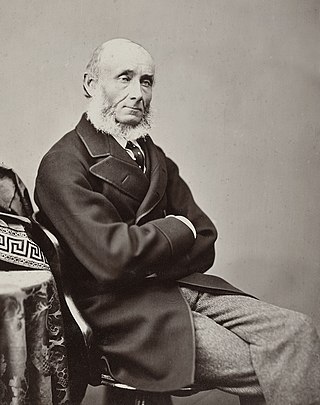 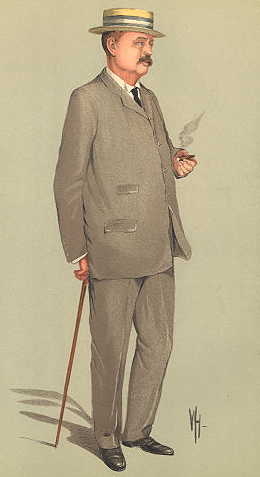 William Frederick Waldegrave, 9th Earl Waldegrave, VD, PC, styled Viscount Chewton between 1854 and 1859, was a British Conservative politician. He served as Captain of the Yeomen of the Guard, government chief whip in the House of Lords, between 1896 and 1905.

John Roundell Palmer, 4th Earl of Selborne,, was a British peer, ecological expert, and businessman. He was one of the hereditary peers elected to remain in the House of Lords after the enactment of the House of Lords Act 1999, sitting as a Conservative. He re-designated as non-affiliated in September 2019 and retired from the House on 26 March 2020.

William Palmer (1811–1879) was an English theologian and antiquarian, an Anglican deacon and a fellow of Magdalen College, Oxford who examined the practicability of intercommunion between the Anglican and Eastern Orthodox Churches. He later became a Roman Catholic.

George Edward Jelf (1834–1908) was an English churchman and Master of Charterhouse.

Captain the Honourable Robert Stafford Arthur Palmer was a British Army officer, barrister and poet. Palmer was born into an aristocratic family. He was the son of William Palmer, 2nd Earl of Selborne, grandson of Robert Gascoyne-Cecil, 3rd Marquess of Salisbury and cousin to Sir Edward Grey. Palmer was educated at Colet Court and Winchester College and developed an interest in the Church of England and law at an early age. He won a scholarship to University College, Oxford, where he studied classical moderations and literae humaniores (classics). At university he was president of the Oxford University Church Union and the Oxford Union debating society. In between studies he volunteered at the Oxford House Church of England settlement and campaigned in support of the Liberal Unionist Party.

Wikimedia Commons has media related to Roundell Palmer, 1st Earl of Selborne .
This page is based on this Wikipedia article
Text is available under the CC BY-SA 4.0 license; additional terms may apply.
Images, videos and audio are available under their respective licenses.