Routledge ( /ˈraʊtlɪdʒ/ ) [2] is a British multinational publisher. It was founded in 1836 by George Routledge, and specialises in providing academic books, journals and online resources in the fields of humanities, behavioural science, education, law, and social science. The company publishes approximately 1,800 journals and 5,000 new books each year and their backlist encompasses over 70,000 titles. [3] Routledge is claimed to be the largest global academic publisher within humanities and social sciences. [4] [5]

In 1998, Routledge became a subdivision and imprint of its former rival, Taylor & Francis Group (T&F), as a result of a £90-million acquisition deal from Cinven, a venture capital group which had purchased it two years previously for £25 million. [6] Following the merger of Informa and T&F in 2004, Routledge became a publishing unit and major imprint within the Informa "academic publishing" division. [7] Routledge is headquartered in the main T&F office in Milton Park, Abingdon, Oxfordshire and also operates from T&F offices globally including in Philadelphia, Melbourne, New Delhi, Singapore, and Beijing. [8]

The firm originated in 1836, when the London bookseller George Routledge published an unsuccessful guidebook, The Beauties of Gilsland, with his brother-in-law W. H. (William Henry) Warne as assistant. In 1848, the pair entered the booming market for selling inexpensive imprints of works of fiction to rail travellers, in the style of the German Tauchnitz family, which became known as the "Railway Library". [9] [10]

The venture was a success as railway usage grew, and it eventually led to Routledge, along with W H Warne's brother Frederick Warne, to found the company, George Routledge & Co. in 1851. [11] The following year in 1852, the company gained lucrative business through selling reprints of Uncle Tom's Cabin , (in the public domain in the UK) which in turn enabled it to pay author Edward Bulwer-Lytton £20,000 for a 10-year lease allowing sole rights to print all 35 of his works [9] [12] including 19 of his novels to be sold cheaply as part of their "Railway Library" series. [13]

By 1899, the company was running close to bankruptcy. Following a successful restructuring in 1902 by scientist Sir William Crookes, banker Arthur Ellis Franklin, William Swan Sonnenschein as managing director, and others, however, it was able to recover and began to acquire and merge with other publishing companies including J. C. Nimmo Ltd. in 1903. In 1912, the company took over the management of Kegan Paul, Trench, Trübner & Co., the descendant of companies founded by Charles Kegan Paul, Alexander Chenevix Trench, Nicholas Trübner, and George Redway. [17]

These early 20th-century acquisitions brought with them lists of notable scholarly titles, and from 1912 onward, the company became increasingly concentrated in the academic and scholarly publishing business under the imprint "Kegan Paul Trench Trubner", as well as reference, fiction and mysticism. In 1947, George Routledge and Sons finally merged with Kegan Paul Trench Trubner (the umlaut had been quietly dropped in the First World War) under the name of Routledge & Kegan Paul. [18] Using C. K. Ogden and later Karl Mannheim as advisers the company was soon particularly known for its titles in philosophy, psychology and the social sciences.

In 1985, Routledge & Kegan Paul joined with Associated Book Publishers (ABP), [19] which was later acquired by International Thomson in 1987. Under Thomson's ownership, Routledge's name and operations were retained, and, in 1996, a management buyout financed by the European private equity firm Cinven saw Routledge operating as an independent company once again. Just two years later, Cinven and Routledge's directors accepted a deal for Routledge's acquisition by Taylor & Francis Group (T&F), with the Routledge name being retained as an imprint and subdivision. [20]

In 2004, T&F became a division within Informa plc after a merger. Routledge continues as a primary publishing unit and imprint within Informa's 'academic publishing' division, publishing academic humanities and social science books, journals, reference works and digital products. Routledge has grown considerably as a result of organic growth and acquisitions of other publishing companies and other publishers' titles by its parent company. [21] [22] [23] Humanities and social sciences titles acquired by T&F from other publishers are rebranded under the Routledge imprint. [22]

The famous English publisher Fredric Warburg was a commissioning editor at Routledge during the early 20th century. Novelist Nina Stibbe, author of Love, Nina , worked at the company as a commissioning editor in the 1990s. [24] Influential cultural studies editor William Germano served as vice-president and publishing director for over two decades before becoming dean of the humanities at Cooper Union. [25]

Routledge has published many of the greatest thinkers and scholars of the last hundred years, including Adorno, Bohm, Butler, Derrida, Einstein, Foucault, Freud, Al Gore, Hayek, Jung, Levi-Strauss, McLuhan, Marcuse, Popper, Johan Rockström, Russell, Sartre, and Wittgenstein. The republished works of some of these authors have appeared as part of the Routledge Classics [26] and Routledge Great Minds series. Competitors to the series are Verso Books' Radical Thinkers, Penguin Classics, and Oxford World's Classics.

Routledge has been criticised for a pricing structure which "will limit readership to the privileged few", as opposed to options for "open access without tears" offered by DOAJ, Unpaywall, and DOAB. [27]

Taylor and Francis closed down the Routledge print encyclopaedia division in 2006. Some of its publications were:

George Routledge was a British publisher, the founder of the publishing house Routledge.

The International Who's Who is a Who's Who series of reference books of notable people worldwide that has been published annually since 1935.

Maney Publishing was an independent academic publishing company that was taken over by Taylor & Francis in 2015. Maney Publishing specialised in peer-reviewed academic journals in materials science and engineering, the humanities, and health science. Maney published extensively for learned societies, universities, and professional bodies.

William Heinemann Ltd., with the imprint Heinemann, was a London publisher founded in 1890 by William Heinemann. Their first published book, 1890's The Bondman, was a huge success in the United Kingdom and launched the company. He was joined in 1893 by Sydney Pawling. Heinemann died in 1920 and Pawling sold the company to Doubleday, having worked with them in the past to publish their works in the United States. Pawling died in 1922 and new management took over. Doubleday sold his interest in 1933.

Marcel Dekker was a journal and encyclopedia publishing company with editorial boards found in New York City. Dekker encyclopedias are now published by CRC Press, part of the Taylor and Francis publishing group.

Frederick Warne & Co. is a British publisher founded in 1865. It is known for children's books, particularly those of Beatrix Potter, and for its Observer's Books. 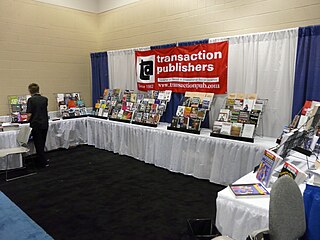 Transaction Publishers was a New Jersey-based publishing house that specialized in social science books and journals. It was located on the Livingston Campus of Rutgers University. Transaction was sold to Taylor & Francis in 2016 and merged with its Routledge imprint. 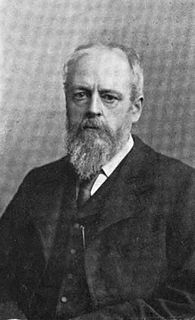 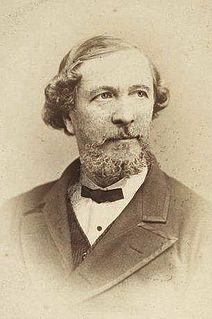 Greenleaf Publishing is a UK-based publishing imprint specializing in corporate responsibility, business ethics, environmental policy and management, future business strategy and practice, and sustainable development. Founded in 1992 as an independent publisher, the company became part of GSE Research Limited, an online scholarly publisher specializing in governance, sustainability and the environment, in 2012. In 2017, the company was sold to Taylor & Francis and became part of its Routledge imprint.