Rowing Canada Aviron (RCA), formally the Canadian Amateur Rowing Association, is a non-profit organization recognized by the Government of Canada and the Canadian Olympic Committee as the national governing body for the sport of rowing in Canada. RCA represents 15,000 registered members at all levels, including novices, juniors, university students, adaptive, seniors and masters, whether they row for recreation, health and fitness or competition. This includes clubs such as the St. Catharines rowing club, and the Victoria City Rowing Club.

RCA was founded as The Canadian Association of Amateur Oarsmen in 1880 by the rowing clubs then in existence to coordinate and regulate the sport of amateur rowing. In 1974, its name was changed to the Canadian Amateur Rowing Association.

RCA is a member of the Canadian Olympic Committee and the International Rowing Federation (FISA), the international federation for rowing.

Rowing is the sport of racing boats using oars. It differs from paddling sports in that rowing oars are attached to the boat using oarlocks, while paddles are not connected to the boat. Rowing is divided into two disciplines: sculling and sweep rowing. In sculling, each rower holds two oars—one in each hand, while in sweep rowing each rower holds one oar with both hands. There are several boat classes in which athletes may compete, ranging from single sculls, occupied by one person, to shells with eight rowers and a coxswain, called eights. There are a wide variety of course types and formats of racing, but most elite and championship level racing is conducted on calm water courses 2 kilometres (1.2 mi) long with several lanes marked using buoys.

A sports governing body is a sports organization that has a regulatory or sanctioning function.

The World Rowing Federation, or World Rowing, previously known as FISA, is the international governing body for rowing. Its current president is Jean-Christophe Rolland who succeeded Denis Oswald at a ceremony held in Lucerne in July 2014. 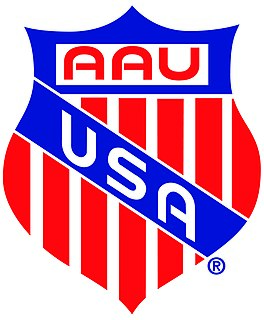 British Rowing, formerly the Amateur Rowing Association (ARA), is the governing body for the sport of rowing. It is responsible for the training and selection of individual rowers and crews representing Great Britain and England, and for participation in and the development of rowing in England. Scottish Rowing and Welsh Rowing oversee governance in their respective countries, organise their own teams for the Home International Regatta and input to the GB team organisation.

The United States Rowing Association, commonly known as USRowing, is the national governing body for the sport of Rowing in the United States. It serves to promote the sport on all levels of competition, including the selection and training of those who represent the US at international level. 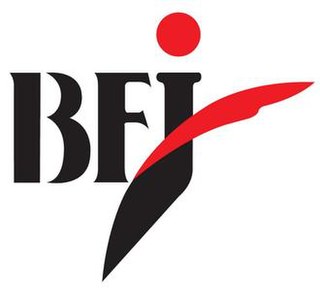 The Japan Cycling Federation, abbreviated to JCF is the national governing body of cycle racing in Japan. It was established in 1995 to cover both amateur and professional cycle racing.

Canoe Kayak Canada is the governing body of competitive canoeing and kayaking disciplines in Canada. The three specific disciplines represented are flatwater, whitewater and marathon. Canoe Kayak Canada officially replaced the name "Canadian Canoe Association" in 2005, although the former title is still used by the organization. The name change came about from a desire to include the kayaking discipline in the organization's name.

The International Sumo Federation (IFS) is the largest international governing body of sport Sumo with over 87 member countries. It was formed in 1992 and is the only Sumo organization recognised by the International Olympic Committee and World Anti-Doping Agency.

The Rowing Federation of India (RFI) is the central body for the game of rowing in India. It was formed on August 30, 1976 with a view to make the sport of Rowing popular in India. It is affiliated with the Indian Olympic Association and Fédération Internationale des Sociétés d'Aviron and Asian Rowing Federation.

Shooting sports in Canada are practised in various ways across the country. Canadians enjoy the sports at recreational and competitive levels, including international and at the Olympic level. Each province has its own organizations that govern the various disciplines. Many of the disciplines are connected nationally and some are part of larger international organizations.