Leandro Delantar Alvarez (March 23, 1950 – February 11, 2014), better known by his screen name Roy Alvarez, was a Filipino actor, director and screenwriter for film, television and theater in the Philippines.

He was born on March 23, 1950 in Pagbilao, Quezon, Philippines as Leandro Delantar Alvarez. He finished his Bachelor of Science in Commerce at the University of Santo Tomas in Manila, Philippines. He lived for some time in the United States.

He was also a lecturer and speaker on Consciousness Development, Inner and Outer Ecology, Healing Mother Earth and Zero Waste Management.

In March 1989, he signed an eight-picture deal with Viva Films, and was set to star in the film Imortal alongside Vilma Santos and Christopher de Leon; [1] however, he eventually dropped out of the project.

He was married to Nieves Campa and they have a daughter, Miren Alvarez who is married to Paolo Fabregas, a son of his friend and fellow actor Jaime Fabregas.

Alvarez died on February 11, 2014, due to cardiac arrest, a month before his 64th birthday. His remains is at Garden of Divine Word At Christ The King Semenary in Quezon City [2] He is survived by his wife, Nieves Campa-Alvarez, and daughter, Miren Alvarez-Fabregas. 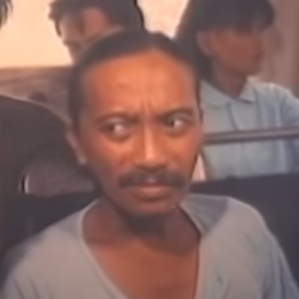 Renato "Rene" Labago Requiestas was a Filipino actor and comedian. Requiestas was one of the top Filipino comedians of the late 1980s up to the early 1990s. Requiestas was known for his sidekick roles alongside other comedy actors such as Joey de Leon and his pairing with Kris Aquino in romantic comedies, as well as his distinctive gaunt, toothless appearance. 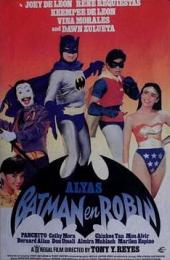 Alyas Batman en Robin is a 1991 Filipino musical-comedy film which spoofs the titular superheroes from DC Comics, Batman and Robin. It stars Joey de Leon as Batman, Rene Requiestas as the Joker, Dawn Zulueta as Angelique Legarda, Vina Morales as Vina, de Leon's son Keempee as Robin, and Panchito as the Penguin. Several songs in the film use melodies taken from other pop songs such as "At the Hop" and "Surfin' Safari". 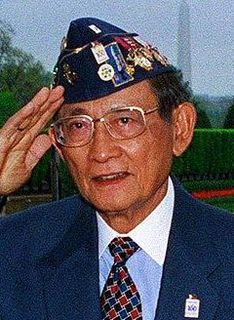 The 1992 Philippine presidential and vice presidential elections were held on May 11, 1992. This was the first general election held under the 1987 Constitution. An estimated 80,000 candidates ran for 17,000 posts from the presidency down to municipal councilors.

Antonio Viana Hernandez, also known as Anthony and Tony, was a Filipino actor, singer, and councilor of Quezon City.

Michael Benedict P. Rodriguez was a Filipino actor and model. He got his start in show business when he was discovered by the filmmaker, a National Artist for Film, Lino Brocka, who cast him in a Close Up commercial in 1981. Often referred to as the "Filipino Christopher Reeve", he was most famous for his roles on the television sitcom Palibhasa Lalake and opposite Sharon Cuneta in the 1983 movie To Love Again. Rodriguez was also known for having appeared with Snooky Serna in the 1984 film Experience in which he played the character who protected Snooky from a person stalking her. 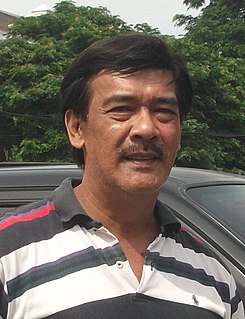 Parsons Agliam Nabiula Jr., known professionally as Sonny Parsons, was a Filipino actor, singer, director and politician in the Philippines. He was a member of Hagibis, an all-male sing-and-dance group in the late 1970s to the early 1980s, who were coined as the Filipino version of the Village People. He was a councilor in Marikina. He died on May 10, 2020 from a heart attack.

The 37th FAMAS Awards Ceremony presented by the Filipino Academy of Movie Arts and Sciences, honored the best in Filipino film for 1988.

Felix Manalo is a 2015 Filipino biographical film about the life of Felix Ysagun Manalo, the first Executive Minister of the Iglesia ni Cristo, and the church he preached. Manalo is regarded by the members of the Iglesia ni Cristo as the last messenger of God and the restorer of the true Church of Christ, whom the INC gives the title Sugò. The story and screenplay were written by INC evangelism head Bienvenido Santiago. The film was directed by Joel Lamangan. All content of the film was screened and approved by the INC. 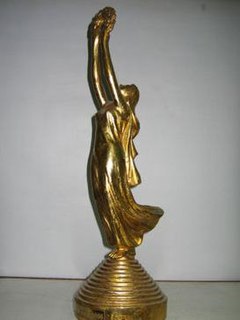 The Luna Awards are awards given annually by the Film Academy of the Philippines (FAP) to recognize the outstanding achievements of the Filipino film industry. The first awards were presented in 1983 in Pasay. It is considered to be the Philippine counterpart of the Oscars. It used to be known as the FAP Awards until in 2005 when it got its current name. Since 2007, the Academy started holding simple awards ceremonies due to lack of government funding and reduction of its share from MMFF earnings. This also caused some delays for ceremony scheduling.

PMPC Star Awards for Movies is an annual award-giving body recognizing the outstanding films in the Philippines. It was operated by entertainment writers founded by the Philippine Movie Press Club in 1985. These are the award categories to be given away. 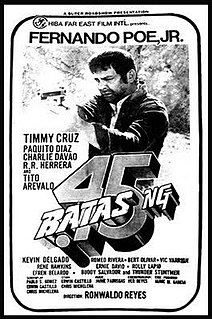 Batas ng .45 is a 1991 Filipino action film directed by Fernando Poe Jr. who also stars in the film along with Timmy Cruz, Paquito Diaz, Charlie Davao, R.R. Herrera, and Tito Arevalo. The film was produced and released by Chiba Far East Film International on May 30, 1991.

Afuang: Bounty Hunter is a 1988 Philippine biographical action film directed by Mike Relon Makiling. The film stars Phillip Salvador as the title role. The film is based on the life of Abner Afuang, a former police officer who was a Pagsanjan mayor by the time the film was released.

Arrest: Pat. Rizal Alih – Zamboanga Massacre is a 1989 Filipino action film directed by comic book writer Carlo J. Caparas and written by Caparas and Tony Mortel. It stars Ramon Revilla as the titular patrolman, alongside Vilma Santos, Eddie Garcia, Marianne Dela Riva, Paquito Diaz, Raoul Aragonn, Baldo Marro, Charlie Davao, and Rosemarie Gil. Based on the Camp Cawa-Cawa siege in January 1989, the film was written and shot within the span of two months, receiving criticism from the chief of the Civil Relations Service of the Armed Forces of the Philippines who faulted it as "premature" and potentially inappropriate. Zamboanga Massacre was released by The Golden Lions Productions on March 8, 1989. Caparas considers Zamboanga Massacre to be among the films of which he is the proudest.

Patrolman, also known as Patrolman: Based on a True Story, is a 1988 Filipino action film directed by Cesar SB. Abella and starring stuntman Baldo Marro as the titular patrolman. It also stars Melissa Mendez, Sunshine, Raoul Aragonn, Dick Israel, Zandro Zamora, Arwin Rogelio, and Odette Khan. Based on a true story, the film is about a dedicated and honest policeman who becomes a target of the New People's Army's Sparrow Unit. The film was produced by El Niño Films and released on December 25, 1988 as part of the 14th Metro Manila Film Festival (MMFF).

Lorenzo Ruiz: The Saint... A Filipino is a 1988 Filipino religious biographical film about the life and martyrdom of Saint Lorenzo Ruiz, the first canonized saint of the Philippines. Directed by Maria Saret and written by Serge Custodio Jr., it stars Mat Ranillo III as the titular saint, alongside Charito Solis, Dang Cecilio, Juco Diaz, Rose Ann Gonzales, and Alvin Enriquez.