Sir Henry Roy Forbes Harrod (13 February 1900 – 8 March 1978) was an English economist. He is best known for writing The Life of John Maynard Keynes (1951) and for the development of the Harrod–Domar model, which he and Evsey Domar developed independently. He is also known for his International Economics, a former standard textbook, the first edition of which contained some observations and ruminations (wanting in subsequent editions) that would foreshadow theories developed independently by later scholars (such as the Balassa–Samuelson effect).

Born in London [1] he attended St Paul's and then Westminster School. Harrod attended New College in Oxford on a history scholarship. After a brief period in the Artillery in 1918 he gained a first in "literae humaniores" in 1921, and a first in modern history the following year. Afterwards he spent some time in 1922 at King's College, Cambridge. It was there that he met and befriended Keynes. [2]

After moving back to Oxford, he became a Student (i.e., Fellow) and Tutor in economics at Christ Church. He held the fellowship in modern history and economics until 1967. He remained in contact with Keynes until Keynes's death in 1946, and was later his biographer (1951). Harrod was additionally a Fellow at Nuffield College 1938 to 1947 and from 1954 to 1958.

During the Second World War, he was briefly in Winston Churchill's "S-branch" – a statistical section within the Admiralty.

At the 1945 General Election he stood as Liberal candidate for Huddersfield and finished third.

Interviewed for the book Authors take Sides on Vietnam, Harrod declared himself a supporter of the American military campaign in Indochina. [5]

Assar Lindbeck, the former chairman of the Nobel Prize Committee, wrote that Harrod would have been awarded a Nobel Memorial Prize in Economic Sciences if he had lived longer.

Harrod married Wilhelmine "Billa" Cresswell (1911–2005), step-daughter of General Sir Peter Strickland, in 1938. [6] One of their sons was Dominick Harrod, an economics correspondent for the BBC. [7]

The Life of John Maynard Keynes

After the death of his Cambridge friend and colleague, the economist John Maynard Keynes, in 1946, Harrod and Austin Robinson wrote a lengthy obituary of Keynes for The Economic Journal. [8] At the encouragement of Geoffrey Keynes, Harrod then undertook the task of writing a major biography of Keynes. The Life of John Maynard Keynes was published to widespread acclaim in 1951, at a time when most of Keynes's family and friends were still alive.

With the post-war influence of so-called Keynesian economics and then challenges to it, cultural interest in the Bloomsbury Group, and the publication of thirty volumes of The Collected Writings of John Maynard Keynes in the 1970s and 1980s, [9] high interest in Keynes's life led to further biographies, most prominently by Robert Skidelsky and Donald Moggridge, and to detailed studies such as by Donald Markwell on Keynes and international relations. These works have corrected and added details to the Keynes depicted by Harrod, and Skidelsky in particular has contrasted his account of Keynes with what he has depicted as Harrod's hagiography. [10]

John Maynard Keynes, 1st Baron Keynes, was an English economist, whose ideas fundamentally changed the theory and practice of macroeconomics and the economic policies of governments. Originally trained in mathematics, he built on and greatly refined earlier work on the causes of business cycles. One of the most influential economists of the 20th century, his ideas are the basis for the school of thought known as Keynesian economics, and its various offshoots. 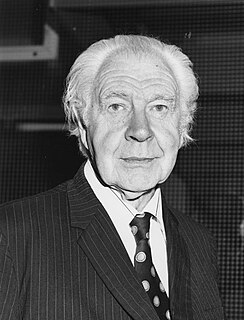 Colin Grant Clark was a British and Australian economist and statistician who worked in both the United Kingdom and Australia. He pioneered the use of gross national product (GNP) as the basis for studying national economies.

The Harrod-Domar model is a Keynesian model of economic growth. It is used in development economics to explain an economy's growth rate in terms of the level of saving and of capital. It suggests that there is no natural reason for an economy to have balanced growth. The model was developed independently by Roy F. Harrod in 1939, and Evsey Domar in 1946, although a similar model had been proposed by Gustav Cassel in 1924. The Harrod–Domar model was the precursor to the exogenous growth model.

Robert Jacob Alexander, Baron Skidelsky, is a British economic historian. He is the author of a three-volume award-winning biography of British economist John Maynard Keynes (1883–1946). Skidelsky read history at Jesus College, Oxford, and is Emeritus Professor of Political Economy at the University of Warwick, England. 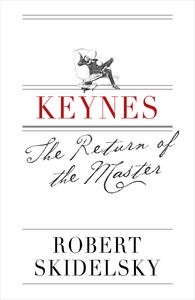 Keynes: The Return of the Master is a 2009 book by economic historian Robert Skidelsky. The work discusses the economic theories and philosophy of John Maynard Keynes, and argues about their relevance to the world following the Financial crisis of 2007–2010. In contrast to the 30 years he needed to write his prize-winning biography on Keynes, the author was able to write this 240-page book in only three months.

Dominick Roy Harrod was a British journalist and broadcaster. He was the BBC's economic correspondent in the 1970s and 1980s.

Wilhelmine Margaret Eve "Billa" Harrod, was a British writer and architectural conservationist, best known for saving the mediaeval churches of Norwich, and the wife of the economist Sir Roy Harrod.