Roy Jay Glauber (September 1, 1925 – December 26, 2018) was an American theoretical physicist. He was the Mallinckrodt Professor of Physics at Harvard University and Adjunct Professor of Optical Sciences at the University of Arizona. Born in New York City, he was awarded one half of the 2005 Nobel Prize in Physics "for his contribution to the quantum theory of optical coherence", with the other half shared by John L. Hall and Theodor W. Hänsch. In this work, published in 1963, he created a model for photodetection and explained the fundamental characteristics of different types of light, such as laser light (see coherent state) and light from light bulbs (see blackbody). His theories are widely used in the field of quantum optics. [5] [6] In statistical physics he pioneered the study of the dynamics of first-order phase transitions, since he first defined and investigated the stochastic dynamics of an Ising model in a largely influential paper published in 1963. [7] He served on the National Advisory Board [8] of the Center for Arms Control and Non-Proliferation, the research arms of Council for a Livable World.

Glauber was born in 1925 in New York City, the son of Felicia (Fox) and Emanuel B. Glauber. [9] He was a member of the 1941 graduating class of the Bronx High School of Science, the first graduating class from that school. He then went on to do his undergraduate work at Harvard University. After his sophomore year he was recruited to work on the Manhattan Project, where (at the age of 18) he was one of the youngest scientists at Los Alamos National Laboratory. His work involved calculating the critical mass for the atom bomb. After two years at Los Alamos, he returned to Harvard, receiving his bachelor's degree in 1946 and his PhD in 1949. [10]

Glauber's recent research dealt with problems in a number of areas of quantum optics, a field which, broadly speaking, studies the quantum electrodynamical interactions of light and matter. He also continued work on several topics in high-energy collision theory, including the analysis of hadron collisions, and the statistical correlation of particles produced in high-energy reactions.

Specific topics of his research included: the quantum mechanical behavior of trapped wave packets; interactions of light with trapped ions; atom counting-the statistical properties of free atom beams and their measurement; algebraic methods for dealing with fermion statistics; coherence and correlations of bosonic atoms near the Bose–Einstein condensation; the theory of continuously monitored photon counting-and its reaction on quantum sources; the fundamental nature of "quantum jumps"; resonant transport of particles produced multiply in high-energy collisions; the multiple diffraction model of proton-proton and proton-antiproton scattering.

Glauber received many honors for his research, including the Albert A. Michelson Medal from the Franklin Institute in Philadelphia (1985), [11] the Max Born Award from the Optical Society of America (1985), the Dannie Heineman Prize for Mathematical Physics from the American Physical Society (1996), and the 2005 Nobel Prize in Physics. Professor Glauber was awarded the 'Medalla de Oro del CSIC' ('CSIC's Gold Medal') in a ceremony held in Madrid, Spain. [12] He was elected a Foreign Member of the Royal Society (ForMemRS) in 1997. [2]

For many years before winning his Nobel Prize, Glauber was familiar to audiences of the Ig Nobel Prize ceremonies, where he took a bow each year as "Keeper of the Broom," sweeping the stage clean of the paper airplanes that have traditionally been thrown during the event. He missed the 2005 event, though, as he was being awarded his real Nobel Prize for Physics.

Glauber was a guest scientist at the European Organization for Nuclear Research (CERN) in 1967, during a sabbatical. [13]

Nicolaas "Nico" Bloembergen was a Dutch-American physicist and Nobel laureate, recognized for his work in developing driving principles behind nonlinear optics for laser spectroscopy. During his career, he was a professor at Harvard University and later at the University of Arizona and at Leiden University in 1973.

Emil Wolf was a Czech-born American physicist who made advancements in physical optics, including diffraction, coherence properties of optical fields, spectroscopy of partially coherent radiation, and the theory of direct scattering and inverse scattering. He was also the author of numerous other contributions to optics.

Willis Eugene Lamb Jr. was an American physicist who won the Nobel Prize in Physics in 1955 "for his discoveries concerning the fine structure of the hydrogen spectrum." The Nobel Committee that year awarded half the prize to Lamb and the other half to Polykarp Kusch, who won "for his precision determination of the magnetic moment of the electron." Lamb was able to determine precisely a surprising shift in electron energies in a hydrogen atom. Lamb was a professor at the University of Arizona College of Optical Sciences. 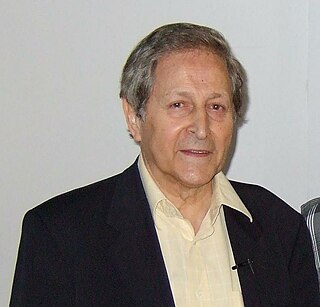 Quantum optics (QO) is a field of research that uses semi-classical and quantum-mechanical physics to investigate phenomena involving light and its interactions with matter at submicroscopic levels. In other words, it is quantum mechanics applied to photons or light. 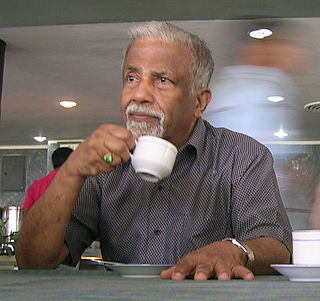 Ennackal Chandy George Sudarshan was an Indian-American theoretical physicist and a professor at the University of Texas. Sudarshan has been credited with numerous contributions to the field of theoretical physics, including Glauber–Sudarshan P representation, V-A theory, tachyons, quantum Zeno effect, open quantum system and Lindblad equation, spin–statistics theorem, non-invariance groups, positive maps of density matrices, and quantum computation. His other contributions include east–west relations, and the philosophy an religion. 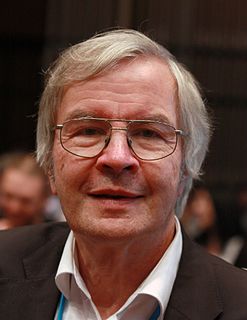 Arthur Ashkin was an American scientist and Nobel laureate who worked at Bell Laboratories and Lucent Technologies. Ashkin has been considered by many as the father of optical tweezers, for which he was awarded the Nobel Prize in Physics 2018 at age 96, becoming the oldest Nobel Laureate until 2019 when John B. Goodenough was awarded at 97. He resided in Rumson, New Jersey. 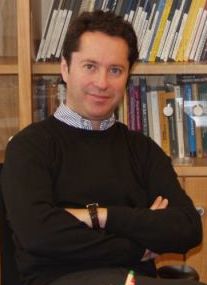 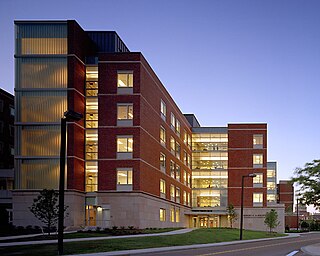 The Institute of Optics is a department and research center at the University of Rochester in Rochester, New York. The Institute grants degrees at the bachelor's, master's and doctoral levels through the University of Rochester School of Engineering and Applied Sciences. Since its founding, the Institute has granted over 2,400 degrees in optics, making up about half of the degrees awarded in the field in the U.S. The Institute is made up of 16 full-time professors, 8 professors with joint appointments in other departments, 5 adjunct professors, 12 research scientists, 11 staff, about 100 undergraduate students and about 100 graduate students.

The MIT School of Science is one of the five schools of the Massachusetts Institute of Technology, located in Cambridge, Massachusetts, United States. The School is composed of 6 academic departments who grant SB, SM, and PhD or ScD degrees; as well as a number of affiliated laboratories and centers. As of 2020, the Dean of Science is Professor Nergis Mavalvala. With approximately 275 faculty members, 1100 graduate students, 700 undergraduate majors, 500 postdocs, and 400 research staff, the School is the second largest at MIT. As of 2019, 12 faculty members and 14 alumni of the School have won Nobel Prizes.

In his historic paper entitled "The Quantum Theory of Optical Coherence," Roy J. Glauber set a solid foundation for the quantum electronics/quantum optics enterprise. The experimental development of the optical maser and later laser at that time had made the classical concept of optical coherence inadequate. Glauber started from the quantum theory of light detection by considering the process of photoionization in which a photodetector is triggered by an ionizing absorption of a photon. In the quantum theory of radiation, the electric field operator in the Coulomb gauge may be written as the sum of positive and negative frequency parts

In physics, Bose–Einstein correlations are correlations between identical bosons. They have important applications in astronomy, optics, particle and nuclear physics.

Howard John Carmichael is a British-born New Zealand theoretical physicist specialising in quantum optics and the theory of open quantum systems. He is the Dan Walls Professor of Physics at the University of Auckland and a principal investigator of the Dodd-Walls Centre. Carmichael has played a role in the development of the field of quantum optics and is particularly known for his Quantum Trajectory Theory (QTT) which offers a more detailed view of quantum behaviour by making predictions of single events happening to individual quantum systems. Carmichael works with experimental groups around the world to apply QTT to experiments on single quantum systems, including those contributing to the development of quantum computers. He is a Fellow of Optical Society of America, the American Physical Society and the Royal Society of New Zealand. He was awarded the Max Born Award in 2003, the Humboldt Research Award in 1997 and the Dan Walls Medal of the New Zealand Institute of Physics in 2017. In 2015, he was recognised as an Outstanding Referee by the American Physical Society.