Rubén Fernando da Silva Echeverrito (born 11 April 1968) is a retired Uruguayan footballer who played as a striker. He played for a number of clubs in Uruguay, Argentina, Spain, Italy and Mexico.

Da Silva started his career in 1986 with Danubio in the Primera División Uruguaya. In 1988, he helped the team to win the league title, contributing 23 goals, which also won him the title of topscorer.

Da Silva then moved to Italy in 1991, where he played for U.S. Cremonese before returning to River Plate in 1992, where he was topscorer in the Clausura 1993, prompting his move to CD Logroñés in Spain

In 1995 Da Silva left Boca to join Rosario Central, where he won the Copa Conmebol (currently known as Copa Sudamericana) in 1995, and was again topscorer of Argentina, with 15 goals in the Apertura 1997 tournament.

Da Silva had a two-year spell with UAG Tecos in Mexico before returning home to Uruguay with Club Nacional de Football in 2000. Nacional won the Primera Division in 2000, then Da Silva returned to his first club, Danubio, where he retired in 2004 after helping the club to claim the Primera division title.

Racing Club de Avellaneda, also known simply as Racing, is an Argentine professional sports club based in Avellaneda, a city of Greater Buenos Aires. Founded in 1903, Racing has been historically considered one of the "big five" clubs of Argentine football. Racing currently plays in the Primera División, the top division of the Argentine league system.

Danubio Fútbol Club is a Uruguayan association football club based in Montevideo. 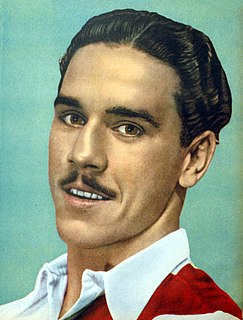 Ruben Sosa Ardaiz is a Uruguayan former professional football forward. He was a member of the Uruguay national team and a plethora of clubs around the world. 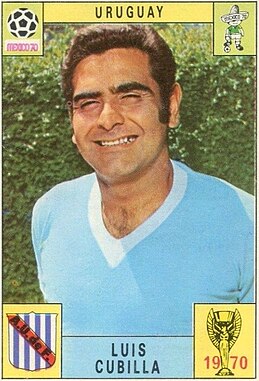 Juan Carlos ("Toto") Lorenzo was an Argentine football player and coach. He is an icon for Boca Juniors fans, as he coached the club to its first two Copa Libertadores titles.

Carlos Heber Bueno Suárez is a Uruguayan professional footballer who plays for Cerro Largo F.C. as a striker. 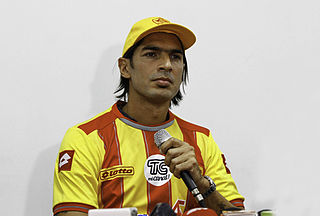 Washington Sebastián Abreu Gallo is a Uruguayan professional footballer who plays as a striker for Boston River, also being their manager.

Jorge Orosmán da Silva Echeverrito is a Uruguayan former footballer who played as a striker, and the current manager of Emirati club Al-Ittihad Kalba SC.

Hernán Rodrigo López Mora, also known as Rodrigo López, is an Uruguayan former footballer who played as a forward. He is currently the head coach of Sportivo Luqueño.

Carlos Manuel Morete Markov, commonly known as Carlos Morete, is a retired Argentine football striker. He was born in the city of Munro in Greater Buenos Aires, and is one of the few players to have played for and won titles with Argentina's three biggest clubs: River Plate, Boca Juniors and Independiente. He was part of 5 championship winning teams in Argentina as well as being the topscorer in three Argentine championships. He scored 245 top goals in the Argentine Primera División and La Liga in Spain making him one of the top marksmen in the history of football. 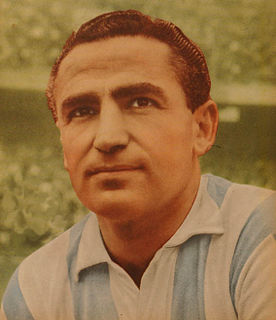 Juan José Pizzuti was an Argentine football striker and football manager. He enjoyed his most notable successes as player and manager with Racing Club de Avellaneda.

Santa Tecla Fútbol Club is a Salvadoran multi-sport club based in Santa Tecla. Although they compete in a number of different sports, Santa Tecla is mostly known for its professional association football team. The club currently plays in the Primera División, the top tier of El Salvador football. Santa Tecla was founded in 2007, and currently plays its home games at the 10,000 capacity soccer-specific Estadio Las Delicias. 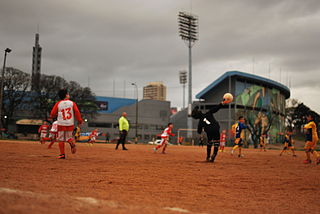