The sport in Asia is currently dominated by Japan, [4] the only Asian nation to be represented on World Rugby's executive council. [5] The Japanese national team are so far the only Asian team to have competed in the Rugby World Cup, [6] having appeared in all seven tournaments so far. Japan served as the hosts for the 2019 Rugby World Cup, which saw them become the first Asian country to host the tournament. [7]

The Top League is Japan's premier rugby club competition, founded in 2003. In 2016, the Sunwolves joined the Southern Hemisphere-based Super Rugby. The team is based in Tokyo but also plays home games in Singapore.

Sixteen Asian teams are full members of World Rugby, though one (Guam) is arguably in Oceania.

There are also six Asian associate members of World Rugby:

Like Georgia and Russia, and as in football, Armenia, Azerbaijan and Israel play in Europe, though Kazakhstan does not.

The 1991 World Cup was the first to operate a qualification system, the 1987 WC having been invitation-only. In the qualifying stage, Asia was combined with Oceania and given two berths. Only four countries took part; Japan, South Korea, Tonga and Western Samoa (Australia, Fiji and New Zealand were automatic qualifiers). Played as a four-team round-robin, Western Samoa and Japan finished first and second respectively courtesy of Japan's 28–16 win over Tonga, with the Japanese becoming the first Asian team to appear at the World Cup.

Although they lost their first two games and did not qualify for the quarter-finals, Japan secured third spot in their group with a 52–8 win over Zimbabwe.

For the 1995 WC, Asia held its own tournament, with the winner qualifying for the finals. This time eight countries entered (Hong Kong, Japan, Malaysia, Singapore, South Korea, Sri Lanka, Taiwan and Thailand), and were split into two groups, with the winners of each group playing each other for the single qualification berth. The final play-off saw Japan beat South Korea 26–11.

The group stages showed the inequalities in the Asian game; Japan won 103–9 against Malaysia, whilst Hong Kong thrashed Singapore 164–13. The World Cup itself did little to showcase Asian rugby, as Japan lost every game, including a humiliating 145–17 defeat against the All Blacks.

For the 1999 WC, Asia was given an extra qualification spot, albeit a repechage one. The same eight countries entered the qualification stages, but to avoid the scorelines witnessed in the previous competition, it was held on a three-stage basis; Singapore, Sri Lanka and Thailand competing in the first round-robin (with Sri Lanka going through); Malaysia, Sri Lanka and Taiwan in the second round (with Taiwan progressing); and then Hong Kong, Japan, South Korea and Taiwan in the third round. Japan again emerged victorious, with a 134–6 win over Taiwan going some way to regain the pride lost in the finals in South Africa four years earlier. South Korea took part in the repechage, beating Holland 108–45 on aggregate in the first round, before losing 140–41 over two legs to Tonga. Japan once again lost all their games in the World Cup proper.

Asia retained its single berth plus repechage spot (vs. Oceania) in the 2003 WC qualifiers. This time, eleven teams took part, with the Arabian Gulf, China and Kazakhstan joining the fray.

Before Japan and South Korea entered the competition, the other nine teams were split into three round-robin pools, with the winners (China, Hong Kong and Taiwan) then playing another round-robin with the top team (Taiwan) going on to the final pool with Japan and South Korea, which would decide the automatic and repechage qualifying spots. Japan again emerged victorious, beating their previous score against Taiwan in a 155–3 win at home (their largest ever win), followed by a 120–3 scoreline in the away match. South Korea again finished second, also thrashing Taiwan 119–7, and repeated their previous repechage performance, losing 194–0 over two legs to the Tongans.

Thirteen teams competed in the Asian qualifying tournament for the 2007 WC, Guam and India joining the competition for the first time.

Hong Kong, Japan and Korea formed Division One (2005), with Hong Kong finishing bottom and replaced by Arabian Gulf, who had won Division Two (2005). Taiwan finished bottom of Division Two, and were replaced by Sri Lanka, winners of the 3a-3b play-off over Kazakhstan. In the second round, Arabian Gulf finished bottom of Division One (2006), and were replaced in the final round by Hong Kong, who won Division Two (2006). In the final group, Japan again emerged victorious, sealing their place at the World Cup with a comprehensive 54–0 defeat of South Korea, who went on to lose to the Tongans for the third successive time, this time 85–3 in a one-off match in Wellington.

In qualification for the 2007 Rugby World Cup, thirteen Asian Rugby Football Union (ARFU) nations compete for one full place, and one repechage place. No Asian teams qualified for the quarter finals in 2003, so none qualify automatically in 2007. Only Japan has been to the World Cup, participating in all five RWCs to date, with only one win in 1991 (England) against Zimbabwe, 52-8. Asia 1 will go into Group B with Australia, Wales, Fiji and Canada. 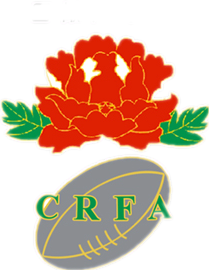 The 2003–04 ARFU Asian Rugby Series was the first edition of a tournament created by Asian Rugby Football Union for national teams.

The 2001 Singer Sri Lankan Airlines Rugby 7s was the third year of the Singer Sri Lankan Airlines Rugby 7s tournament. All matches were played at Bogambara Stadium in Kandy, Sri Lanka on 15 and 16 September 2001. 2001 was the second year that the competition was expanded to include non-Asian rugby playing nations, with teams from the Belgium, Czech Republic, Denmark and Germany competing. Chinese Taipei defeated South Korea in the final to take the Cup for the second time, becoming the first team to win the cup twice. The Czech Republic and Denmark won the Bowl and Plate finals respectively.

The 2000 Singer Sri Lankan Airlines Rugby 7s was the second year of the Singer Sri Lankan Airlines Rugby 7s tournament. All matches were played at Bogambara Stadium in Kandy, Sri Lanka. Following the success of the inaugural competition the previous year the tournament was made an open event and expanded to 16 teams, with four teams from Europe competing. Chinese Taipei defeated South Korea 38 points to 21 in the final of the Cup, with the Bowl final won by Thailand and the Plate final by Japan.

The 2015 Asia Rugby Championship, or ARC, was the inaugural tri-nations series for top-level rugby union in Asia and the twenty-eighth continental championship for the ARFU nations. The Asia Rugby Championship replaced the former Asian Five Nations in 2015, with only three nations competing in the top division instead of the previous five. The inaugural series included Hong Kong, Japan and South Korea. Other Asian nations competed in the lower division tournaments.

The 2018 Asia Rugby Championship was the fourth annual rugby union series for the top-level Asia Rugby nations. The Asia Rugby Championship in 2018 formed part of the World Cup qualifying process and, as such, did not include Japan who had already qualified as the 2019 Rugby World Cup host. Hong Kong and South Korea were joined by Malaysia, promoted from Division 1, to compete in the 2018 series. Other Asian nations played in the lower division tournaments.